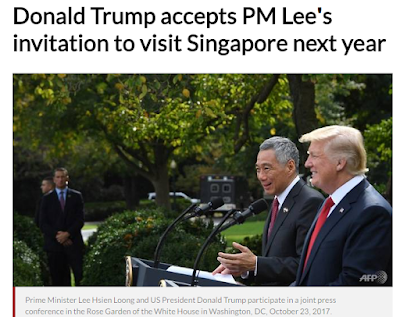 US$14b is less than RM70 Billion.  Our Clown promised Trump RM100 Billion "to help strengthen the US economy" or some crap.

How come Trump is NOT visiting Malaysia??  Can I have my money back?

For RM100 Billion, Trump should not only visit Malaysia but he should sit down for halal  teh tarik by the Klang River  (I just thought that up.) 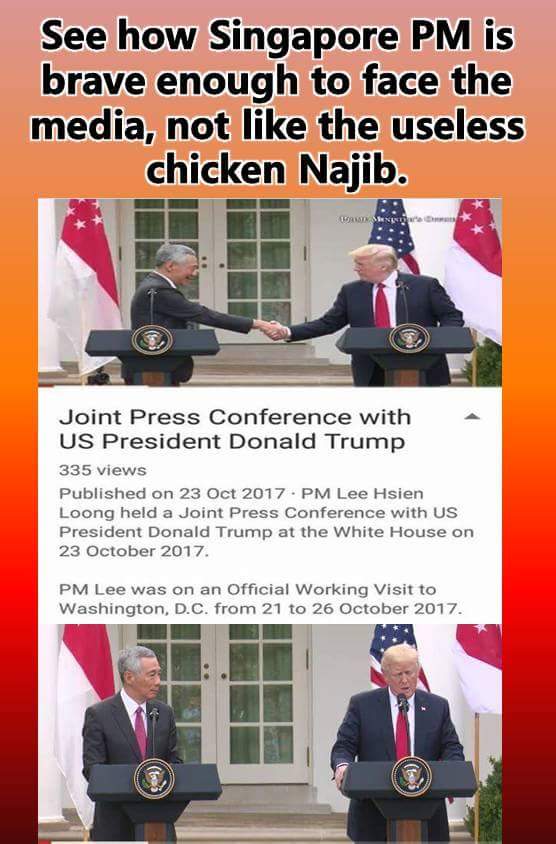 Trump and Lee had a joint Press Conference in the Rose Garden at the White House. Both the American and S'porean Cabinet members had a working luncheon.

That is why when Trump told the Clown, 'Ok say what you want to say' the Clown had to read from a prepared script like a school boy. 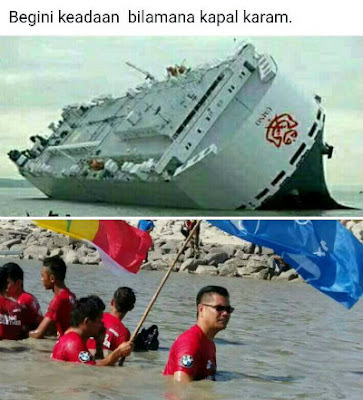 Referring the two articles (by the MCE dropout  Moron of Manchester aka MOM)  the advisers and dedak bloggers have come to the conclusion that the ship is sinking. All are running to save their own lives.

At the same time each one of them is trying to get the most for himself and sending signals that "I know most and dont push me around". It is clearly true and we were already informed earlier, that there is no more separation of powers between judiciary and the executive.

In this case as MOM has written, the THREE SENIOR JUDGES got involved and warned Lanun to sack Sg Kolok. As a reward for this timely warning, some of those expired judges were extended.  But they kept repeating to the whole world 'there is no interference in the independence of the judiciary'.

Judges who are really independent are transferred or bypassed for promotion or forced to retire. Their judgements show how independent the judges are. Sg Kolok was recommended as a replacement by Tun Z_k_ ,  who like Sg Kolok also loved   'special spicy Tom Yam'  across that river. They were both 'spicy Tom Yam' kakis.

Za_aria was happy to have a fellow Serambi Maksiat fellow as  top legal.  Mamak Lawyer was also happy so that he could control Sg Kolok. The Court of Appeal ruled that the Lembu Condo case must go on. But the case was dropped simply based on a letter written by Mamak Lawyer.

Mamak Lawyer was paid over RM9 million fees.He promised to give a Press Statement over that RM9 million fee. Was the RM9 million also stolen money? But until now he has not given the statement,  hoping that people will forget. Indeed M'kini, FMT, M'sian Insight and The Edge have forgotten about his promise.

It seems the RCI  was recommended by Mamak Lawyer to put blame on Tun M. But the idea has seriously backfired. Sg Kolok was not consulted.

Sg Kolok has requested to be appointed High Commissioner to England  His wife has ideas of her own. The fight with Mamak Lawyer will likely go on but Sg Kolok is unlikely to win.

The fight against corruption seems to be selective. So far there have been no prosecutions.
Is it just for show.  Doraemon case, An--r Musa, Bung M_kht_r,  Sports guys,  S_bah Water, J_h_r  all full of noise but no more sound now. Gone quiet.

Captain Corruption announced will not take action against politicians in case people accuse of politically motivated prosecution. But now going for Shaf_e Apd_l.   And also trying luck in Selangor.

Just a PR gimmick before elections, to show that govt is anti corruption. They may charge some underlings in 1_DB to show that no one else is involved.

We all know what Fake MBA has been  doing. He seriously needs protection. But can Sg Kolok protect him? Sg Kolok announced he will sue Moron of Manchester. Ok please do so quickly.  Get your friends in London to file the suit.

Will Mamak Fake MBA also sue?  M'kini, FMT, The Edge, M'sian Insight should ask Fake MBA.What about Lanun? Will Lanun also sue?  Utusan Meloya, Tiga Suku TV and New Toilet Paper  have not carried the story at all. Why not?  Before this they gave so much publicity to the Moron of Manchester.

There really is a big fight that has started among the snakes around the Lanun. The snakes have started biting each other. The Lanun should know that he must never keep poisonous snakes.  They will eventually bite you. - ostb 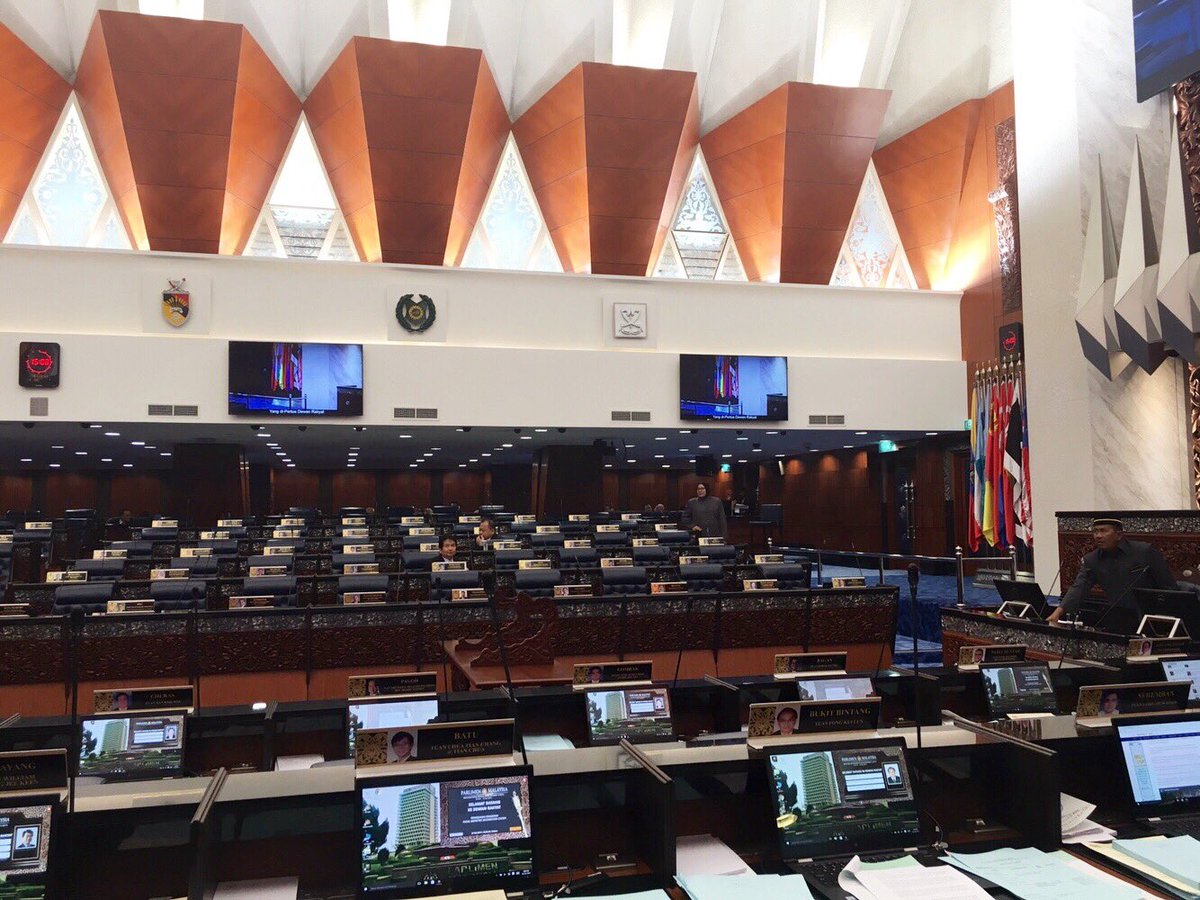 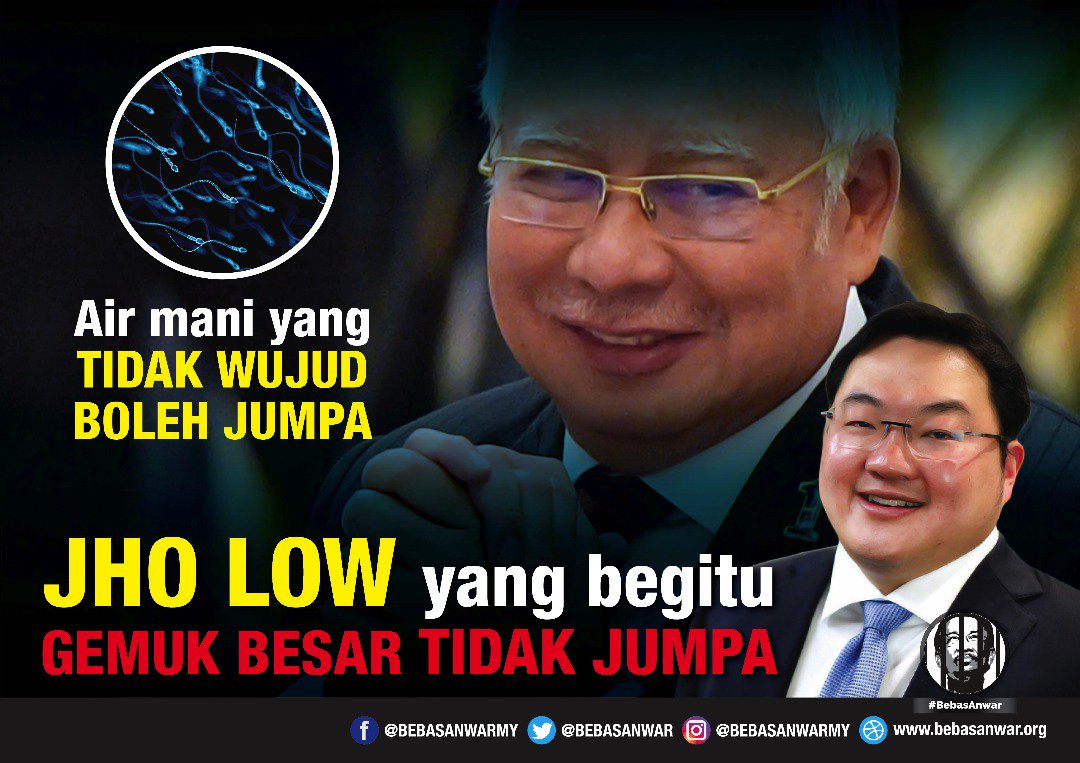