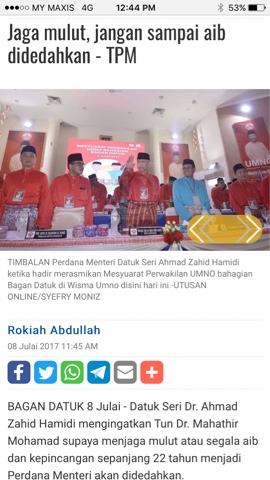 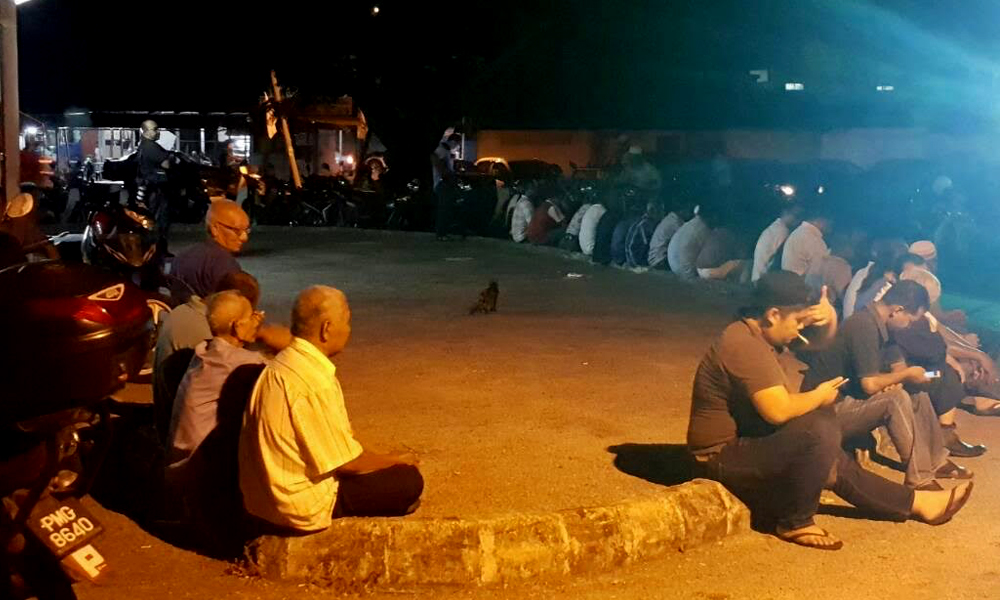 DAP leaders may appear to be experts in the 1MDB narrative, armed with powerpoint presentations of charts and statistics at the ceramah Sayangi Malaysia, Hapuskan Kleptokrasi (Love Malaysia, Rid Kleptocracy) in Penaga, Penang, last night.

But the audience remained subdued, probably due to the barrage of jargons and figures of the complicated 1MDB trail thrown at them at such a late hour.

Attended by about 300, the event, the first to be held in a rural Malay area, an Umno stronghold, and part of a bigger rally which is slated for September, started at 9pm and ended two and half hours later.

Eventually, it was PKR secretary-general Saifuddin Nasution Ismail who had the crowd in stitches with his short speech, targeting individuals who allegedly bought “illegal assets with stolen money” from the state fund started by Prime Minister Najib Abdul Razak.

Starting with Penang-born businessperson Low Teak Jho or Jho Low, the central figure of the 1MDB fiasco, Saifuddin warned "as long as Umno or BN is in power, this person will be protected”.

"But the moment we (Pakatan Harapan) declare victory in the coming polls, as soon as we take our oaths and form a new government, we will order all airports closed to Jho Low," Saifuddin said, drawing laughter from the crowd of mostly senior citizens.

Globally, the embattled fund’s dealings abroad are currently under probe in several countries, while the US Department of Justice (DOJ) has embarked on a civil suit to recover the stolen assets, including luxury homes, hotels, paintings and jewelleries worth more than US$ 1billion (RM4.5 billion).

Saifuddin stunned the simple kampung folk when he showed them the image of Mrs MO1 with the now infamous 22-carat pink diamond necklace, saying the DOJ files alleged that the jewellery was purchased for the wife of Malaysian Official 1 (MO1).

Umno minister Abdul Rahman Dahlan has identified Najib as the MO1 although the prime minister has vehemently denied any wrongdoings, saying there will be no more statements on the 1MDB as many had been issued about it.

"But when she goes down to the ground and meet with children from the villages, she appears very simple and loving," said Saifuddin.

When the former MP finally showed a photo of Islamic leader PAS president Abdul Hadi Awang, whose party has declared war on former allies DAP and PKR, the crowd burst into laughter.

But Saifuddin had a serious message for Muslims when he said that it was wrong for Umno to have dragged the ulama and mufti into the ring, to defend "theft, robbery and crime" committed by perpetrators of the 1MDB scandal.

He appealed to the religious side of the Malay folk by reminding them that "protecting such crimes (kemungkaran), stealing billions and enjoying it” were totally against Islam.

"Does he (Hadi) even know what is happening in the 1MDB scandal, how much was stolen and laundered, how much was used to purchase jewelleries by Jho Low for his girlfriend (Australian model Miranda Kerr)?”.

"All he can say is that there is foreign interference to win elections in the country, but these are the assets we want to recover so we can channel back the money to small traders, for scholarships and for the poor," he added. 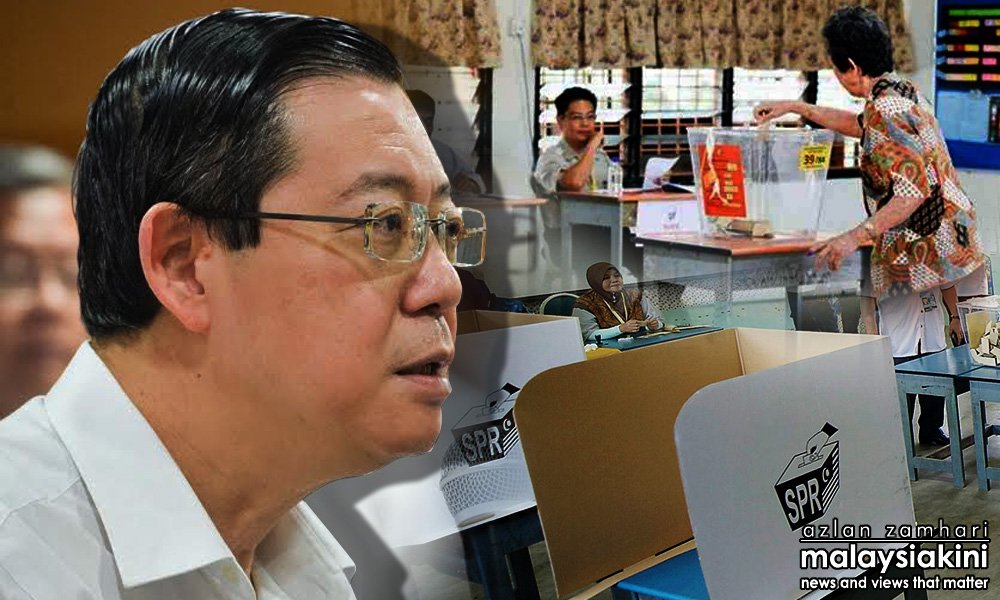 Why did ROS take 4 years
to order re-election...

DAP secretary-general Lim Guan Eng today questioned why the Registrar of Societies took four years to decide that the previous re-election of the party leadership was invalid and another must be held. Lim said the decision, less than a year before Parliament expires and a general election must called, would affect DAP's preparations in the coming general election, the 14th for the country.

"We feel it is strange as we already went for re-election in 2013.

"That was four years ago, why are they only asking us to redo it now?"

"It will definitely affect our preparations for the next general election," Lim told a press conference in George Town today.

DAP had conducted a re-election after it fudged the first election results due to an excel sheet error. If the DAP complies with the ROS' latest instruction, it will have held three elections for its leadership for the term of 2013-2016.

The leadership's 2013-2016 term expired last September, but DAP is able to postpone its election for 18 months, in accordance with its constitution. This was to prepare for the forthcoming general election. Lim said a central executive committee (CEC) meeting would be convened tomorrow to discuss the matter.

"I want to listen to views from our CEC members. We have various opinions, but we are all in a shock with what stated by ROS today.

"What I want to say is that the final decision will be made by the CEC. Of course, we are not satisfied.

"But whether will hold a fresh election, we will announce tomorrow, subject to the ROS letter," he said.

The ROS' decision was made after it met with Deputy Prime Minister Ahmad Zahid Hamidi, who is also home minister.

Also today, DAP parliamentary leader Lim Kit Siang claimed that it was not apparent that there was a plan for ROS to declare DAP's leadership as invalid.

"It is now quite clear that, in retrospect, Tengku Sariffuddin had prematurely let the cat out of the bag as to what is in store for the DAP in his political exchange with Liew a week ago," Lim said in a statement today.

He said the government had perpetrated "fake news" that some delegates were not allowed to vote in DAP's re-election on top of claims of "phantom delegates". Even independent observers, he said, have bought into this claim, with one even claiming the issue was a ticking time bomb by DAP's own design.

"The ROS' decision for fresh DAP election of the CEC, beacuse the 2012 CEC election and the 2013 CEC re-election were not lawful and valid, is most ridiculous.

"The DAP emergency CEC meeting tomorrow will decide on the party’s next course of action," Lim added. - mk 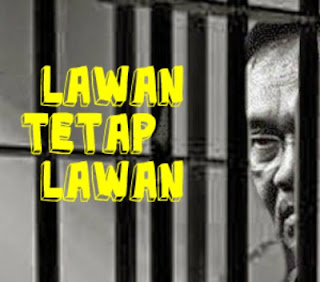