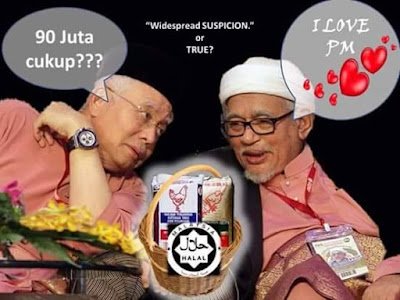 A quiet revolt is taking place
in PAS,Sabah and Sarawak...

Investors in the country are confident that there will be no regime change after the next general election slated to be held before 2018. There can be many issues unfavourable to the present regime but the Opposition is riven by political skirmishes that they see no alternative at the moment.

The Opposition is fragmented and one political party in the Opposition is living with their dreams, illusions and rhetoric. PAS – to be direct –  is now “neither here nor there”. Astute Umno apparently knows how to play their political game well and PAS with its present leadership who lacks political wisdom is too naïve to understand Umno’s fiddly political trickeries.

“Willy” Umno may sound high and nigh to co-operate with PAS in facing the next general election. The usual ruse and pretext will be for “Malay and Islamic solidarity” and this grandiloquence is lullabying PAS into slumber. In reality, Umno leaders and the grassroots are not at all keen to taking in PAS into their fold. All the beats and drumming by Umno leaders at this moment is merely to see Malay support for Umno and indirectly wane PAS in the process.

Umno will go on mollifying PAS to go into three-corner fights in the next general election. If this materialises – seemingly it will – PAS will lose Kelantan. PAS can forget Terengganu. PAS will also lose all their present 15 state seats in Selangor. Predictably, their MP seats will be reduced to perhaps two or three. Then PAS can forget about presenting any bills relating to the Sharia in Parliament. Their state seats will be trifled to negligibility. They will no doubt win rhetorically in their political sermons leading to the election but in the electoral battle ground PAS will be a wash out.

It will then be time for them to lick their wounds but this will be too late. In such a state, PAS will be politically incinerated to a point of no return for the next two or three general elections.  PAS’ 60 over years of political struggle will then be assigned to the silo. 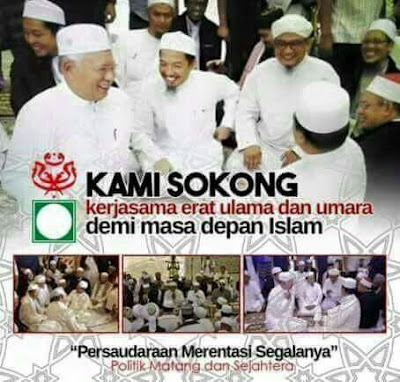 A PAS-Umno alliance, if this were to happen, will be too dicey for Umno and BN. With PAS in, Sabah and Sarawak – aka BN’s fixed deposit – will not favour BN anymore. The other BN component parties will be torn asunder as non-Muslims and the liberal Malay Muslim will distance themselves from Umno-PAS. What a dilemma would this be then for Umno?

It will be a game loser for Umno and thus the likelihood of Umno taking in PAS into its fold is going to be very slim indeed. With PAS being played out by Umno, the party will be left to wonder in its own desolate territory – facing “a neither here nor there” political syndrome.

BN despite all the onslaughts by the Opposition is still sturdy. The coalition comprises multi-racial and multi-religious parties.  This is indeed a smart partnership – a political premise built since the country’s Independence. They have the political wisdom – the wisdom that to win elections they have to put aside their differences and work with all races and people of all religions.  Moderation and reasonableness in politics have made BN a viable coalition and the choice for majority Malaysians. BN has survived for the past 60 over years based on this time-tested formula.  PAS, unfortunately has been visionless and is still oblivious to this successful formula of BN.

And with a split Opposition, BN will win the next general election – some foreseeing that it will be held before March 217.  PAS may turn away from Pakatan Harapan (PH) and Parti Pribumi Bersatu Malaysia (PPBM) in forming a feasible coalition to take on BN. PAS may decide to go alone with their two weak partners – Berjasa and Parti Ikatan Bangsa Malaysia, though both of which are of no great worth in Malaysian politics. Besides that, PAS of “two minds” may work out for a win-win formula with Umno by fielding candidates in a three-corner fights expecting for some rewards from Umno after the election. These are dithering moments for the Opposition.

In all these settings though, PAS will be the end loser. PAS’s loss will indubitably be Umno’s gain. Alas, PAS with its present leadership has now grassed the party of more than 60 years.  PAS’ political sagacity now is becoming mired with uncertainties and haziness and is in fact earning the wrath of electorate within and without the party. The consequence of all this has enfeebled the Opposition considerably.

Umno will go all out to drag PAS out of the hopeful grand coalition of the Opposition that will include PAS, PH and PPBM.  It’s not that Umno desires PAS to be part of BN, but it’s purely a political ploy to debilitate PAS and the Opposition. Umno knows that a united Opposition will see BN lose the next general election.  Umno is cognizant of the fact that if it’s going to be a one-to-one electoral battle, BN will lose the general election. Umno is also mindful that PAS still commands a considerable support from the rural and semi-urban electorate. This is what Umno fears most before calling for a general election anytime soon, until PAS and the Opposition are derailed. 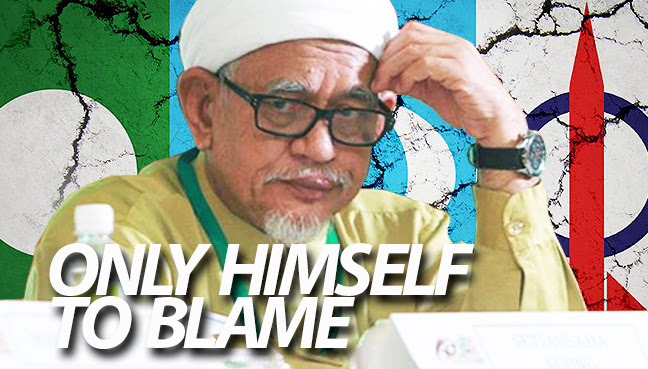 PAS will be played out again

Sad to say, PAS under its present leadership will be played out again and again by Umno. The present enfeebled PAS is Umno’s main target now. As such, the onus is for PAS to make a wise political decision. And PAS has three choices to choose prior to the general election:

Firstly is to swallow their undeservedly pride and be with PH and PPBM to form a strong coalition to take BN on a one-to-one electoral battle. The battle should be based on a common policy framework that can convince the electorate into voting for the Opposition. This course will rattle BN and the Opposition will have a better chance to win the next general election. No doubt that PAS presently may not be a popular party with its ambiguous approach to politics but at least a one-to-one fight in the next general election and the prevailing negative sentiments electorate have against the BN government, the Opposition can make a huge stride and win big in the 14th general election.

Secondly, PAS can be a political partner in BN by merging with Umno or be a component party in BN. This however will be a sore to BN, Sabah and Sarawak. The move will not favour Umno either. Only the political heads in PAS will approve to this move expecting for some recompenses in case BN wins with this strategy, but majority of the grassroots from both Umno and PAS will object to this. Apparently, Umno’s sincerity in bringing PAS into its fold is doubtful and suspicious.

Thirdly, PAS may decide to do it alone with its three member coalition. This will be a very weak entity that will see PAS losing big in the election. It will tantamount to a three-corner electoral battle just like how it happened in the recent by-elections for the Kuala Kangsar and Sungai Besar seats. With split votes for the Opposition candidates, BN turned out victorious in those by-elections. If truth be told, this strategy is actually Umno’s and BN’s dream.  And with such a move in all electoral seats, Umno and BN will win big in the 14th general election.  Can this also be PAS’ plan?

A fractured Opposition is going to be Umno/BN’s gain. This is observably Umno/BN’s strategy for the 14th general election. And the trophy will be theirs again for another five years, most probably with the present Umno leader remaining as the prime minister.

Nevertheless, pundits can be proven wrong as in Donald Trump’s case where the favourite Hillary Clinton was badly trounced in the recent 45th US Presidential Election.  The disarrayed Opposition in Malaysia can only hope for this to happen. - Moaz Nair 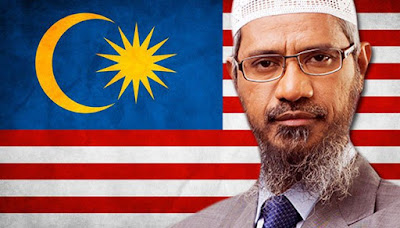