When the rain finally came to Baling, Kedah yesterday, it failed to drown the voices of thousands who turned up to relive the memories of a mass rally held by a group of progressive students for farmers' rights 40 years ago.

Usually a sleepy hollow, the public field in Kupang yesterday was flooded with a sea of green T-shirts, tudungs and banners with PAS symbols, with youths carrying anti-government posters seeking various rights.

Dubbed 'Perhimpunan Derita Rakyat 2.0' organised by PAS Youth, the half-day event, started at 3pm but only ended at midnight, after the party's president Abdul Hadi Awang and Kedah commissioner Mahfuz Omar had delivered their speeches.

Mahfuz claimed 40,000 people attended the event, while journalists on the ground estimate the crowd to be about 10,000.

In 1974, the original rally held by the Action Front of the National Union of Malaysian Islamic Students ended up with Anwar Ibrahim, then leader of the Malaysian Islamic Youth Movement, arrested under the Internal Security Act.

But the opposition leader and Permatang Pauh MP was missing from the event last night, though it was this very rally four decades ago that launched his career in politics.

Meanwhile, a heavy downpour at 5.30pm caused a slight commotion when the crowd gathered their mats to escape the rain, and was chided by the emcee to stay put.

"Sit down! We did not have rain for three months! Now that it rains, you want to leave?

"If you can't even stand the rain, don't talk about the sufferings of the people," he shouted.

The crowd, still in good spirits, responded by urging their leaders to join them under the rain, while they moved closer to the stage with their umbrellas.

Even when a piece of scaffolding holding a PAS banner in the middle of the field fell, the crowd shouted "Takbir! Takbir!".

Anyone who had a tale to tell about the community shared their views yesterday, including Siti Aishah Ghazali (left), the wife of a rubber tapper, who said "I know the sufferings of those like me. The prices of rubber have been too low for far too long that we find it hard to make ends meet."

She is not alone in her dilemma although various efforts are being made to aid the community who are among the poorest of the rural poor, as the price of rubber currently stands at RM2.30 per kg.

It is also learnt that rubber tappers who tap about 600 trees only earn about RM30 per day.

"I once saw a payslip of a rubber tapper which clearly stated that the man only earned RM5, how is he going to survive with that kind of income? How does he support his family?" Mazlan asked.

He vowed to send a memorandum on the plight of these rubber tappers to Prime Minister Najib Razak but has yet to get a chance to do it.

PAS national youth chief Suhaizan Kaiat (right) said the government must do more to control the price of rubber, and install a proper mechanism to monitor whether rubber tappers or small time traders are being cheated by big companies.

"Among the 11 rubber purchasing companies, eight offer low prices, only three offer higher prices. What is the government doing?" he asked.

"We are not even able to compete with our neighbours. Thailand exports about 4 billion kg per year, Indonesia, 2 billion kg. What about Malaysia? 0.8 billion kg, not even one billion!" he noted.

'You asked for it'

The highlight of the night’s event which started at 9pm after Maghrib prayers must be the entertaining speech by popular PAS deputy president Mohamed Sabu, fondly known as Mat Sabu.

"Why are prices of goods increasing? Because you ask for it! Whatever we (in Pakatan) proposed (during the general elections), you did not accept, you never listened to our cries or cared about our promises. Instead you voted for Umno," Mat Sabu said, while the crowd cried "No!"

He then reminded his supporters of bloody Nov 19, 1985 Memali incident where 14 died, including PAS imam, Ibrahim Mahmood, better known as Ibrahim Libya and two policemen, with scores of villagers hurt.

"Those who are responsible for the incident are still alive but we see how they are starting to contradict one another," he mocked.

"Former PAS president Fadzil Noor used to pray for then premier Dr Mahathir Mohamed to have a long life so he can see the outcome of his actions," said Mat Sabu.

Mahathir is now being blamed for the Memali deaths as his deputy, Musa Hitam, alleged recently that his boss was in Kuala Lumpur, and not China.

"His own deputy (Musa Hitam) has now shown us how he (Mahathir) had lied. He said he wasn't in the country during the incident when in fact he was. When asked about it, he says he does not remember. Aha!" exclaimed Mat Sabu.

The event also saw the crowd endorsing an eight point declaration signed by 32 organisations and read aloud by Kedah PAS Opposition leader Amiruddin Hamzah on how the government can help improve the lives of rubber tappers and small rubber land holders.

The demands include urging the federal government to provide small rubber landholders and rubber tappers with fertiliser subsidies for 25 years.

"Fix the floor price for rubber commodity at RM4.00 per kg. This rate is appropriate as the small rubber landholders have to bear the production cost of RM3.20 per kg," said the Anak Bukit assemblyman.- mk 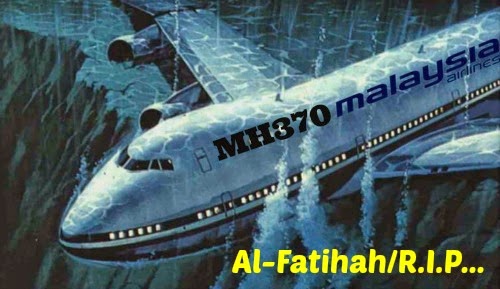