Husam's wife among 88 teachers in Kelantan transferred out due to political links to PAS...


PAS central committee member Datuk Husam Musa's wife is among 88 teachers who are being transferred out of their schools in Bachok, Kelantan due to their political affiliations, Pakatan Rakyat said today.

"The memorandum received by Solidariti Anak Muda Malaysia (SAMM) has exposed the abuse of power by the district education office which used very irrelevant excuses, such as being PAS supporters, to hand out the transfer letters," he said at a press conference at the Parliament lobby today.

"This classified document also reveals that there were suggestions by an Umno branch head on transfer orders which proves that there is political meddling in the education system."

SAMM's memorandum also showed that some of the excuses given to teachers for their transfer include flying the opposition's flag, helping PAS in election campaigns, being married to strong PAS supporters and others.

Ahmad Marzuki said 10 teachers from his Bachok constituency were transferred out based on political reasons last September.

"I raised the issue of the 10 teachers in Parliament last year but Education Minister II Datuk Seri Idris Jusoh said no such thing happened.

"But we have this valid document with data from the district education office which has the names of many other teachers on the transfer list and the reasons stated," he said.

It is shocking that some of the transfers were based on reports given by Umno branch heads for political reasons. - Tian Chua

Earlier today, SAMM's Badrul Hisham Shaharin handed the the memo on the transfers to Pakatan Rakyat.

Badrul, who is leader of the youth movement, said the memo would also be delivered to Barisan Nasional MPs through the prime minister's office in Parliament.

Sim Tze Tzin (PKR-Bayan Baru) said that the transfer list was a shocking revelation and was proof that Putrajaya was playing the political game to the point of targeting innocent teachers in primary schools.

"The Education Minister must explain why teachers were transferred for their political affiliation as this goes against the principle of the Education Blueprint, which sought to be inclusive and to raise the professionalism of teachers," he said.

Idris Ahmad (PAS-Bukit Gantang) also criticised the transfers, adding that after Putrajaya had spent millions to get professional input from consulting firm McKinsey and Co on the National Education Blueprint, it was now behaving in such an unprofessional manner.

Tian Chua (PKR-Batu) said what was even more shocking is that some of the transfers were based on reports given by Umno branch heads for political reasons.


The hunt for missing Malaysian Airlines Flight MH370 is on track to cost hundreds of millions of dollars, becoming the most expensive search in aviation history with 26 countries contributing planes, ships, submarines and satellites to the international effort.

A month into the search for the jet, estimates compiled by Reuters show that at least US$44 million (RM143 million) has already been spent on the deployment of military ships and aircraft in the Indian Ocean and South China Sea by Australia, China, the United States and Vietnam.

The figure is based on defence force statistics on available hourly costs of various assets, estimates by defence analysts and costs reported by the Pentagon.

The figure for the first month of the search is already about equal to the official 32 million euros (RM143 million) spent in searches lasting several months spread over a two-year time frame for Air France's Flight AF447, which crashed into the Mid-Atlantic in 2009.

Just as salvage experts said the actual costs for the Air France operation could have been three or four times higher than the official figure, the bill for the current search is expected to run into hundreds of millions of dollars.

The US$44 million estimate for MH370 does not cover all the defence assets being used by countries including Britain, France, New Zealand and South Korea, nor numerous other costs such as civilian aircraft, accommodation for hundreds of personnel and expenses for intelligence analysts worldwide.

Britain dispatched a nuclear-powered submarine, HMS Tireless, to assist in the search, without disclosing the vessel's previous location.

Angus Houston, the retired Air Chief Marshal in charge of the Australian-led international search, said on Friday he would give an overall estimate of the cost at a later date.

Australian Prime Minister Tony Abbott, whose country is leading the search, and his Malaysian counterpart, Najib Abdul Razak, have repeatedly said the cost of the search is not an issue.

Still, Abbott has hinted that Australia, which has so far borne the brunt of the expense as the search homes in on the southern Indian Ocean off its western coast, may at some point be sending out invoices.

"It's only reasonable that we should bear this cost - it's an act of international citizenship," Abbott said last week.

A Malaysian government source, who declined to be identified as he was not authorised to speak to the media, said the entire search and recovery for MH370 could be at least double the money spent to recover the black box from Air France's AF447.

Australia has so far contributed around half of the cost, with ships and aircraft on duty for some three weeks. Its HMAS Success alone costs around A$550,000 (RM1.7 million) a day to operate, according to Australian Defence Force, or ADF, figures.

"The search effort for MH370 is costing the ADF at least A$800,000 (RM2.4 million) per day and possibly considerably more than that," said Kym Bergmann, editor of Asia-Pacific Defence Reporter and a former government defence adviser.

"While that might not sound like much compared with the ADF's annual sustainment budget of A$5 billion, if this continues for much longer other activities such as 'Operation Sovereign Borders' will be under pressure to find savings," he added, referring to the federal government's policy of turning back asylum seeker boats that approach from Indonesia.

The other big spenders so far are China and the United States.

China, which was home to the majority of the 227 passengers on board the missing plane, has sent a total of 18 ships, eight helicopters and three fixed-wing aircraft to various search areas during the month-long hunt.


Beijing has declined to comment on how much it is spending on looking for the aircraft, saying only it is dedicated to keep searching "as long as there is a shred of hope".

China has been sending two Ilyushin Il-76 aircraft, on alternate days, on sorties from RAAF Pearce Base near Perth for almost three weeks.

The Global Times, an influential tabloid published by the ruling Communist Party's official People's Daily, estimated that an Ilyushin Il-76 costs US$10,000 (RM32,525) an hour to keep in the air on fuel alone, not including money spent on maintenance or accommodation for the crews.

"There's a lot of pressure in China to find the plane," said a Beijing-based Western diplomat. "China will spare no effort."

The Pentagon said last week that it had already spent more than US$3.3 million (RM10.7 million) on the search and has put in place plans to nearly double its original US$4 million budget (RM13million).

As well as flying its P-8 surveillance planes out of Perth, the US Navy is playing an instrumental role via its high-tech underwater black-box detector equipment.

It has sent both its towed pinger locator, which this week picked up signals which may be from the missing plane's cockpit data recorders, and a Bluefin-21 autonomous underwater vehicle.

An earlier search in the South China Sea by Vietnam was estimated by local media to cost US$8 million (RM26 million), a figure that has not been verified by officials.- Reuters

According to Saifuddin, BN continues to view Anwar as their biggest threat, someone who can end their grip on power if his political career is not killed.

According to Saifuddin, BN continues to view Anwar as their biggest threat, someone who can end their grip on power if his political career is not killed.

Therefore, he said various allegations were thrown at Anwar just to kill him off politically.

“After 16 years, the story of sodomy is still on-going. This is no longer just a slander. They want Anwar out of this world,” added the former Machang MP during the Johor PAS 60th Anniversary Carnival last weekend at Parit Tenom.

Saifuddin added that BN’s actual fear on Anwar was that he had managed to change the minds of the millions during the last general election.

“Maybe if Anwar is no longer around, there won’t be barang naik (prices increase), no more reduction in subsidies, no missing airplane because no captains knew about Anwar. They want us to understand that way,” he chided.

Anwar was sentenced to five years jail after being found guilty of sodomising his former aide Saiful Bukhari.

The sentencing came right before the Kajang by-election nomination day where Anwar was tipped to be PKR’s candidate under the controversial political manoeuvre dubbed as Kajang Move.

Due to the sentencing, Anwar was unable to contest and was replaced by his wife and PKR president Wan Azizah Wan Ismail.

Wan Azizah had won with reduce majority. Pakatan Rakyat had claimed that there was significant swing of Malay votes towards their side in the by-election. -Harakahdaily 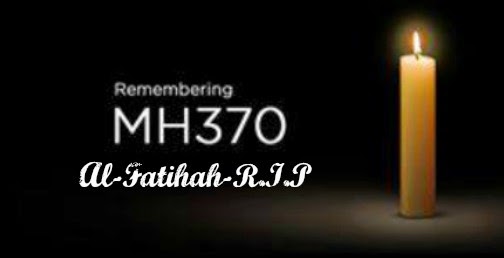