While it comes as no surprise that the controversial amendments to the Prevention of Crime Act was passed in the Dewan Rakyat, Pakatan Rakyat parliamentarians are receiving some flak after it has come to light that 23 opposition MPs were absent from the crucial vote-taking.

Some took to Twitter to express their displeasure over the matter, with one user, Pete Teo stating: “25 percent of Pakatan MPs didn't attend the PCA vote. No BN MP voted across party line. Despite amendments that roll back civil liberties. Shame.”

The criticism comes especially since Pakatan themselves are normally quick to the draw when prominent Cabinet ministers are missing from the Dewan Rakyat to answer questions.

Most notable among yesterday's absentees was Opposition Leader Anwar Ibrahim (centre in photo) himself, whose absence was felt all the more as his opposite number Prime Minister Najib Abdul Razak and deputy Muhyiddin Yassin were both there to ensure the Bill’s passing.

Anwar himself today told reporters that several MPs, such as Nurul and Charles were assigned by Pakatan to travel to Japan concerning Trans-Pacific Partnership Agreement (TPPA) negotiations, while he was “alerted” that a few had gone to perform the haj, including Rafizi.

“A few came back after meeting the Pope. The rest, I think the secretariat is working on who did not attend (and) for what reasons. But I think generally if you look... 90 percent were already there,” he said during a press conference at Parliament lobby.

Anwar was invited to meet with Pope Francis I in Rome.

Bill would have been passed anyway

On Twitter, PKR’s Latheefa Koya (right) defended Pakatan Rakyat, saying irrespective of their presence, the Prevention of Crime (Amendment and Extension) Bill 2013 would have been passed regardless.

“(It is) childish to rebuke PR (Pakatan) MPs who went to haj - and being absent for PCA Bill. Focus on the issue - don’t get distracted,” she tweeted.

Meanwhile PKR whip Azmin Ali said the Bill was introduced for second reading that day with little prior notice.

What is more important, the Gombak MP said, is that the opposition representatives that were present fought hard against the Bill “to the very end”.

“...Pakatan MPs have done an excellent job fighting (the PCA Bill) to the very end, through debates and arguments, especially Puchong, Padang Serai and Sepang. Their arguments reflect the sentiments of all Pakatan MPs,” he said when contacted.

Pokok Sena MP, PAS’ Mahfuz Omar (right), told Malaysiakini that the MPs could not have anticipated that the debate would go on into the night and as such, many had prior engagements.

He said party president Hadi Awang was in Aceh, Indonesia, on official invitation while Shah Alam MP Khalid Samad was in Australia.

DAP whip Anthony Loke meanwhile said that Karpal had to leave Parliament early as he was feeling unwell, but that did not mean the latter “did not care”.

He said they were only notified about the second reading the day before, when some were already overseas, but said those remaining stayed well past midnight to oppose the amendments.

“I understand the sentiments of our supporters. I won't be apologetic about it, as parliamentary whip, I would like full attendance. We will try to avoid this next time.”

The Bill was passed at 12.50am, after almost eight hours of debate, securing 115 votes of support by BN to Pakatan’s 66 votes against, thus bringing back detention without trial.-malaysiakini 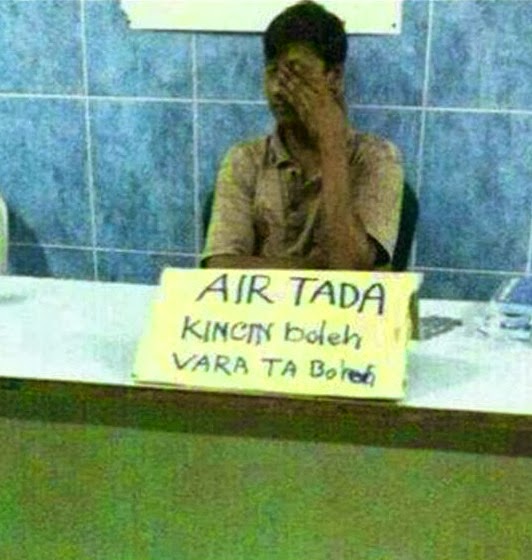