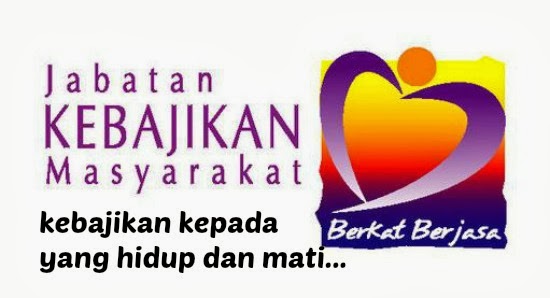 The Penang Department of Social Welfare has spent a total of RM10.55 million on its recipients. However, some of its payments were made to the deceased, the auditor-general reports.

An audit conducted until July last year revealed that overall, the management of the General Assistance Scheme was “less than satisfactory” due to several weaknesses.

“Delays in investigations, approvals and informing the approval of new applications, and cases not being reviewed according to the procedures” were also found in the report.

The department’s role is to eradicate poverty and to restructure the society, says the auditor-general.

One of the measures is to provide financial assistance to those in need through the scheme, which helps targeted groups to alleviate their financial burden until they can be independent, the report states.

The auditor-general says that from January 2010, the new monthly rates of the scheme approved by the Penang government were between RM100 to RM350, with an additional 33.3 percent from funds from the federal government.

The household income eligibility is set at RM720 and from 2010 to July last year, there were 2,866 active recipients in Penang.

For the same period the department has received a total allocation of RM12.23 million and as at July 2012 a total of RM10.55 million (86.2 percent) was spent, the report noted.

The auditor-general recommends that the department coordinate periodical meetings with the Penang National Registration Department and Bank Simpanan Nasional to obtain the latest information about the recipients, and get the Royal Malaysia Police’s cooperation regarding information on the deceased.- malaysiakini

Contrary prior denials, the Youth and Sports Ministry did in fact pay for a K-Pop show held last year.

It had stumped up RM1.6 million to bring in three groups for the National Youth Day celebrations, according to the Auditor-General’s Report 2012.

The ministry was reprimanded for 'excessive' and 'imprudent' spending amounting to RM3 million on this and eight other programmes to mark the same occasion.

The ministry's secretary-general Mohid Mohamed reportedly told Bernama last year that the cost of bringing in the performers was borne through sponsorship.

A total of RM1.11 million was spent on promotion and publicity for the event, which the auditor-general describes as being too high.

Other expenses similarly classified were two separate payments of RM50,000 to 50 bloggers for promotion and publicity. It is uncertain whether these groups comprised the same bloggers.
In addition, three bloggers were paid a total of RM7,500 as daily allowance for five days’ coverage of the event.

Spending on 'non-prudent' items included RM33,500 for a promotional dinner at a Petaling Jaya hotel; and RM42,466 for hi-tea and lodging of journalists at Hotel Marriot in Putrajaya.

Another RM48,300 was spent on a 'working visit' to Institut Kemahiran Belia Negara in Jitra, then to Songkhla, Phuket and Krabi in Thailand.
The trip involved 21 personnel  from the National Youth Day secretariat as well as senior officers.

The auditor-general also complains about the manner in which the ministry had spent RM42,500 to purchase robot signboards.

The report contains stern criticism of the Rakan Muda membership cards managed by the Youth and Sports Department between 2008 and 2010, with RM3.32 million having been spent for one million cards.

The facility could not be fully utilised as terminals for the members to access the benefits were damaged, resulting in the cards not being read.

The programme was discontinued in July last year as a result of these and other problems.

“In the auditor-general's view, this membership programme resulted in a major loss for the government. The department should investigate this and take appropriate action against the persons concerned,” states the report.-malaysiakini