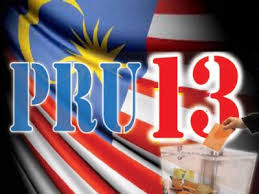 Four months on, there is still little closure for the fiercely disputed May 5 general election, even as Pemantau, one of the largest election observation projects, detailed its report on the national polls.

The observers' coalition comprising of Bersih, Mafrel and Pusat Komas, in its report yesterday, concluded there was widespread electoral misconduct but stopped short on giving a verdict if the irregularities had tilted the election results.

Releasing its report in Petaling Jaya last night, Pemantau which drew data from some 2,000 volunteers nationwide during the 13th general election, said it did not meet standards for clean, free and fair elections.

The project observed a total of 23 parliamentary seats on nomination day, 51 seats during campaign period and 87 seats on polling day.

"Whether acts of election misconduct, acts of violence and intimidation and alleged bribery observed by Pemantau were enough to change the course of GE13 is for the people to decide.

"What Pemantau can conclude is that GE13 did not meet domestic and international standards for a clean, free and fair election," said Yasmin Masidi, one of the writers of the report.

Pemantau steering committee and Mafrel chief Syed Ibrahim Syed Noh (right) said it was up to the legal institution to determine whether the general election should be declared null and void.

The political relationship between the government and opposition remains toxic with limited engagement following bitterness over the disputed election and subsequent series of protests.

According to the 69-page report, one of the most widespread violations was treating (distributing goodies) and electoral bribery.

During the campaign period, it found instances of bribery involving valuable consideration and other goods in almost half or 23 of 51 observed constituencies.

Furthermore, more than a third or 19 of the observed constituencies saw cash handouts.

Yasmin pointed of specific examples of money being handed out at an Umno branch in Pasir Gudang and "travel expenses" being distributed at another Umno branch in Kota Kinabalu.

Other goodies and bribery violations in the 51 observed constituencies during campaign period include:

While political violence was fairly less, divisive campaigning was quite widespread, occurring in a quarter of observed constituencies throughout the campaign period.
Other offenses include illegal campaigning, use of government machinery and property, impersonation, conveyance of voters, failure of indelible ink, procedural irregularities and harassment of election observers.

Others include 103 complaints that registered voters were deregistered without their knowledge, 116 reports of individuals not having registered entering the electoral roll and 54 reports of relocation of voters without prior notice.

The report placed the bulk of the misconduct on institutions such as the Malaysian Anti Corruption Commission and the Election Commission which it says lapsed in enforcing election laws.

"The conduct of the EC must be singled out for special attention. The failure of the indelible ink raised serious concerns over the possibility of multiple voting.

"The subsequent parade of ludicrous excuses have, in the post-election period, worsened public perception of the EC as an institution," the report said, while also noting that reforms were needed to prevent a recurrence of such misconduct.

Later at the report presentation, Bersih co-chairperson Ambiga Sreenevasan (right) who was in the audience, made an impassioned case against the EC.

"We need to hold the EC to account... They have only one task - to run a free and fair election but they can't get it right or do not want to get it right," she said.

Ambiga reiterated that a Bersih 4.0 rally would be inevitable if the EC refuses to clean up the electoral roll before the upcoming re-delineation exercise.

The complete report can be found here.- malaysiakini