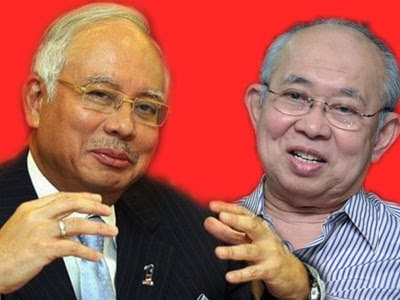 Veteran Umno leader Tengku Razaleigh Hamzah (pic) is all for considering the opposition's call for a dialogue and has urged Putrajaya to accept the offer.

"Don't think who gains or losses because in the end, if it is for the benefit of the people, especially the poor, I think we should grab the opportunity," he said today.

He said while it is up to the government to decide on the dialogue offer, the needs of the people should be of paramount importance.

"What benefits the people should be given due consideration," he said.

Opposition Leader Datuk Seri Anwar Ibrahim had signalled his readiness to meet Putrajaya over several issues for the sake of the nation's well-being and future.

"Notwithstanding our strong protests about the validity of the outcome of the last elections, we are prepared to put aside our differences for the sake of the nation," he had said. 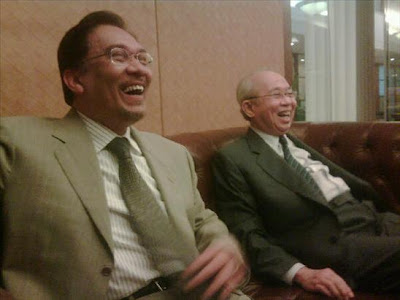 "We believe that it is imperative for the prime minister to convene without the slightest delay a round- table meeting between the BN government and Pakatan Rakyat in order to deliberate on the issues raised and formulate a comprehensive solution."

Anwar, in his Merdeka Day speech, also pushed for a quick meeting between both parties to solve various issues plaguing the country.

But his offer was rejected by Umno leaders who described the offer as "desperate" and "not to be trusted". 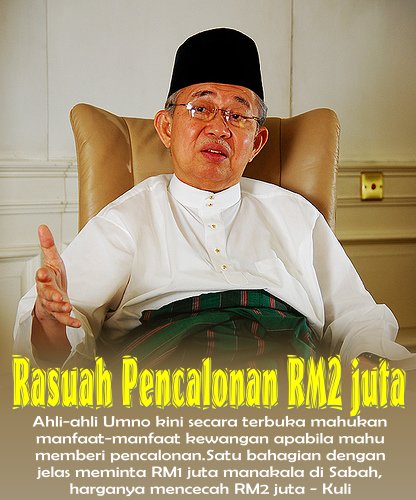 Gua Musang MP and Umno division chief Tengku Razaleigh Hamzah is still mulling over whether or not to agree to be nominated for the post of Umno president come nomination day on Sept 21.

In fact, the party veteran said, he has not even made up his mind over whether to defend his division chief post.

“I need to consider whether I am wanted or not and whether I can do the job,” he told reporters today.

Tengku Razaleigh, who was a one-time party vice-president, had offered himself for the presidency in 2008 but was unable to garner sufficient support.

However, the new Umno election system no longer requires individuals to show support (or fulfill the ‘quota’) prior to nomination.

Now, any member can nominate himself/herself for any post, as long as certain requirements are met.

Speaking to reporters today, he said the new system is better than the old quota system which was “a way to cheat”.

However, he said, certain requirements may preclude capable new blood and even put a “damper” on contests, particularly as people have to now put their hands up for top posts.

'New blood cut off'
“I don’t know about discouraging (competition) but it is a damper. It (the new system) is not the sort of thing that would push people to do it (contest),” he said.

Referring to a recent amendment to the party constitution, he said that those wanting to contest for a spot in the supreme council now have to have previously served a term on the council or held a position at the divisional level.

"So it does not matter how intelligent or capable someone is, he will not be able to contest, and we cannot push any good people up," he said.

He said that what the Gua Musang division had proposed was for all positions to be open for contest among the three million-odd members, and all of them be given the right to vote.

Meanwhile, asked about views including that from former Umno president Dr Mahathir Mohamad that the top two posts be left uncontested, Razaleigh said he respects this view.

"But the people have the right to contest these posts, as provided by the party constitution," he said.

Asked if he expects Umno president Najib Abdul Razak to be challenged, given the new system, Razaleigh said: "He must feel confident."

Meanwhile, the Kelantan prince said that it is still too early to judge the performance of the new Kelantan menteri besar, especially if compared with his predecessor Nik Aziz Nik Mat who served 22 years.

However, he said, Nik Aziz's leadership and stature is tough to parallel as he is "not only respected, but revered" by most Kelantan residents.

"He lives modestly and has never changed despite his years as MB. He's someone who lapses into the crowd.

"The development of the state depends on its fiscal position. If they have money, they do things to help promote development and welfare.

"Nik Aziz provided leadership, and people of the state look up to him. It is difficult to find a personality like that," he said.

Ku Li: Get rid of graft if you want to help rakyat...

The best way to fix the economy and help the people who are now facing rising cost of living is to get rid of corruption, said former finance minister Tengku Razaleigh Hamzah.

He said while the recent fuel subsidy cuts were necessary given the country’s “dire” economic position, such measures hurt the rakyat who were already struggling with enormous household debts.

“Corruption is the biggest problem. If we can get rid of some or most then (the problem) is resolved.

“Projects are too expensive and the costs are passed on to consumers and finally the people at the bottom have to bear the additional cost,” he said.

He said that one quick way to address the graft problem is to make it mandatory for ministers and ex-ministers like himself to declare their assets.

“Make everybody declare their assets. See what we have and don’t have and let the people decide as we belong to the people,” he added.

Razaleigh also urged the government to “immediately cut” subsidy for industry, including that of independent power producers.

“It should not be tolerated any longer, and can help prevent electricity tariff hikes which are on the shoulders of the consumers,” he said.

“Look into a (subsidy) rationalisation approach where the people will not be burdened.”

The Gua Musang MP said that the subsidy cuts, especially for diesel, will hurt wage earners the hardest as it has already sparked an escalation of consumer goods prices.

“Even fish is expensive now!” he said, adding that Malaysia is in a bad place now compared to a “comfortable” position 30 years ago.

His position on the subsidy cuts matches that of Pakatan Rakyat, which has long urged the scaling back of industry subsidy, especially to independent power producers.

Such issues are likely to be part of the agenda for the bi-partisan dialogue on national issues recently proposed by Pakatan leader Anwar Ibrahim.

Asked about the proposal, which has been rubbished by several BN leaders, Razaleigh said: “Any dialogue is useful. Don’t think of who wins or who loses because it will benefit the people, especially the poor.”-malaysiakini