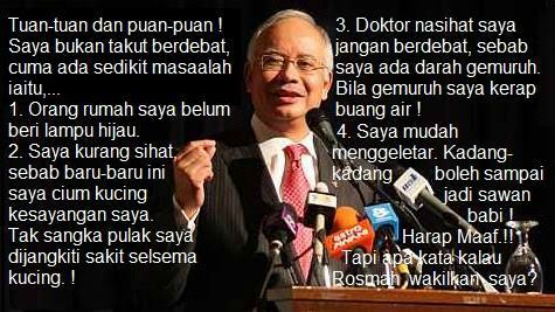 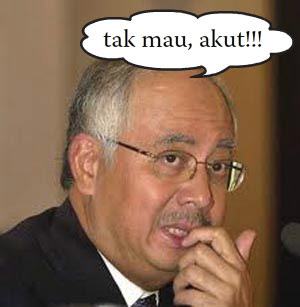 The man who triggered Reformasi...

The Reformasi movement was borne out of the struggles of many political personalities, without whom it could not have materialised as it did, too many to credit without risking injustice.

This piece is not about Anwar Ibrahim, as many will easily be led to believe, but it is about the man who triggered Reformasi.

His tendency to highlight the plight of the poor and the vulnerable, and criticise the government vocally, booked him a 20-month stint ISA stint in 1974 after the Baling incident.

Post-1979 Iranian Islamic Revolution, Malaysia felt the heat from the rise of Islam in the global scene.

We witnessed for the first time the proliferation of Islamic-based civil society organisations. This proved a bonus to PAS, for which at the time was welcoming home waves of new young professionals from abroad who embraced the idea of new dynamism in the party.

Anwar Ibrahim seemed like the viable solution and heir for Dr Mahathir Mohamad and Umno; a man seen and known for his sound Islamic principles and honourable background, coupled with remarkable literacy in occidental thought and philosophy.

Anwar was about to become an influential political figure, climbing the political ladder up to some of the most important positions in a country; as the finance minister and deputy prime mMinister.

Known to be neither unwavering under pressures of corruption nor compromising to cronyism, he had a political career that was not easy to bring down.

That fateful September, the sky fell down onto him in a political and economic saga that forever scarred the face of Malaysian political history. But not all was lost.

As widely remarked, cleaning sewage water is almost impossible when swimming in it; rather it has to be done from outside the gutter. The man probably needed to learn that. A lesson that he had been paying dearly since.

Building blocks toward a new age of Reformasi

In November 1999, Malaysia saw the nascent opposition force leading to the 10th general election known as the Barisan Alternatif.

For the first time in history, the opposition garnered the highest ever votes from the Malays. That record had never been challenged even up to this day.

Barisan Nasional was salvaged by Chinese and Indian votership, which perhaps at the time were probably politically and economically unready to seriously challenge the status quo.

In 2004, Barisan Nasional (BN) turned the tables in a landslide victory. Re-delineation exercises had allowed for substantial gerrymandering, winning BN 24 out of 25 new seats, and more than 90 percent of the parliament.

The retirement of Mahathir, who then already made enough anti-fans for himself, too, ushered in fresh support for Umno and Barisan Nasional. It was a personal struggle for me to believe that change was ever going to be possible in Malaysia.

The period before the next 2008 general election saw the opposition making significant headway.

Anwar, too, was already a free man, and was beginning to truly attempt to unite the various parties to form a formidable opposition that the government had no choice but to reckon with.

The introduction of needs-based policies also attracted significant new interest, especially from the non-Malays, into its stable.

It’s only fair considering the vast new inequalities that were emerging from decades of favouritism-based policies, leakages and misappropriation of resources.

Leading up to the 2008 12th general election, the waves of change were felt even earlier on. I actually took unpaid leave to come home for the voting and campaign period- from an overseas posting at the time.

The opposition won five states and formed Pakatan Rakyat which includes PKR, PAS and DAP. Urgings for change had begun to creep up from the rakyat from all walks of life to show its teeth.

Knocking down the incumbent ruling coalition off of its comfortable two-third parliamentary majority was by no means a small feat.

It prompted five years of launching various “transformative” efforts on the part of the government.

As a result, we are now entering supposedly the next phase of growth with endless possibilities. Pun very much intended, if I may.

Sure, we are building more highways and train tracks. Yet what is lacking is arguably the required political will power to undertake the softer and real transformation we so badly need.

That very same period provided the opposition time to reorganise and work with their differences to productively form a coalition with its own development plan, its own manifesto and its own budget proposition.

It was the first time ever that Malaysians could critically compare alternatives to these documents proposed by the government.

Moving forward post 13th general election, we ask ourselves again, where do we go from here? The natural question now is whether Anwar should make way for the formidable line-up of fresh and younger personalities in PKR and Pakatan Rakyat whom clearly have been gaining their own strong following.

Is the way forward now a post-Anwar Ibrahim era, which entails institutionalising and strengthening of the underlying political system?

Better structure will allow for the natural development of a continuous pool of talent and leadership, but is it enough?

Strong leaders have historically proven to be the ultimate source of unification to bring about waves of change that ripples above and beyond those laid out by an institution or system.

That kind of strong leadership was the only way substantial Malay votes in 1999 could have shifted, a two-thirds majority for the government in 2008 could have been denied, and a game-changing 52 percent mandate onto Pakatan for 2013 could have been witnessed.

Anwar Ibrahim, too, is now a different man. From a youthful varsity leader, to a charismatic Islamic leader, to a deputy prime minister, and even down to being an inmate,

Anwar’s bruises could have not been only physical. The wisdom and maturity could not have been without blood, sweat and tears.

Two general elections passed after his release and Anwar stuck to his guns. But to claim ownership of the Reformasi can only mean one thing; that he steps up to the presidency post of the party himself, to make reality the reforms that he himself had envisioned for the country.

Time is ripe for him to take the mantle, step up the challenge again, be democratically elected and rise up as the president of Parti Keadilan Rakyat. It is the implicit hope of the rakyat, for him to articulate his vision for Malaysia particularly on his young and future masses.

Anwar Ibrahim triggered the Reformasi. Now he needs to rejuvenate it, too.-malaysiakini