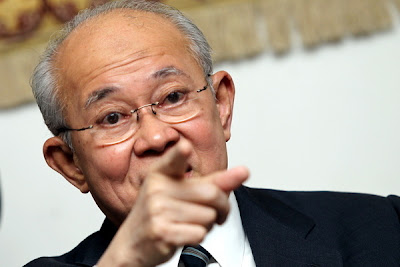 Razaleigh won't be flushed out by Ku Nan...

Umno secretary-general Tengku Adnan Tengku Mansor tried the classic flushing-out tactic, which is to announce that his target is not going to do the very thing he does not want him to do - and then qualify things by saying he is not sure if his target is only joking.

This flush-out tactic will not work with Tengku Razaleigh Hamzah, whose intention to contest the Umno presidency will not be made known until Sept 28, when such an announcement needs be made before the 191 Umno divisions meet to nominate candidates for the top posts in the party elections later in the year.

This use of the flushing-out tactic by Tengku Adnan (right) suggests that Tengku Razaleigh's prospective candidacy is causing the camp of incumbent president Najib Abdul Razak plenty of anxiety.

The extent of the anxiety, bordering even on desperation perhaps, was reflected in Tengku Adnan's remarks that Tengku Razaleigh knows what reforms "Najib has carried out and he supports Najib to bring the country to developed status".

Simply put, Tengku Razaleigh would be caught making a statement of support for Najib's capacity to bring the country out of its current problems.

In fact, Tengku Razaleigh's most recent remarks on the economy, made at a press conference last Friday, conveyed a grim outlook for the country's situation and suggested steps - for example, like a bold fight against graft - that Prime Minister Najib is averse to taking.

Going so far out on a limb

From that angle, to suggest as Tengku Adnan did, that Tengku Razaleigh knows what Najib had already done and supports the PM in his endeavour to bring the country to developed nation status is a case of the Najib underling going so far out on a limb that he doesn't mind breaking his bones in the effort.

Tengku Razaleigh, who is keeping his cards close to his chest, has reached a stage where he is not inclined to get into a tangle with factotums from other camps; he is only interested in being president of Umno should there be sufficient support for him to throw his hat into the ring.

Cavalcades of boosters come calling at his house, which is a perennial feature whenever Umno elections are in the offing, to urge the MP for Gua Musang to go for the presidency of the party.

But it is hard to shift the grain from the chaff among this throng, so Tengku Razaleigh has perfected the art of keeping his own counsel until the last permissible moment for playing coy.

The problem with this stance is that it can only gain traction if the perception quickly gains ground that the present set of incumbents are useless and should be ejected.

Only then will the bandwagon of a late declaring candidate, with the requisite qualifications for pulling the party and country out of the quagmire, as Tengku Razaleigh appears to have, catch fire.

It is difficult to say if this perception of a malaise afflicting Umno is taking hold, but there is no discernible enthusiasm for a continuation of the status quo under the leadership of Najib.

People are interpreting the lack of enthusiasm for Najib as evidence of a desire for a change in the status quo.

True, the economic indices of national distress are strong: national debt has risen to more than 53 percent of the gross domestic product (GDP), the ringgit has lost ground vis-à-vis the US dollar, and our reserves are eroding.

Coupled with this are the rising religious and racial tensions, all fanned by the very forces that purport to be in favor of re-endorsing Najib as Umno president and PM.

Meanwhile, the PM himself is reluctant to exercise leadership, believing, like US President Barack Obama, in leading from behind.

Like the US leader faced with unenviable options on Syria's alleged use of chemical weapons against its own people, the choices are all dire when events have propelled matters to a point too fraught for continued inaction.

Then action, one way or the other, threatens consequences that could be as dire as the choice of not acting at all.

The conclusion is that for those in frontal positions, inaction is not an option, unlike those who are off-centre stage, like Tengku Razaleigh, for whom a non-committal stance until the last moment is sustainable.

For Tengku Razaleigh, a waiting game is viable and that drives underlings like Tengku Adnan to the desperation of employing flushing-out tactics that may have worked - if Tengku Razaleigh is younger.

But at a ripe 76, the veteran has seen and taken the measure of a large number of partisan manoeuvres to fall for Tengku Adnan's trite one. - terence netto,malaysiakini 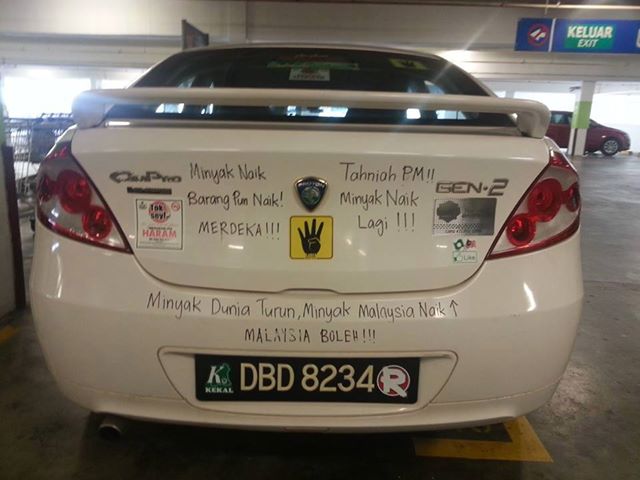