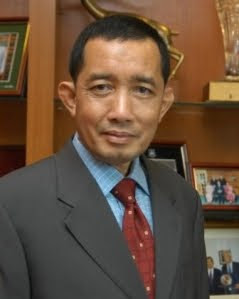 Order sodomy accused Anwar Ibrahim to give his blood sample for DNA testing - this was the plea to the High Court in Kuala Lumpur today from the prosecution. Solicitor-general II Mohd Yusof Zainal Abiden and his high-powered prosecution team also want justice Mohamad Zabidin Mohd Diah to review his decision in the trial-within-a-trial on Tuesday rejecting the mineral water bottle, Good Morning towel and toothbrush as evidence.

"Due to the new evidence produced (the original copy of the warrant of arrest), the prosecution would like the ruling reviewed. "We have the warrant, what was read in the warrant is the charge. At that time, we did not know the grounds for the court in making the decision," Yusof said.

The warrant of arrest was produced by arresting officer Supt Ahmad Taufik Abdullah, who in his testimony today said he read out the charge to Anwar. The warrant of arrest submitted states that the Desa Damansara condominium unit in which the alleged sodomy took place was 11-5-2. The charge against Anwar states it took place at unit 11-5-1. Both condominium units belong to the same owner.

While the prosecution admitted it would not call any more witnesses, it said Anwar's DNA sample was needed for its case and that sections 73 and 165 of the Evidence Act allow the court to order an accused to give the sample.

Yusof: DNA is to determine justice

Section 73 of the Act concerns comparison of signatures and fingerprints to ascertain the identity of an accused person and the admissability of documents.

Section 165 gives the judge the power to order discovery, obtain proper proof or relevant facts, but the judge cannot compel an accused to do so.

In order to do justice, Yusof said, the court needed to to ascertain the truth.

"The court needs to obtain proper proof of the facts, especially where the facts are in dispute, whether the the DNA from the sperm cell found in Saiful's (left) anus belongs to Datuk Seri Anwar Ibrahim. We need to determine justice and the truth in this case."

Karpal, in objecting, said the defence had raised doubts on the DNA tests performed, and also raised Anwar's worry in giving the sample, following what had happened in 1998.

Justice Zabidin ordered both parties to make their submissions on the issue on Monday.

Outside the court, defence lawyer Sankara Nair referred to the prosecution request as "unprecedented", since one covered fingerprints and writing and on the other, no judge could compel a person.

"This is a case of legal adventurism for political mileage. There is no power or law in Malaysia that compels a person to give DNA." "I do not know why, but it has never been done in Malaysian law for a person to give his or her DNA sample on a court order," he said.

Karpal concurred, and added, "They are desperate... they want to send a political message."

Anwar said the prosecution was asking the court to compel him to give his DNA for testing "on the political assumption that the DNA will be established"."Our DNA expert has already debunked the whole basis of their DNA evidence." 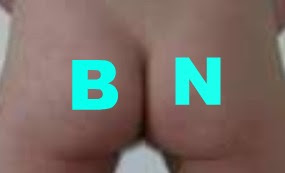 Anwar accused the prosecution of acting "under political instructions" in its request which he said had "no precedent" in law.

As to whether a DNA test would help clear his name once and for all, Anwar said, "why don't they ask DNA from (prime minister) Najib (Abdul Razak) or Rosmah (Mansor) in the Altantuya (Shaariibuu) murder?

"It is because they are so desperate, and they want to send out a political message that, 'yes, we have the evidence, we just need Anwar's DNA', which, in my mind, is absurd." The DNA Act passed last year cannot be applied retrospectively.

Anwar has, since opposing the DNA bill at its drafting stage, said if made law, it would force suspects in criminal cases to give their DNA samples, and that the law was specifically targeted at him.- Hafiz Yatim

Is Yusof asking the court for help to gather more evidence so that they can win the case?

If Yusof screwed up his case by not having enough evidence, the court should throw the case out,habis cerita!!!

Rosmah FLOM (First Lady of Malaysia) and Jibby are not happy with the ruling for the trial-within-a-trial. Now they want the bottle, toothbrush and towel to be admitted as evidence and at the same time, get Anwar to provide his DNA sample.