A tale of 2 Malaysians in Australia..... 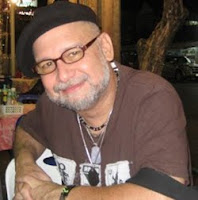 The following is part of Hamish McDonald's article 'A tale of two Malaysian aristocrats' .....

Najib Razak and Raja Petra Kamarudin look like peas in a pod: amiable, worldly and articulate members of an aristocratic elite which has long included Australia in its stamping ground, its tuns and tunkus familiar faces at our racecourses and going off the radar in Kings Cross.

On Thursday, Najib, 57, was getting a 19-gun salute outside Federal Parliament and a welcome from Julia Gillard. Scion of Pahang state nobility and son of a previous prime minister, he has been Malaysia's Prime Minister for nearly two years and heads the dominant United Malays National Organisation, or UMNO, in power since independence in 1957.

Petra, 60, has been working smaller, less formal gatherings of expat Malaysians in Sydney and Canberra. He's another Malay aristocrat, from Selangor's royal family, but has been a political exile for two years, fleeing repeated detentions without trial under the draconian Internal Security Act, and running his critical website, Malaysia Today, from London. Of the two, though, I suspect the Prime Minister lies abed more uneasily.

The dutiful but lukewarm welcome in Canberra, reciprocating a two-day visit by Gillard to Kuala Lumpur, reflects the scandals and political question marks that hover around Najib.

When he was defence minister, signs of huge kickbacks arose from military equipment deals. After the purchase of French submarines, a young Mongolian model involved in the negotiations, Shaariibuugiin Altantuyaa, turned up in Kuala Lumpur seeking money and was murdered by two of Najib's bodyguards. She was the lover of a senior Najib aide, who escaped conviction in the case.

Petra says he was told by the "No. 2" in Malaysia's military intelligence that Najib's wife was "at the scene of the crime". He filed a statutory declaration about this to the court, but it was not followed up. Instead, Petra himself was arrested. Hit with sedition and criminal defamation charges, he fled when he could. "I am not accusing him of being involved in the murder," Petra said this week. "I do accuse him of not answering a lot of questions that have been raised."

In Canberra Najib would have also been aware that 60 of our MPs signed a petition urging him to drop what they see as a fabricated sodomy charge against opposition leader Anwar Ibrahim, brought after his coalition sharply cut the UMNO-led government's majority in 2008.

He would know, too, that Malaysian policies do not impress here. John Lee, at Sydney's Centre for Independent Studies, has just written of the "enduring cancer" of the pro-Malay affirmative action instituted 30 years ago by Najib's father, Abdul Razak, after race riots. While lessening the income gap with Chinese Malaysians (25 per cent of the population) and Indian Malaysians (10 per cent), it has created a rent-seeking Malay elite. Public sector jobs and subsidies for Malays add to persistently large budget deficits, funded from oil and gas reserves that will run out in 15 years.

Australian visitors to Malaysia soon get the sense of a dumbed-down country, with insipid media controlled by UMNO or the government, a pervasive fear of the huge Special Branch, a debased judiciary, and mediocre universities where entry is by racial quota rather than by merit. 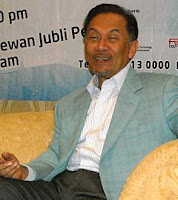 Petra says his ginger group, the Malaysian Civil Liberties Movement, is prodding Anwar's opposition into spelling out its plans for reform. As well as his court case, he says, Anwar has baggage: as a former UMNO minister, he helped build the existing system; he is suspect in the mostly Christian states of North Borneo for his Islamist outlook. "We don't want to remove one monster and find ourselves with a bigger monster," he said.

Najib is expected to call an early election this year, possibly after the likely verdict on Anwar in August, to obtain his own mandate and entrench his power. Petra thinks it will be the last chance for major change for a very long time: "Either we do it this time or we'll never do it."

'A tale of two Malaysian aristocrats' 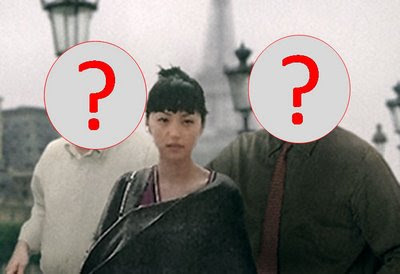