MCA a subsidiary of UMNO.... 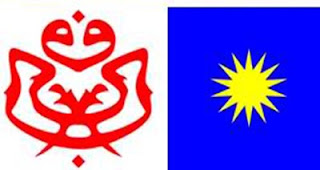 If MCA is not a subsidiary of Umno, why should the MCA president bring his letter of resignation from his party to see the Umno president-cum-prime minister in the first instant? This is exactly what happened when MCA president Chua Soi Lek held a meeting with Premier Najib Razak on last Tuesday morning.

Chua told reporters that he took his resignation letter with him with the intention to submit his immediate resignation as MCA president if a certain outstanding issue faced by Chinese independent school graduates could not be resolved with Najib. The outstanding issue surrounds the entry requirement of these graduates to government teachers' training colleges.

The problem arose when the Education Ministry advertised on its website on Monday that Chinese school graduates may apply for admission to the teaching colleges provided they possess four credit passes in the government SPM. This caused alarm to the Chinese community which was earlier assured by the MCA president that the United Examination Certificate (UEC) held by Chinese school graduates was also acceptable for admission, provided the students scored at least four credit passes which should include the subject of Bahasa Malaysia from SPM. This ministry's announcement which ran contrary to Chua's announcement, was therefore a slap on his face.

Chua also disclosed that he, together with Wee, who also brought along his resignation letter, would have immediately resigned as MCA president and deputy education minister respectively, if Najib were to renege on the earlier promise to accept the UEC for entry to the colleges. He added that Najib's assurance was so prompt that they didn't need to inform him about their resignation letters. Following the meeting, Najib immediately instructed the education ministry head to discuss with Wee to work out the details, according to Chua. 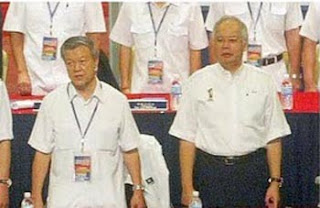 Chua mighty have felt mighty proud in making these statements to reporters - that he had fought and won "concessions" for his community, for which he had prepared to make the greatest personal sacrifice, the presidency of the party.

But in reality, this incident laid bare once again MCA's servile existence under Umno, and the untenability of the communal system of governance of BN.

Presumably, Najib would be so concerned about losing Chua or MCA's service that he would relent. Such must be Chua's thinking. As further indication that MCA is playing roles of minions in the Cabinet, Najib had to order the education ministry officer concerned to talk to the same ministry's deputy minister Wee Ka Siong to sort out the problem. If it is just a matter of miscommunication that resulted in an advertisement that did not reflect agreement reached at the political leadership level as claimed by Chua, why couldn't the deputy minister just call up the officer concerned and have the error corrected?

Why must he go with chief of his party to see the PM, before he could get his subordinate officer to do what he wanted? Isn't it obvious that deputy minister Wee had no authority whatsoever over his subordinate civil servants? In fact, the mindset of the entire leadership of MCA has been so attuned to this master-servant relationship that they have already lost the sensibility that such conduct could raise eyebrow among not only the Chinese community but also among all Malaysians.

If MCA is an equal partner of Umno - as it was the case at the time of founding of the nation and as it should be now or in the future - such outstanding issues between the communities should be settled between the bosses of component parties on an equal footing. For the MCA president to throw a tantrum in the presence of Umno president with threats to quit his own party, would have been considered a totally unthinkable act at the time the political alliance was cemented.

With such a miserable failure to live up to its self-proclaimed role as champion and protector of the interests of its community, one never ceases to marvel how MCA leaders could still weather the sense of shame to fight their political cause (or no-cause) with such stubbornness. If the second largest component party MCA within the BN could not hold up its head in the presence of Umno, what can we expect from other component members, all of whom dwarf in size to MCA? 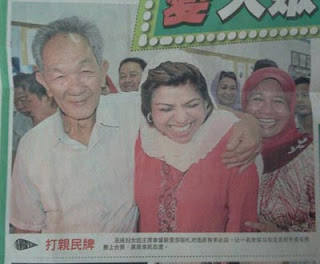 Such is the sad song of BN that though the coalition professes power sharing and consensus and mutual respect among its numerous component members, it is in effect camouflage for Umno hegemony, with ketuanan Melayu (Malays as the master race), its unflinching, guiding principle.

Perhaps few Malaysians realise that Malaysia is the only country governed by a coalition (BN) of more than a dozen racial parties, each representing the interests of its own communal group.

Such a system of governance might have been justified at the time of gaining independence when the sense of nationhood was at its budding stage. That this archaic formula of rule has persisted half a century on under the same anachronistic coalition until today has undoubtedly made Malaysia a museum piece in this modern age.

Imagine the immeasurable energy of our people dissipated in endless racial squabblings over all these decades. If only the time and human resources wasted over these frictions and conflicts have been harnessed for productive nation building, Malaysia would have made immensely greater strides, rather than slipping badly against our regional neighbours as has been the case in recent years.

It is still not too late to make the changes now. Malaysia has no choice but to discard the defunct, if it wants to keep pace with the modern world.-KIM QUEK