YB.Nurul Izzah being probed for sedition...... 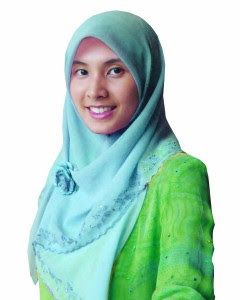 Lembah Pantai PKR parliamentarian Nurul Izzah Anwar is being investigated under the Sedition Act following a police report lodged by Pertubuhan Pribumi Perkasa (Perkasa) accusing her of questioning the constitution.

Speaking to reporters at the Dang Wangi district police headquarters, Nurul Izzah said the report was lodged on Sept 2 over an article she had written for a news portal urging Perkasa to enter a "constructive engagement" on the interpretation of Article 153 of the constitution. Article 153 provides details into the special position of the Malay community and bumiputeras.

The article titled 'The ultimate Malaysia debate: Malaysia or Malaysaja?'(read here) was a comment piece authored by Nurul Izzah and published on Aug 31 in The Malaysian Insider.

"I categorically state my support for our constitution - including Article 153, our royal institutions, Islam as our official religion and Bahasa Melayu as our official language," said Nurul Izzah today.

"I also categorically state that I did not call for to change or to repeal any articles in the constitution."

According to Nurul Izzah, who was quizzed for about 90 minutes, she was asked to provide information on her background, the contents of the article and her intention in penning the article.

Asked whether she would describe Malay rights NGO Perkasa, as an extremist movement, she sidestepped the question and only said: "I maintain my stance that I'm willing to debate openly and constructively but I'm rather disappointed that they had taken this route." Nevertheless, she added that it did not dampen her spirits from engaging the movement and other rights groups.

Party information chief and lawyer Latheefa Koya, who accompanied Nurul Izzah in the interrogation, however criticised Perkasa's move in lodging a police complaint.

"The police should not be burdened with political issues like this... it's a waste of their time. The issues of whether Article 153 of the constitution should or should not be contested can be debated and settled among politicians," said Lateefah.

"Why can't anyone debate? The police should focus on busting crime. We are very disappointed (because) there is no difference in the way they work now as it was the same under former Inspector-General of Police Musa Hassan," said Latheefa.

In the police report filed by Wirawati Perkasa chief Zaira Jaafar, she claimed that Nurul Izzah's article "may have seditious elements" and urged the police to conduct an investigation.

"In it, she questioned the 'special position' provided under Article 153 of the constitution. She even wanted to debate about this. This is seditious because we are not supposed to question this provision," claimed Zaira. The Wirawati Perkasa chief also said that Nurul Izzah had alleged Malay rights is only an ideology and is neither a legal right nor provided for under the constitution. This Zaira believed, was another seditious statement.