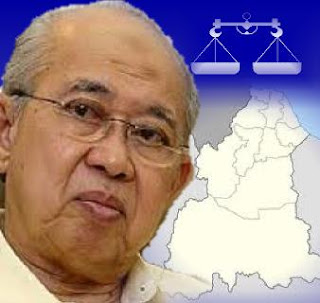 The timing for the Galas state by-election is certainly not good as the last quarter of the year is a rainy season and Umno leaders are also busy with several major events. Prime Minister and Umno president Datuk Seri Najib Razak has to prepare the 2011 Budget, drafts his presidential speech for the Umno general assembly, and gets ready the Economic Transformation Programme (ETP) when he returns from New York after attending the UN general assembly.
Deputy Prime Minister and Umno deputy president Tan Sri Muhyiddin Yassin is also about to go abroad on business, and is expected to announce the government decision on whether to abolish the UPSR and PMR public examinations soon. Najib has not announced the ETP yet, and even if the by-election falls in November, many economic plans have not been launched yet and could not be used to help the Barisan Nasional in the by-election. Nevertheless, Umno cannot avoid the challenges and tests brought about by the by-election.
In addition to the problem of time, there are also other problems, including the Umno factional problems in Kelantan, particularly in ensuring full support from influential Gua Musang MP Tengku Razaleigh Hamzah. Razaleigh is a veteran party leader, but a dissident in the party. He wanted to run for the party president position for twice but failed to get enough of nominations. He has been very close to PAS recently and even supports the Kelantan state government to ask for oil royalty from the federal government. Also, he has also agreed to chair a parliamentary caucus on oil royalty.
Razaleigh has been the Gua Musang MP for nine terms. He has the ability to influence the results of the by-election. Umno must also beware of the Malay rights group Perkasa as it might take the opportunity to show its strength and appealing power. It might scare away nearly 30% of non-Malay votes.
Another disadvantage for Umno is that PAS can exploit several issues, including the 5% oil royalty. PAS is ruling the state, and is therefore a match for Umno in terms of manpower and material resources. To save its face, PAS cannot afford a loss. The Pakatan Rakyat has suffered a defeat in the Ulu Selangor by-election, together with the resignation setback, the Galas by-election is an opportunity to fight back. It is also a warm-up battle before the impending Sarawak state election.
The MCA does not wish to see the by-election either as there are 24.01% of Chinese voters in Galas. The MCA will have to bear a great responsibility if anything goes wrong. It is believed to be merely a political strategy when the Gua Musang MCA division made a request to field a MCA candidate for the by-election. Although the party crisis is over, the MCA has not fully recovered yet. It does not have many issues to play with as the Islamic state issue has been proven useless, particularly in Kelantan ruled by PAS.
Based on these factors, PAS should be able to win the by-election. However, the majority votes of 646 gained in the 2008 general election are expected to be reduced. PAS won a narrow victory with only 65 majority votes in the Manik Urai by-election last year. Therefore, it is not easy to get a big win.
Gua Musang is one of the Chinese-populated areas in Kelantan with historical temples and nice people. A by-election is going to change the quite village life. The by-election will not change the political situation but under the slow political reform, hopefully it can at least bring some impacts.- Lim Sue Goan,Translated by Soong Phui Jee.
source:Sin Chew Daily
Though UMNO had appointed Ku Li as the BN/Umno election director, can Najib really trust him?, after all Ku Li will be eyeing for the top UMNO post soon.
Kemenangan UMNO/BN di Galas mungkin menjadi satu tamparan hebat kepada Najib, kerana ianya scara tak langsung akan menaikkan semula imej Ku Li dalam UMNO. Semua orang tahu bahawa Ku Li sememang bercita-cita untuk menerajui UMNO kerana bagi Ku Li, imej UMNO sudah tercalar teruk dan perlukan perubahan,iaitu perubahan dari atas sampai ke bawah.
Apa pula, kalau UMNO/BN sengaja memberi laluan kepada PAS atau sengaja tewas kepada PAS, sebagai satu strategi UMNO untuk melemahkah pengaruh Ku Li di mata ahli-ahli UMNO?
Kemungkinan juga, Ku Li dipilih menjadi calon UMNO/BN di Galas? Kalau Ku Li menang ia akan menjadi satu masalah besar kepada UMNO,kerana populariti Ku Li masih kekal. Tapi kalau Ku Li kalah, Najib dan UMNO akan bertepuk tangan kerana sekurang-kurangnya Najib/UMNO tahu Ku Li sudah tidak dikehendaki dalam UMNO. Beranikah Najib mencuba perjudian ini?
Dalam politik macam-macam boleh berlaku........
Read 'Will Umno field Razaleigh for Galas by-election?' here.
cheers.
Posted by ali allah ditta at 12:12:00 PM