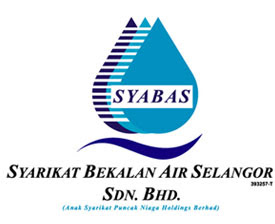 The Selangor government says they will not be cowed by threats of legal action by water concessionaire Syarikat Bekalan Air Selangor Sdn Bhd (Syabas), who are demanding a compensation of RM380 million. According to letters dated Sept 15 sent to the state, the company is demanding the amount for losses suffered due to the government's refusal to increase water tariffs.

They also claimed that they had a right to increase tariffs, as stipulated by the agreement signed with the previous government under the BN. Selangor menteri besar's political secretary Faekah Husin has however hit back saying Syabas did not deserve to receive higher tariffs because of the shoddy service that they provided.

“Selangor residents are facing all sorts of water-related issues like intermittent supply, bad quality and a high percentage of non-revenue water (NRW) due to bad maintenance of pipes, costing the government millions in losses,” she said in a statement today. She added that if Syabas truly wanted to raise tariffs to as much as 37 percent, as stated in the concession agreement, water would cost more than petrol.

“It is the Selangor government's responsibility to defend the rights of its residents to quality water at a reasonable price,” she said. 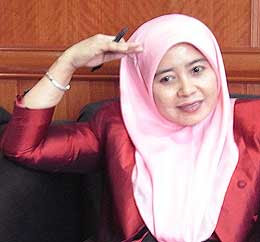 'Privatisation not for profit'

Faekah stressed that the aim of privatising water was to ease the burden of the state government in providing basic amenities to the people, and not to reap profits.

While the state is standing firm against Syabas, they have avoided taking the matter to court, preferring instead to negotiate a better structure for the water industry, she said.

“Syabas is aware of the negotiations and it is unreasonable for them to make the claims for compensation at this point,” she said.

Syabas had previously threatened to sue to the Selangor government for RM1 billion over the issue. Interestingly, former Selangor MB and current opposition leader Khir Toyo told Malaysiakini that he believes that the state would win in a court battle against Syabas.