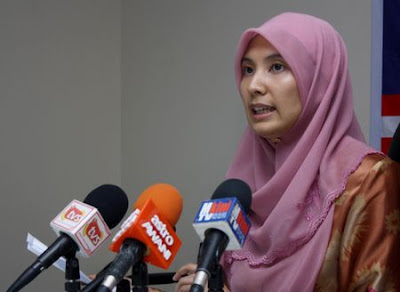 "I am the daughter of Anwar Ibrahim, I can never erase that fact, but I am also the daughter of the Reformasi movement, so for me the last 12 years have helped me gain a foothold and given me the necessary readiness and conviction to proceed,” she said at a press conference at her service centre today.

"There is no looking back — in the spirit of Reformasi I am moving on," she added.

Nurul Izzah, 30, feels that being the daughter of Anwar, who is the party’s de facto leader, and party president Datuk Seri Dr Wan Azizah Wan Ismail, could work both ways in her bid for the VP position.

"It can be deterrent (to a win), but whatever it is, I think I would like to state that I am my own person — and I don’t think anyone’s loyalty should be towards any particular individual, but for the party," said Nurul Izzah, a mother of two.

Nurul Izzah had initially said that she was not vying for any posts but changed her mind after receiving eight nominations.

"I do not take the fact that the nominations came lightly, and that is why I decided to offer myself," she said.

Asked what she would bring to the table in her bid for the position, she said she hopes to represent the younger generation in the party.

Touching on the current spat among some PKR leaders, especially in the contest to fill the deputy president's post which is being vacated by Syed Husin Ali, she said elections are the hallmark of democracy.

"What is important is that the candidates come together after the elections, and the cooling off period," she said, adding that she would not be endorsing any candidate for a particular post.

Selangor Mentri Besar Tan Sri Khalid Ibrahim, who has one nomination so far, has reportedly said he will announce whether he plans to contest for the deputy presidency only after Oct 5.

At least two nominations are required to qualify for the race. Direct voting for the top PKR leadership posts will take place from Oct 31 to Nov 21.