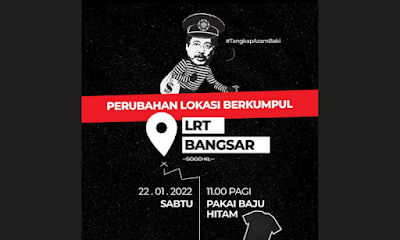 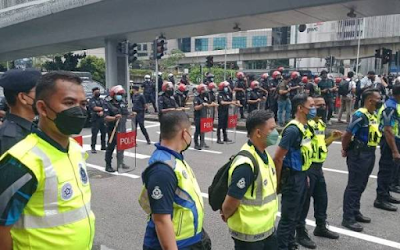 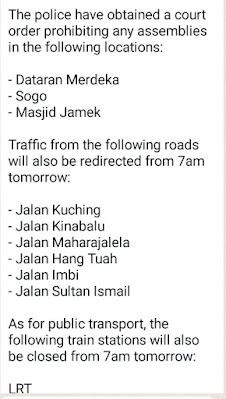 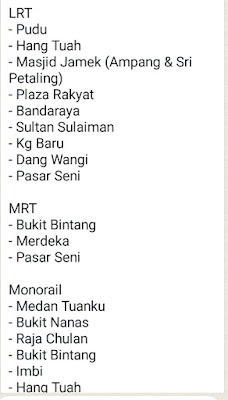 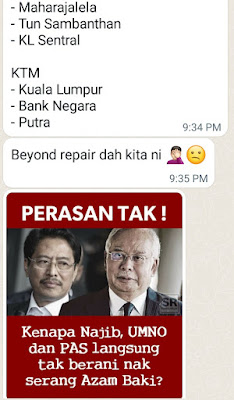 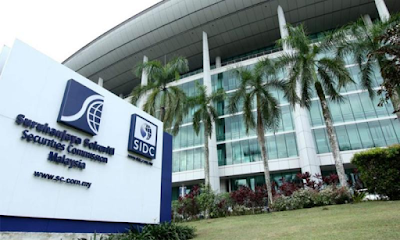 The Securities Commission blinked first...
When the going gets tough, the weak find that it's easier to make a U-turn. On Jan 18 this year, the Securities Commission (SC) said that its investigation into the 'Azamgate' scandal was inconclusive.
Its investigation was shoddy, sloppy and slapdash. It resembled a botched attempt by a pupil who failed to revise, but who simply scribbled unintelligent answers on the examination paper. No explanations were given. No recommendations had been made. It was pathetic. My neighbour's daughter, a Standard Six pupil, can do a better job of investigating 'Azamgate'.
We wanted a decent and transparent investigation, but the SC treated Malaysians as fools. The public was incandescent with rage and made their feelings known on social media.
The following day, Jan 19, the SC concluded that MACC chief commissioner Azam Baki had done nothing wrong. It contradicted Azam's earlier statement about his share dealings and his brother's involvement. Why the U-turn?
The government realises the severity of Azamgate. The heart of the matter is the civil service code of conduct. It is about the core of government - the integrity of the civil service. The unelected Ismail Sabri Yaakob and his bloated cabinet had discussed the Azamgate affair and it would be naïve to think that they did not influence the SC's decision. If Ismail thought that the SC's conclusion would be the end of the matter, then he is sorely mistaken.
The intimidation started and Adam Adli, who is organising a march to protest Azamgate, was questioned by the police. Opposition MPs had to be stopped, and the government's hatchet man was detailed to reject the motion of the opposition MPs to discuss Azamgate in Parliament. Dewan Rakyat Speaker Azhar Azizan Harun specialises in throwing spanners into the works.
Azamgate is also damaging because it involves cover-ups, insider trading and how family allegiances enable corporate and institutional wrongdoings to be hidden away from the public eye. What's in a family name? In Malaysia, it is everything. Power, position and wealth. Or, to put it differently, you have cronyism, corruption, commission and cover-ups.
Azamgate is no fairy-tale. Just pluck one prime minister, or minister, and trace his family connections. In a scandal, just follow the muddy trail which will lead to at least one family member, sibling, uncle or his own children who are married to cronies, corrupt politicians, or VVIPs. These are Malaysia's "untouchables". Ismail has urged us to respect the SC's results. Why should we? 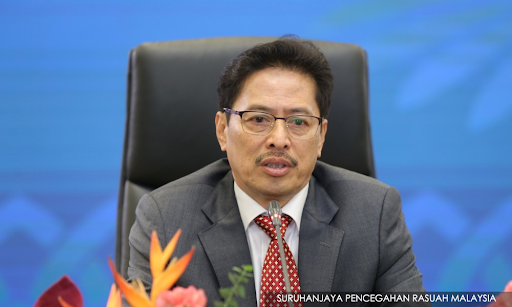 Azam is the chief commissioner of the Malaysian Anti-Corruption Commission (MACC). Someone in his position must be cleaner than clean and whiter than white. He compromised himself with the allegedly dodgy purchase of shares in 2015 and 2016. A basic set of rules governs company employee behaviour, whilst civil servants have a code of conduct, but Azam chose to ignore them. He should set a good example.
The Azamgate scandal raises many more questions. As the Prime Minister, Ismail Sabri said that he would take care of the welfare of the rakyat, as in "Keluarga Malaysia". After the investigations were conducted, were our interests upheld? No!
SC's press statement on Jan 18 made the rakyat angrier. The SC said that "based on the evidence gathered, the SC is not able to conclusively establish that a breach under Section 25(4) of the Securities Industry (Central Depositories) Act 1991 (Sicda) has occurred."
Is the Securities Commission sitting on the fence? Why is the SC non-committal and its investigators sitting on the fence? The outcome is a version of "You help me, I help you". In other words, "You don't investigate me, and I will not investigate you".
On Jan 18, Azam seized upon the inconclusive SC report and claimed victory by saying that his file was closed and he could get back to work. He thanked the SC and expressed relief that his nightmare was over.
He claimed that the SC had found that he had not committed any offence. This is not true because the SC clearly stated that its findings were inconclusive. We now know that the SC probably had its arms twisted later that day.
Azam 'closed' the inquiry file and vowed to continue to fight corruption without fear or favour; but who said anything about closing the case? As far as the public is concerned, the Azamgate scandal is far from over. 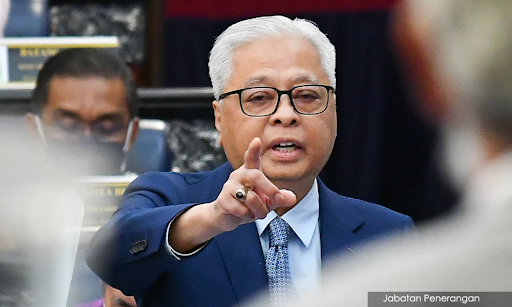 The rakyat would like to know why the investigating officials of the SC declined to elaborate on their findings on Jan 18. They didn't even attempt to make any recommendations. Why not?
Who are the people on the SC panel who made the ludicrous decision? Do they not realise the consequences of their actions? Are the people on the SC panel qualified and experienced to undertake this investigation? It now looks like one does not need special skills. The only qualification needed is to say, "Yes, sir".
So, why was the result inconclusive on Jan 18? Was it because of a lack of evidence? Were official procedures not strictly adhered to? Were records missing, removed or deleted from the files or database? Or did they think that the public is not discerning and would happily accept the "inconclusive" findings?
After the U-turn on Jan 19, we thought that perhaps the SC needed more time to conduct a thorough investigation. Were there loopholes that Azam had been able to circumvent when purchasing the shares? Will these loopholes be plugged?
Overnight, the SC managed to overturn an "inconclusive" finding into something more concrete. Miraculously, Azam had done nothing wrong. Don't Malaysians want to know if heads would roll? Does the SC realise that they have trashed whatever integrity it may have once had? More importantly, had Nasir Baki been called to give evidence? What did he say?
The SC is allegedly being investigated by the MACC for insider trading. This corrupt practice has allegedly been happening for decades. If Azam is declared "clear of wrongdoing", will the individuals whom the SC penalised for proxy trading be refunded and receive an apology for wrongful prosecution?
Azamgate was poorly handled, and Ismail Sabri has only made us more determined to get rid of his unelected monster cabinet that has put Malaysia on a path of self-destruction. Azamgate needs an independent investigation.- Mariam Mokhtar 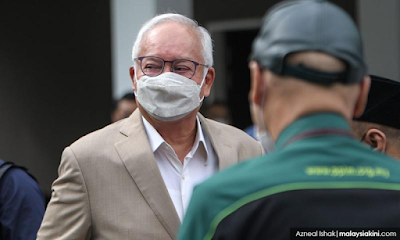 Najib sought my help to remove
Sri Ram as DPP - Muhyiddin...
Muhyiddin Yassin claimed that Najib Abdul Razak had sought his help to remove Gopal Sri Ram as a prosecutor in the latter’s ongoing criminal court case. Former prime minister Muhyiddin made this claim in a letter issued by his lawyers dated Sept 17 last year, in response to also former premier Najib’s letter of demand against him.
On Sept 9 last year in a Facebook posting, Najib said that he sent the letter of demand to Muhyiddin. The legal letter wanted Muhyiddin to answer whether he was responsible for spreading a rumour - where Najib was alleged to have made a request for the then premier to interfere in Najib’s court cases.
Earlier on Aug 4 last year during a televised speech, then embattled premier Muhyiddin claimed that some people wanted him to interfere in court proceedings, alleging that his critics were "uncomfortable" with him because he refused to accede to their demands.
He alleged that there were appeals for him to interfere in court matters to free several individuals who were being charged with criminal acts. However, he did not name these individuals. 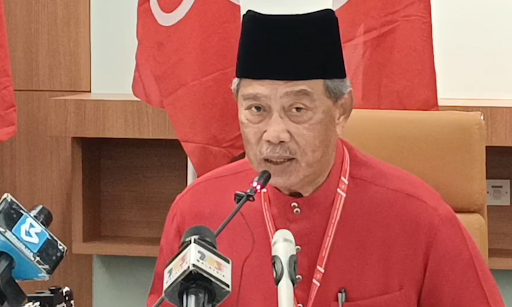 On Jan 14 this year in response to Muhyiddin’s allegation, Chief Justice Tengku Maimun Tuan Mat denied that any party tried to approach her or other top judges to try to interfere in court cases. In the Sept 17 letter issued by law firm Rosli Dahlan Saravana Partnership, Muhyiddin’s lawyers reiterated that their client would not entertain any attempt at judicial interference.
Muhyiddin’s legal team claimed that in a meeting between him and Najib - whose location and date and time were not specified - that Najib allegedly complained about Sri Ram’s appointment as DPP in criminal cases against Najib, and allegedly sought for Muhyiddin’s intervention.
Formerly a federal court judge and now in private practice, Sri Ram was appointed as senior DPP by the attorney-general to conduct 1MDB-linked criminal court cases against Najib.
Muhyiddin’s lawyers reiterated that he reserves the right to disclose full particulars in regards to the allegation.
Muhyiddin’s legal team also stated that he would not be acceding to Najib’s letter of demand, and that in the event that Najib files a lawsuit, they are instructed to receive the cause papers and vigorously defend against it in court. - Hidir Reduan Abdul Rashid,mk 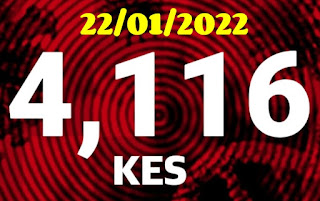