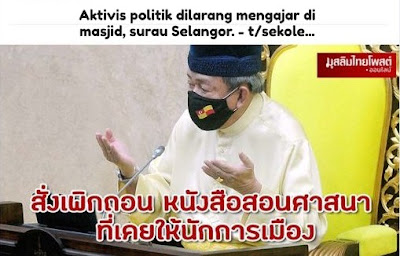 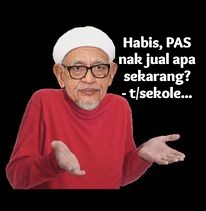 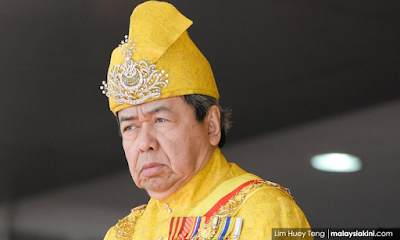 Why Sultan Selangor bans
politicians from preaching Islam...
When Barisan Nasional coalition, which had ruled for 61 years since independence in 1957, was defeated in the May 2018 General Election, Malaysia became worse. This is due to the new alliance between Malay ultras (UMNO) and Muslim extremists (PAS) who joined forces to undermine the democratically-elected multiracial Pakatan Harapan government.
The national cooperation between the defeated United Malays National Organization (UMNO) and opposition Islamic party PAS, glorified as “Muafakat Nasional” under the pretext of Malay-unity, saw the beginning of a new era of racism, radicalization and extremism never seen before. To stay relevant, even then-PM Mahathir Mohamad had resorted to playing the race and religion cards.
Harbouring and protecting Indian Muslim hate preacher Zakir Naik, a permanent resident of Malaysia who openly questioned the loyalty and legitimacy of Malaysian Chinese and Indian citizens, was not enough to make Mahathir a Muslim champion. He had attended a so-called Malay Dignity Congress to project himself as a Malay hero. But the stunts only added more fuel to extremism.
After just 22 months, the Pakatan Harapan administration collapsed prematurely due to treachery and treason when Muhyiddin Yassin and Azmin Ali betrayed their Bersatu (Malaysian United Indigenous Party) and PKR (People’s Justice Party) political party respectively. Leading a backdoor government called Perikatan Nasional, PM Muhyiddin was a disaster.
The Perikatan Nasional Malay-centric government had practically done nothing, except mismanaged the economy and mishandled the Covid pandemic. The power-crazy Muhyiddin spent all his time politicking and scheming, including a declaration of a State of Emergency, a convenient tool to suspend the Parliament to prevent any attempt to topple him.
Not only Mahiaddin alias Muhyiddin became the shortest serving prime minister in the history (after backstabbed and betrayed by ally UMNO), his 17-month legacy will be known by historians and students as an era of SOP U-turns, policy flip-flops, double standards, incompetence, hypocrisy, corruption, Coronavirus mishandling, economic mismanagement and of course – illegitimacy.
On the day Muhyiddin reluctantly resigned, his clueless and incompetent regime had killed close to 13,000 people due to Covid, mostly Malays whose deaths could be prevented. Worse, his regime’s 17-month saw not only the “Talibanization” of the country, but has emboldened PAS extremists to begin challenging the Malay Rulers – Monarch Institution. 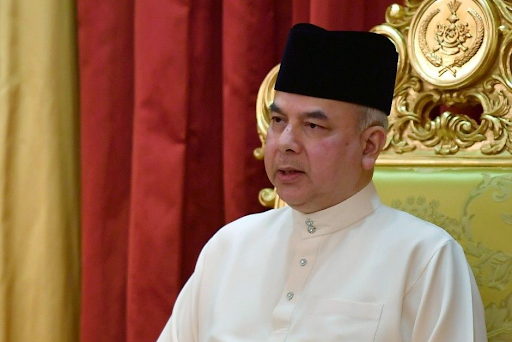 For example, the Sultanate of Perak finally tasted the true colour of PAS when Sultan Nazrin Shah summoned Perak PAS assemblymen for an audience related to the formation of Perak new state government in Dec 2020, only to be ignored. The arrogance of power saw PAS president Abdul Hadi Awang ordered all the PAS leaders to disregard the royal decree.
But it was just the beginning. The PAS leaders, riding on Islam, had even gone as far as conspiring with Muhyiddin and faked the revocation of the emergency laws without the consent from the Palace, a move tantamount to usurping the powers of the King. It was an act of waging war against the Yang di-Pertuan Agong (the King), an offence that carries capital punishment – “death penalty”.
Of course, with tail between legs, all the nine Malay Rulers could not do anything because the backdoor and illegitimate government comprised primarily of UMNO, Bersatu and PAS – the biggest Malay political parties. It was then that most Malays, who were struggling with bread and butter crisis, began to realize the mistake of blindly cheering for a Malay-Muslim government.
In the same breath, the Sultans, who themselves had fantasized a grand Malay-Muslim government, have finally come to their sense that their respective thrones could be threatened if they allow Islamic extremists and radicals run amok in the country. That’s why Selangor Sultan Sharafuddin Idris Shah has just issued a royal decree banning politicians from preaching Islam in the state.
There’s little doubt that the decree, issued through the Selangor Islamic Religious Council (MAIS), was specifically targeting the Malaysian Islamic Party PAS. This is not the first time the Sultanate of Selangor has revoked the teaching accreditation to politicians. The Selangor Royal Court council made a similar decision back in March 2019, and again in August.
The Sultan Selangor’s decree to bar Islam from being politicised and used as a political tool, especially in mosques and “surau”, was not seriously enforced in 2019 largely due to the hostile climate against the Pakatan Harapan federal government, who was under siege after falsely accused of being anti-Islam, anti-Muslims, anti-Malays and anti-Malay Rulers.
This round, however, the new decree comes at a time when people are both angry and disillusioned with the clueless and incompetent governments of Muhyiddin and Ismail Sabri, specifically with PAS. As expected, PAS extremists were upset with the royal decree because it would affect the Islamist party’s ability to spread fake news and falsehoods among Malay voters. Ostad Dasuki...
A PAS leader, Ahmad Dusuki Abdul Rani, was up in arms, claiming that the ban would only widen disunity among Muslims. He even spread dangerous rumours and fears that the royal decree would allow the enemies of Islam to “rejoice”. As usual, the extremist quickly played God, warning that Allah’s blessing will not reach the Muslims due to lack of unity.
Indirectly, Ahmad Dusuki, whose accreditation to preach will be revoked effective midnight Dec 31, 2021 has accused Sultan Selangor – the head of religion in the state – of anti-Islam for the ban. He was also blaming the monarch for dividing the Malays, allowing the non-existent enemies of Islam to rejoice. Exactly what grass has this PAS leader been smoking?
The Muslims have been slaughtering each other for the last 1,000 years. What are so special about 19-million Muslims in Malaysia that they could unite when 19-billion Muslims in the world cannot or refuse to unite? Why suddenly blame a piece of royal decree now when the Malay-Muslim Perikatan Nasional government cannot even unite despite close to 2 years sleeping together?
The Sultan Selangor is one of the most “conservative” monarchs. He is the same sultan who insists that “Allah” cannot be used in Christian publications or the Christian’s Bible. Yet, he is now against PAS politician-preachers when he should have supported them. That speaks volumes how toxic the Islamist party is, so much so that the sultan has to put a stop to the extremists.
In truth, Malaysia is fast becoming a pariah state because of Islamic extremism. From Mahathir being awarded one of “Top-20 Most Dangerous Extermists Around The World” to Hadi Awang being blacklisted as a terrorist by Saudi Arabia, and from Timah Whiskey fiasco to a non-halal cheque rejected by Bank Muamalat, the country is infamous for the wrong reason.
It was already bad when award-winning Timah Whisky, meant only for non-Muslim consumption, was politicized by extremist politicians who claimed that the alcoholic beverage would confuse the Muslims. It becomes worse – and hilarious – when Bank Muamalat rejected a cheque issued by a church to help flood victims, as if the cheque could be eaten.
Islamic extremism has reached a level that even hates preacher Zakir Naik has resurfaced on Christmas Eve and stirred up racial and religion sentiments, warning Muslims not to celebrate, participate or accept gifts during the Christmas festival. He also claimed Muslims were prohibited from selling things (like greeting cards) that help Christians or non-Muslims celebrate their festivals.
And now you have another hate preacher – Azhar Idrus – who lectured Muslims that they were not allowed to clean up non-Muslims’ houses of worship that were affected by the recent flash flood. According to his selfish theory, Muslims should mind their own business by cleaning their own mosques or surau only. Non-Muslims can help clean mosques, but not the other way round. 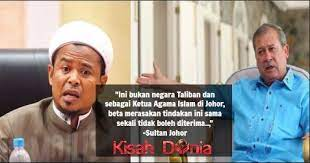 Sultan of Johor and Ostad Zamihan...
Even sports were not spared. The International Olympic Council (IOC) may ban Malaysia from hosting future international sporting events following the government’s decisions to disallow Israelis athletes into the country. Thanks to Mahathir, mixing sports with politics – even extreme religions – has reached a critical point where the country may be isolated as the world has had enough of Malaysia’s antics.
But what Sultan Selangor, and other monarchs for that matter, fears the most – at least silently – is the prospect of an “Iranian Revolution” in Malaysia. Also known as the Islamic Revolution, the 1979 revolution in Iran saw how the Pahlavi dynasty under Shah Mohammad Reza Pahlavi was overthrown and replaced with an Islamic republic under the rule of Ayatollah Ruhollah Khomeini.
As the influence of Islamic extremists increases, it’s not impossible that all the current nine Malay Rulers could be overthrown by PAS. After all, Hadi Awang, who had quietly visited Iran many times in the past, is a strong supporter and admirer of the Iranian regime. Ironically, while almost all Muslim Malaysians are Sunni Muslims, PAS, now part of the government, is seen as Shia Muslims.
As power-hungry UMNO and Bersatu fought tooth and nail to cling to power, PAS, self-proclaimed kingmaker, has taken the opportunity to spread its version of corrupt and extreme Islam, especially against minorities Chinese and Indians. But with both UMNO and Bersatu close one eye in exchange for PAS support, allowing PAS politicians like Ahmad Dusuki to preach is a recipe for disaster.
Neither UMNO nor Bersatu actually care about Malay Rulers. The greedy and corrupt politicians were too busy enriching themselves with positions and projects. When PAS leaders openly expressed their support for the return of Taliban in Afghanistan, none of the UMNO or Bersatu leaders expressed any concern of the brutality of the Talibans.
The signs of PAS extremists challenging the monarch could be traced as early as 2017 when Sultan Selangor ordered the Selangor Islamic Religious Council (JAIS) to strip Zamihan Mat Zin of his teaching credentials. The extremist had criticised the Sultanate of Johor who ordered a Muslim-only launderette to stop its discriminatory business practice.
In 2018, the defiant Zamihan together with Muhamad Rozaimi Ramle, another controversial preacher who was also a lecturer at Universiti Pendidikan Sultan Idris (UPSI), were banned by the Sultanate of Perak for teaching Islam that was not in line with the Shafi Islam as practised by a majority of Muslims in Malaysia. In 2020, Zamihan questioned e-commerce website Shopee as a platform for Muslims to pay their zakat.
While teaching Islam without accreditation in Selangor is in violation of Selangor’s Syariah laws and is punishable with a fine of up to RM3,000 or two years’ jail or both, it would be interesting to see if the authorities dare to take action against the “untouchable” PAS politicians cum preachers. So far, there has been zero action against Ahmad Dusuki, who appeared to question and insult the royal decree. - FT 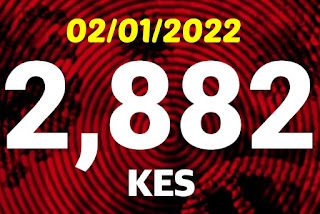