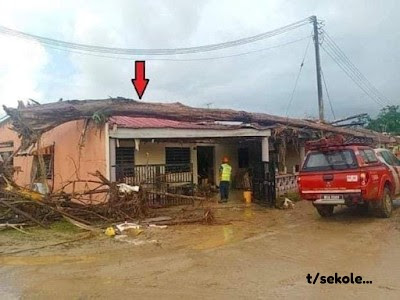 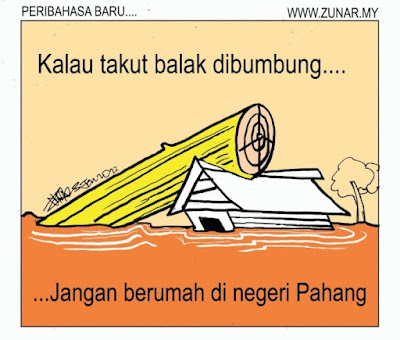 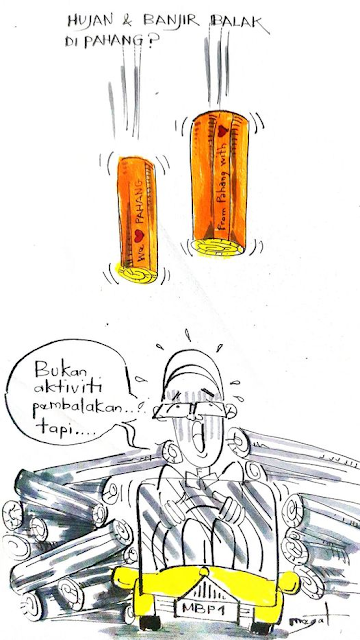 MP appeals to Agong to act against
those who misuse his name for logging...
Shah Alam MP Khalid Abdul Samad has appealed to the Yang di-Pertuan Agong to act against those who misused his name for logging activities.
This came after a video was circulated on social media showing a verbal confrontation where a "Datin" accused a man of damaging the environment but the man rebutted her by stating that he was from the Pahang royalty and will be "meeting with Tuanku".
"The man appeared to claim he had the protection of the palace and people with the title of 'Tan Sri' or 'Datuk Seri' are small and there was nothing to be worried about because he was with the palace.
"I am confident that Tuanku Yang di-Pertuan Agong is not involved and his name and that of the Pahang palace were being misused.
"His Majesty's name is being sullied by those who are irresponsible," Khalid (above) said in a statement. Yang di-Pertuan Agong Sultan Abdullah Sultan Ahmad Shah is also the Pahang sultan. 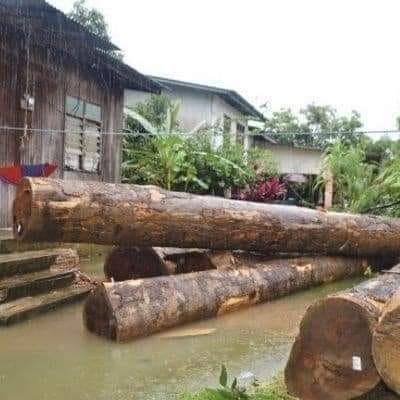 Kepala air punya workmanship...
Khalid appealed to the ruler to clarify the situation and distance his majesty from those who are misusing his good name. The lawmaker said he was confident that the ruler cared about the people's suffering.
Logging activities have been under the spotlight after parts of the country suffered flash floods due to sustained rain.
The situation in Pahang has raised eyebrows as flooding there had brought with it a large number of logs, raising concerns over whether logging was partially responsible for the disaster.
The Pahang Forestry Department claimed the washed logs were from landslides. However, environmental groups have highlighted that some of the logs were sawed-off. - mk 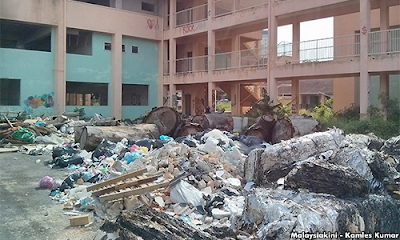 Abandoned school, a 'Pontianak'
and accountability...
Twenty-two years ago, I moved to Taman Desa, Kuala Lumpur, with my family. We rented an apartment overseeing a large piece of land that looked like a common wetland area.
Every weekend, I saw people walking in and out of the area – with fishing rods and their catch of the day. On a clear day, white storks would be flying around looking for snacks. Having a peaceful looking green area right across the street from my balcony was a delight I must say, especially after a long stressful day.
A couple of years later, a new construction project to build a public school took place in the area. Many of us in the neighbourhood discussed the suitability of the soil structure of the land for a school building, especially since it involved the safety of children.
However, since construction projects would normally include regular progress reports submitted to and approved by the client – which in this case is the Education Ministry - we believed everything would be well executed.
In 2003, SK Danau Perdana was built at the cost of RM14.5 million. Situated at Jalan 1/109F in Taman Danau Desa, Jalan Kelang Lama, the school started to enrol its first batch of students that year.
My daughter, who started her schooling in 2004, was among the school’s second batch of students. During her schooling days in Primary One that year, many of the parents, including myself, observed cracks on the walls of the school (photos, above). When we informed the school management, we were asked to calm down and given the assurance that the premises were new and safe. 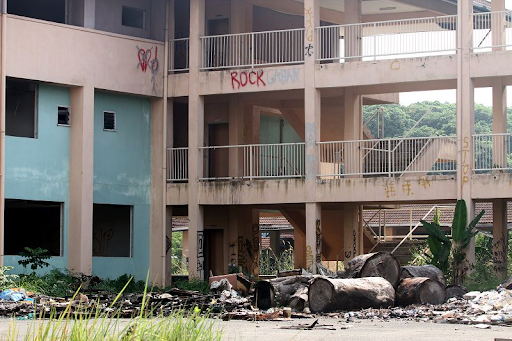 And then, a flying roof
A few months into 2004, more cracks appeared on the indoor and outdoor walls of the building, so much so that it became a common sight around the school. Reports were then made and certain areas, including a few classrooms and corridors, became no-entry zones.
To look into the matter, the school was visited by a few government officials, including a minister. This visit resulted in barricade tapes being plastered to block off the danger areas.
However, the school was still operational. Children whose classes were located in the danger areas were relocated to different floors.
And then the monsoon season began. During a heavy downpour, a chunk of the roof came crashing down. Although no students, teachers or workers were injured, the incident made quite a number of parents fearful of the disaster waiting to happen – including me.
Eight months after enrolling my daughter in the school, I transferred her out. I was not going to risk her safety in such a place. About two months later, part of the school’s wall collapsed and the building began to sink. The school was finally deemed unsafe. By the end of 2004, the school was ordered to be shut down. 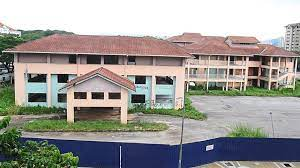 Emptied and abandoned
With the school emptied and left abandoned, protective fences displaying warnings were set up to keep people away. However, it failed to stop drug addicts and vagrants from turning the building into becoming their hangout spot. Soon, the walls were painted with graffiti, classrooms filled with trash and recyclable materials, including drain covers, were stolen.
But the drug addicts and vagrants were not the only visitors to the place. According to local paranormal investigators, the former school building has also turned out to be one of the most famous haunted places in the country (Google, if you don’t believe me).
Apparently, the plagued school is also home to a spirit known in the Malay culture as pontianak. The spirit that is said to haunt the school is believed to be a woman who once worked as a school cleaner who had died during pregnancy and then returned to the school to terrorise those who dared to enter the premises.
Now I don’t know if any of you believe in paranormal activities, but here’s a fun fact - if only the pontianak had terrorised the people accountable for the abandoned school, I would have instantly become a paranormal fan. 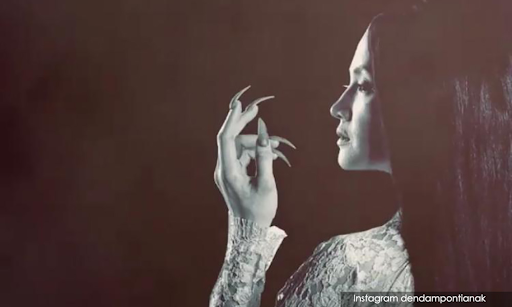 Transparency and accountability
Many residents in the neighbourhood (excluding the pontianak) were disappointed that the government had no urgency in resolving the matters pertaining to the abandoned site. Every time it was brought up, the residents were informed that either the Education Ministry was suing the contractor or that the government was looking into the matter.
Every now and then, the residents heard talks about the land being re-developed for various new projects such as high-end condominiums and international schools. However, nothing has happened.
Today, 18 years later in the year 2022, the abandoned building continues to be an eyesore for the neighbouring residents. No one has been held accountable for the poor construction of the public school.
Like SK Danau Perdana, there are many failed government projects with no parties held accountable. At the end of the day, not only are taxpayers’ money used to fund these public projects that get flushed down the toilet, the safety and well-being of the people are also jeopardised.
No wonder the people are angry about the recent exposure by Segambut MP Hannah Yeoh on the government’s proposed housing development projects on land originally marked as retention ponds.Then again, how many other projects have gone unexposed, I wonder.
As we begin the year 2022, I remain hopeful that our lives in this country will improve, and not get worse. I hope our government will focus more on taking care and protecting our communities, instead of taking care and protecting their own well-being.
I hope the government will be responsible for their actions, the things they do and the things they don’t. I hope they take responsibility and learn to fix their mistakes. No more lies.No more excuses.No more deception. - FA Abdul,mk 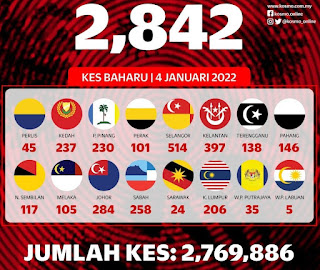