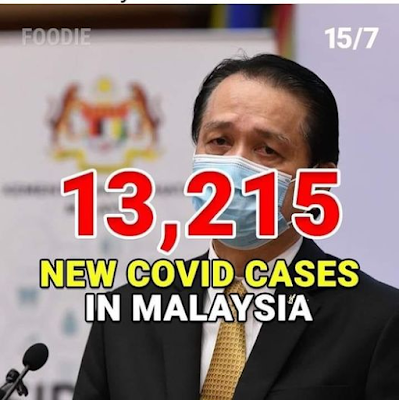 Health minister announced that those aged 60 and above residing in KL and Selangor
who have yet to be vaccinated can walk in to any center for vaccination.He also said that general practices in Selangor will be allowed to give 'walk-in' Covid-19 jabs to those over the age of 60.This pilot programme will begin in KL and Selangor, and gradually be expanded to other states...
It could become an
'Ismail Sabri' government - Tajuddin
Umno supreme council member Tajuddin Abdul Rahman questioned his party's apparent ambivalence towards the appointment of their vice-president Ismail Sabri Yaakob as deputy prime minister. Tajuddin's query, purportedly raised during an Umno supreme council meeting, was uploaded on Facebook by the party's Ketereh MP Annuar Musa.
Annuar is a key opponent of Umno president Ahmad Zahid Hamidi, who had steered the Umno supreme council to endorse the decision to withdraw support for Prime Minister Muhyiddin Yassin. Zahid announced the decision in the wee hours of July 8, after an all-night meeting by the supreme council on July 7.
Hours before the withdrawal decision was announced, Muhyiddin had appointed Ismail Sabri as the deputy prime minister in a bid to retain support from Umno.  Umno sources confirmed that the recording uploaded by Annuar is authentic.
In the recording, Tajuddin said Umno leaders should not assume that the administration is Muhyiddin's government.
"It could be Ismail Sabri's. Ismail Sabri's government - let him do his job. If we deliver, I think Muhyiddin will give him more responsibilities. "This is the time for Ismail Sabri to show that Umno controls the government - one that defends the people and party," he said.
Tajuddin, who was previously supportive of quitting the Perikatan Nasional (PN) government, made the case against it.
However, he maintained that he was not going against the Umno general assembly's decision which had given Zahid the mandate to decide on when to sever ties with the PN government. Instead, he said, it was a matter of timing. 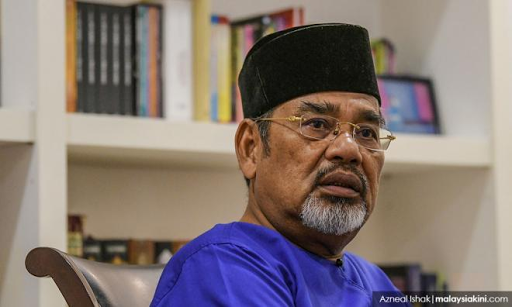 "Everyone agrees. Don't accuse (me) of not agreeing. The only disagreement is on doing it now. "Many have said now is not the appropriate time," he added. Tajuddin was in May detained by the MACC over an abuse of power investigation.
In January, he did not rule out working with Pakatan Harapan, including the DAP. However, in the meeting, Tajuddin emphasised that Umno should not work with DAP or with opposition leader Anwar Ibrahim.
He also expressed concern that pulling out from the PN government may not lead to its collapse. The Pasir Salak MP went on to suggest that the PN government may cut a deal with the DAP for its survival.
"Do we really think that the government will collapse if we withdraw? They could work with the DAP. "The DAP, to obtain consensus, could support (PN). They don't need to join the government. They only need to provide their votes to ensure the (Bersatu) president remains the prime minister. "What will happen to Umno then?" he asked. - mk
Tajuddin’s U-turn is obviously another case of being victim of the arm-twisting tactics, the same way as Xavier Jayakumar was forced to leave PKR over his corruption case. MACC must have done in good job again to neuter Tajuddin this time, following his brief detention by MACC after being sacked from Prasarana in March. He was then investigated for abuse of power and corruption as chairman of Prasarana. - Kim Quek
We have to thank Mahathir now that government is restored back to pack of thieves. - PinkKijang3425
At the end of the day, it is all about dumno trying to wrestle back power. Whether it be dumno, bersatu or pas, one word summed it all - Mabuk Kuasa! - Optimus 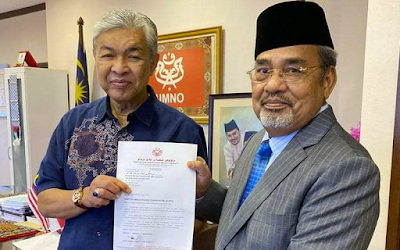 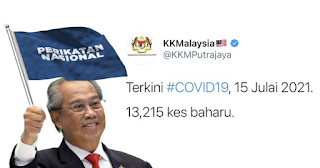