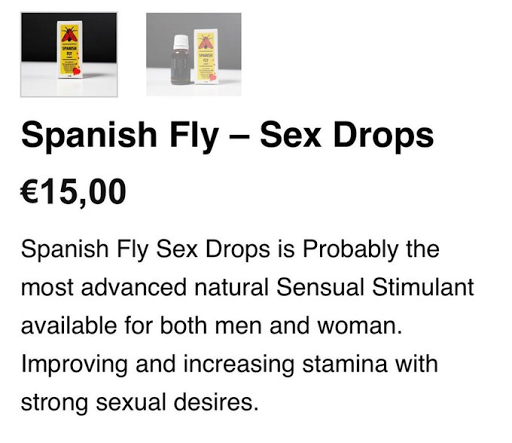 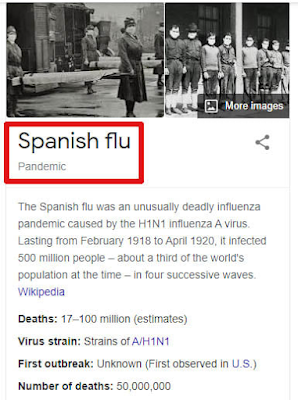 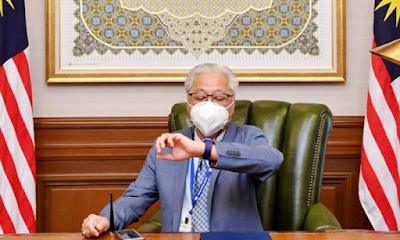 Will the new DPM Ismail Sabri
start Malaysia 2.0...
Mahiaddin Yassin must be serious about his Malay Malaysia vision. Was it desperation or an error of judgement, when he promoted Ismail Sabri Yaakob as his deputy. Ismail failed to manage the Coronavirus pandemic.
To make matters worse, Hishammuddin Hussein now heads the National Security Council. Has Mahiaddin forgotten Hishammuddin’s handling of the Lahad Datu incursion in 2013? Has he conveniently sidestepped the problem of missing helicopters and the saga of the sale of Mindef land? Malaysian PMs promote incompetent people so that they (the PM) will look like a genius.
In 2015, after a druggie stole a mobile phone from Low Yat Plaza, the theft escalated into a riot when Mat Rempits thugs descended on the complex and caused untold damage.
The police did nothing for a few days, until it was alleged that a trader told the then IGP, Khalid Abu Bakar, “We pay you protection money. Do something to protect our businesses” Is this part of the cartel that we often hear about?
The druggie was treated like a Malay hero. Worse followed, when Ismail, in his new role as the Rural and Regional Development Minister, suggested the creation of a “Low Yat 2” electronics store dedicated to Malay traders. 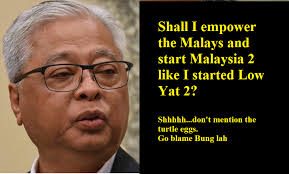 Ismail wanted to empower Malay traders. He said that “Low Yat 2” should be established at a prime location in KL, to rival the original Low Yat Plaza, Malaysia’s foremost electronic goods store.
He said that “Low Yat 2” would fulfil the needs of the people who previously shopped at Low Yat Plaza for electronic gadgets and accessories. He said, “Our target is 100 percent Malay traders. There has never been a supplier from the Malays, so we will give some leeway.”
Ismail’s idea of empowering the Malays was to provide them with more crutches. He gave unfair advantage to 36 Malay traders in “Low Yat 2”. They received six months’ free rent, and free renovations to start their businesses on the second and third floor of the MARA-owned Atrium Busana Mall, at Jalan Tuanku Abdul Rahman. Malaysians were even more confused because they had just been told that MARA had run out of money.
Ismail thinks that giving more handouts would give the traders “an advantage”, but if one is to succeed in the telecommunications business, it is more important to be knowledgeable about the product than to have free rent. He failed to appreciate the value of hard work and commitment. 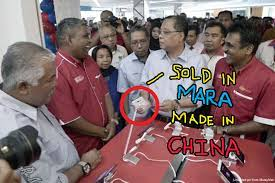 Ismail Sabri ignored the harsh lessons from the NEP, that despite four decades of affirmative action policies, the Malays have not learnt much. In fact, they have regressed. It is like running on the spot and not covering any distance at all.
One Malay customer who shopped at Low Yat 2 expressed dissatisfaction. He said, “I am angry with the lackadaisical attitude of some Malay vendors. Some close shop early on Friday afternoon. They don’t return for several hours. Malays cannot progress without self-discipline. Nothing beats competition, capitalising on one’s strengths and correcting one’s weaknesses.
Around the nation, “Malay-only” malls and shop-lots started by various government initiatives are half-dead and lack character. In some shops, disinterested-looking customer service representatives struggle to speak English (forget about Mandarin or other languages). They lack knowledge about their wares. The shelves are dusty and mostly empty.
Will DPM Ismail want to start Malaysia 2, to empower only the Malays. Didn’t Low Yat close shop? – Mariam Mokhtar,Rebuilding Malaysia 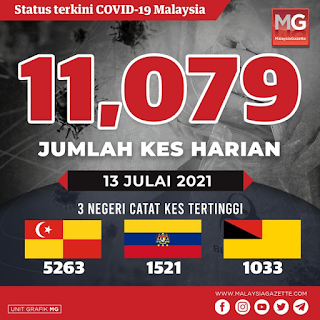