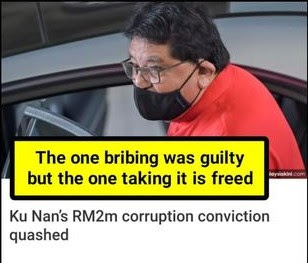 The person who accepted RM2 million and put it into his company account is faultless as it is a political donation . The person who “ donated “ the money was found guilty of bribery.Next time when you have a dead body, the deceased is guilty but the killer is innocent. Corruption is officially accepted by the govt...Tunggu Harakah ucap tahniah!!!... - minah kerang 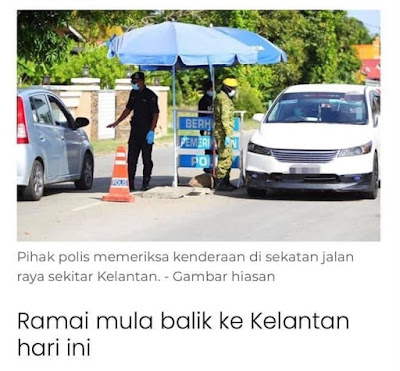 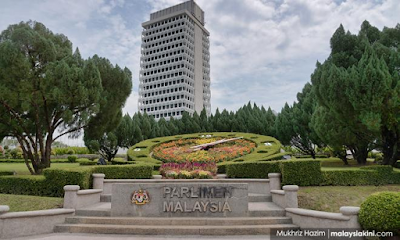 The five-day meeting of Parliament
is just a special briefing session...
The five-day meeting of Parliament from July 26 is not a proper Parliamentary meeting but just a special briefing session with a series of Ministerial statements on the Covid-19 pandemic. Malaysia is providing the world the example of a muffled and emasculated Parliament.
Firstly, there would be no Question Time, which under Dewan Rakyat Standing Orders 22(2) would require Members of Parliament to give notice of at least 10 working days – and there are no 10 working days before the July 26 meeting.
Secondly, no Opposition motions would be allowed.
The Emergency Proclamation and Ordinances would be tabled in Parliament but there is no vote on the Emergency Proclamation and Ordinances.
According to the parliamentary notice yesterday, the agenda is just a series of Ministerial statements on the National Recovery Plan, Vaccination Programme, Emergency Implementation and the Economic Assistance Packages. 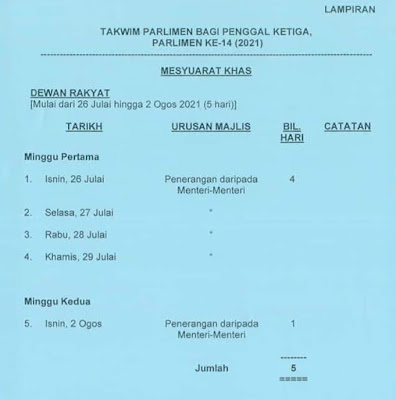 Macam takwim mesyuarat JKK Kampung Pasir Dua Butir...
The notice said that the Speaker would allow MPs to ask for clarification and give views during the Ministerial statements, but will MPs be allowed to debate and vote on the respective Ministerial statements?
If MPs can convene to meet, why can’t Parliament hold an ordinary Parliamentary meeting in accordance with normal parliamentary practices and the Dewan Rakyat Standing Orders for the past six decades? The parliamentary notice is in fact a violation of the Dewan Rakyat Standing Orders.
In this connection, it is shocking to read of the Utusan Malaysia report quoting the Senate President Rais Yatim as saying that any attempt to unseat Prime Minister Tan Sri Muhyiddin Yassin via a no-confidence motion in the coming Dewan Rakyat sitting will not be allowed. Has Rais Yatim become the de facto Parliament Speaker?
This is indeed a black day for Parliament. Is this muffled and emasculated Parliament the government’s answer to the repeated decree of the Yang di Pertuan Agong and the Rulers for Parliament to be convened before the emergency ends on August 1? - LKS 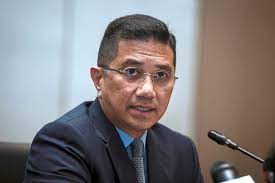 Azmin Ali’s ‘official trip’
to Europe and Turkey...
Ministers like Azmin Ali enjoy the good life. This is how to enjoy for free. Azmin Ali went on an “official trip” to Europe and Turkey. Back home, people are starving, homeless, jobless and dying.
Mahiaddin Yassin must think the rakyat is stupid. Does he think the taxpayer can continue to pay for official trips for his incompetent ministers and one suspects, their families too? Is this what Hadi Awang describes as “kerajaan Allah”?
The gomen calls it study trips or official trips to attract foreign investors. We call it abuse of power and making the taxpayer pay for the holiday of the ministers, their families and officials.
At home, people have been made jobless, homeless. Many are starving or dying from Coronavirus. Others have decided to take their own lives. But ministers like Azmin Ali enjoy the good life.
Excerpt from Malaysiakini said that the International Trade and Industry Minister Mohamed Azmin Ali was given a tour of the Hagia Sophia while in Turkey. The tour guide posted a picture of Azmin and himself and reference was made to Azmin’s family being there, but this was later removed. 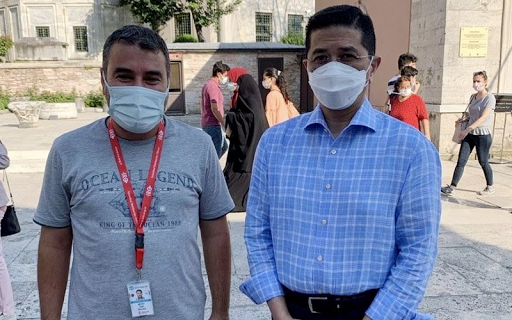 How come the “family” reference was removed? Is it because Azmin did not want the rakyat to know his family had also holidayed in Turkey/Europe, whilst people at home are suffering. Last week, we are told that Azmin was in Austria to meet with a minister there and to visit a semiconductor firm.
This is what I think....
A few months ago, Azmin went to the Middle East for an investment trip. All I saw was pictures of him mopping the marble floor of a mosque in Mecca. Where are the Bernama reports about investment? Was this another free trip to jolly because Mahiaddin and his cabinet know the Saudis will cancel the pilgrimage trips to Mecca?
Azmin made other overseas trips. We know that on these trips, these ministers are accompanied by their entourage and families. So, are we paying for them to have a holiday? We cannot even cross one state to another or in some parts of KL, go from PJ to KL and vice versa.
Mahiaddin and his cabinet are openly screwing the Malaysian rakyat. They spend taxpayer’s money so they can enjoy. Let’s redouble our efforts to get rid of them. All of them should resign, now. – Mariam Mokhtar,Rebuilding Malaysia 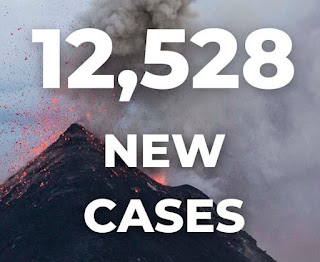