Under tremendous pressure from the people, especially after the humiliating defeat in the Cameron Highlands by-election, and the coming Semenyih by-election which does not look too promising, the Mahathir administration has finally agreed to re-look into one of the dozens of promises made during last May general election – abolishment of highway tolls.

Yesterday (Feb 25), Prime Minister Mahathir Mohamad announced that his government is taking the initiative to fulfil its election promise to abolish toll collection – in stages – with the introduction of the “congestion charge”, to encourage people to use highways during non-peak hours. Of course, people have gotten angry because the government has insulted their intelligence.

People wanted tolls, existed for as long as one can remember, to be abolished or cancelled entirely, not to be replaced with another gimmick tax regime called “congestion charge”. Apparently, the new Pakatan Harapan government has begun talks with Gamuda Bhd to negotiate the acquisition of four highway concessions – LDP, SPRINT, KESAS and SMART Tunnel.

At “normal” or non-peak hours, commuters will enjoy 30% discounted rates as compared to existing toll rates, while it will be “free” for all during the “off-peak” period between 11pm and 5am. Naturally, the opposition, especially ex-PM Najib Razak, happily grabbed the golden opportunity and mocked that the only ones that would benefit from the off-peak charges are ghosts, drunkards, and sex workers.

However, Mahathir argued against the criticism of the odd-hour charges – “To cancel all the rates becomes too expensive. We need to buy the tolled road. When you buy, you need to raise money and service the loans that we raise. So we try to reduce the money we have to pay for acquiring highways that will go stage by stage and step by step.”

To be fair, Mahathir was not the first person who promised free tolls for all and sundry. The 93-year-old man had consistently said it’s not possible to have highways without the collection of toll, even after he was made the country’s 7th Prime Minister. In fact, he was against the toll-free highways pledge in the Pakatan Harapan election manifesto, but played along thinking the coalition could not win.

Anwar Ibrahim, previously de-facto opposition leader and currently PM-in-waiting, was the guy who screamed at the top of his lungs about free highways for everyone during past election campaigns. But to be fair to him, highways without toll collections can actually be done – if the national coffers have RM383.3 billion of loose change to spare.

Yes, according to a 2010 study, the overall costs to take over all highways in the country are RM383.3 billion. In other words, had the crooked Najib Razak not burden the country with excessive borrowings, not to mention constant stealing and plundering, so much so that the external debts hit RM1 trillion mark, the people could indeed enjoy toll-free expressways today.

Last December, Finance Minister Lim Guan Eng disclosed that the government would have to pay RM972.75 million in compensation to 21 highway concessionaires for them not to raise toll this year (2019). In other words, due to lopsided business deals, corruption, cronyism and policies, taxpayers’ money are being sucked to pay the highways’ tycoons and elites.

That was why Mahathir warned yesterday that even if commuters are not charged tolls, the government will still have to pay for it using taxpayers’ money. Concessionaires have loans to service and other bills to settle, they would argue. This means the concessionaires and the banks need to make profits first. Like it or not, the ordinary people, even if they don’t use the highways, are the losers.

Certain ethnicity may not like the truth, but the root cause of the toll-abolishing issue is “ketuanan Melayu”, the ideology of Malay supremacy espoused by the United Malays National Organization (UMNO), the party that had dominated the country’s politics for more than six decades, before they stunningly lost power on May 9th, 2018. 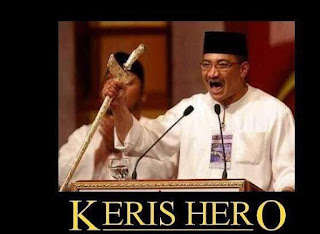 The New Economic Policy (NEP), giving ethnic Malays and Bumiputera (son of the soil) preferential treatment in all spheres of public life, such as 30% controlling stake of all corporate equity, reserved senior positions in the civil service, special quota in universities, 5% to 15% discount for Malay home buyers, and whatnot appears to have come back haunting Mahathir administration.

The NEP, designed to uplift the Malays, but soon became a means for UMNO to cement political support and an enrichment program for a selected few, is also responsible for the issue of abolishing highways toll today. Certain cronies and elites, even members of the royal house, were awarded contracts – without tender – to build expressways and given the privilege to milk the people in the form of toll collections.

Take for example the RM2.2 billion 50-km Kinrara-Damansara Expressway (Kidex) project, which was awarded to Emrail Sdn Bhd and Zabima Engineering Sdn Bhd – both without any highway construction experience. It was a gift from the Najib regime to then-Chief Justice Zaki Azmi and UMNO lawyer Hafarizam Harun for their roles in snatching back the Perak state using illegal and despicable methods.

Another example – Haris Onn Hussein, the brother of former Defence Minister Hishammuddin Hussein, possesses a 20.16% stake in Ekovest, a company awarded the contract to build the Setiawangsa-Pantai Expressway (SPE) at a cost of RM3.738 billion with a concession period with the Government for 53½ years. That’s a cash cow the Hussein family can milk for half a century.

Heck, even Gamuda, the concessionaire whose four highway concessions – LDP, SPRINT, KESAS and SMART Tunnel – being taken over by Mahathir government is partly belonged to the Sultanate of Perak. Raja Eleena Raja Azlan Shah, the daughter of the late Sultan Azlan Shah of Perak, is the single largest shareholder of Gamuda – via her 7.5% stake in Generasi Setia (M) Sdn Berhad.

Clearly, RM383.3 billion to buy all the highways is a daylight robbery to enrich only a dozen of Malay elites. The problem with these bloodsucking concessionaires was the frequent revisions of the agreement and terms by the government to continue milking people’s hard-earned money. There’s a reason why Mahathir, as did his predecessor Najib, wanted the status quo to remain.

Whoever controls the government essentially controls the cash cows. Not only the lucrative highway business is a cash cow, it is the ultimate goose that lays the golden eggs. EPF, ASB, KWAP and Amanahraya trustees are some of major shareholders of LITRAK, the highway concessionaire which operates LDP and SPRINT and owned by Gamuda Group.

The second largest toll highway company, PROLINTAS Bhd, is owned by PNB (Perbadanan Nasional Berhad) via various funds such as Amanah Saham Bumiputera (ASB) and Amanah Saham Wawasan (ASW). Even PLUS, the country’s largest highway concessionaire is now 51% owned by the government and 49% by EPF (Employees Provident Fund).

Another extremely lopsided project was the Maju Expressway (MEX), a 26km highway linking the city centre in Jalan Tun Razak to Putrajaya. The total project cost of MEX was RM1.32 billion, of which RM976.7 million was funded via government grants. Yet, despite Maju Holdings funding only 26% of the construction cost, crony Abu Sahid Mohamed was allowed to collect tolls for a period of 33 years ending Dec 6, 2037.

That’s right, government-linked companies, or G.L.C.s, tasked with representing and promoting bumiputera interests, are the primary shareholders of the so-called throat-cutting highway concessionaires, which happens to be the goose that lays the golden eggs. As of 2017, the GLCs  controlled over 68,000 companies – directly and indirectly – and about 42% of local stock market capitalisation.

If the new government is sincere and serious about helping the ordinary commuters, they can bring down the concessionaires to their knees with a snap of a finger. Mahathir can give the green light to review unfair and lopsided deals, demanding existing terms be reviewed. If the greedy, arrogant and stubborn concessionaires refuse, the government can always introduce special taxes.

Hey, if the government can punish gamblers, smokers and drinkers by imposing insanely high taxes on gaming, cigarettes and liquor companies, surely they don’t need a rocket scientist to teach highway concessionaires a lesson. But why should the government punish itself by taxing its own left pocket? In essence, GLCs which own highways, is one massive cartel controlling everything in the country. - FT 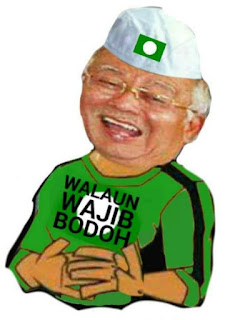 PKR president Anwar Ibrahim revealed little tonight about his claim that PAS had to pay Sarawak Editor Clare Rewcastle Brown a large sum of money to settle its defamation suit, except to say that the figure was RM1.4 million.

Keeping the purported evidence close to his chest, Anwar prodded PAS to challenge his claim.

"If PAS wishes to challenge me – anytime. I have the evidence," he told a ceramah in Semenyih.

Anwar said he deliberately goaded PAS for an answer yesterday when he alleged that a payment was made to Sarawak Report.

"Yesterday, I wanted to test them, I asked if they paid Rewcastle Brown, they said 'no'," he said.

Anwar maintained that he was telling the truth, however. Yesterday, PAS denied that Hadi paid the sum as part of a Feb 1 out-of-court settlement.

Hadi had sued Rewcastle Brown in London over a 2016 Sarawak Report article claiming that then-prime minister Najib Abdul Razak channelled RM90 million to top PAS leaders in a bid for support ahead of the 14th general election.

On Feb 13, the PAS president said both Sarawak Report and him agreed to settle the suit and keep the conditions confidential.

“If she (Rewcastle Brown) wants to reveal (the confidential conditions), it is up to her. I have not done so,” he added.

When contacted by Malaysiakini, Rewcastle Brown declined to comment on the claim that Hadi had paid her the sum. - mk