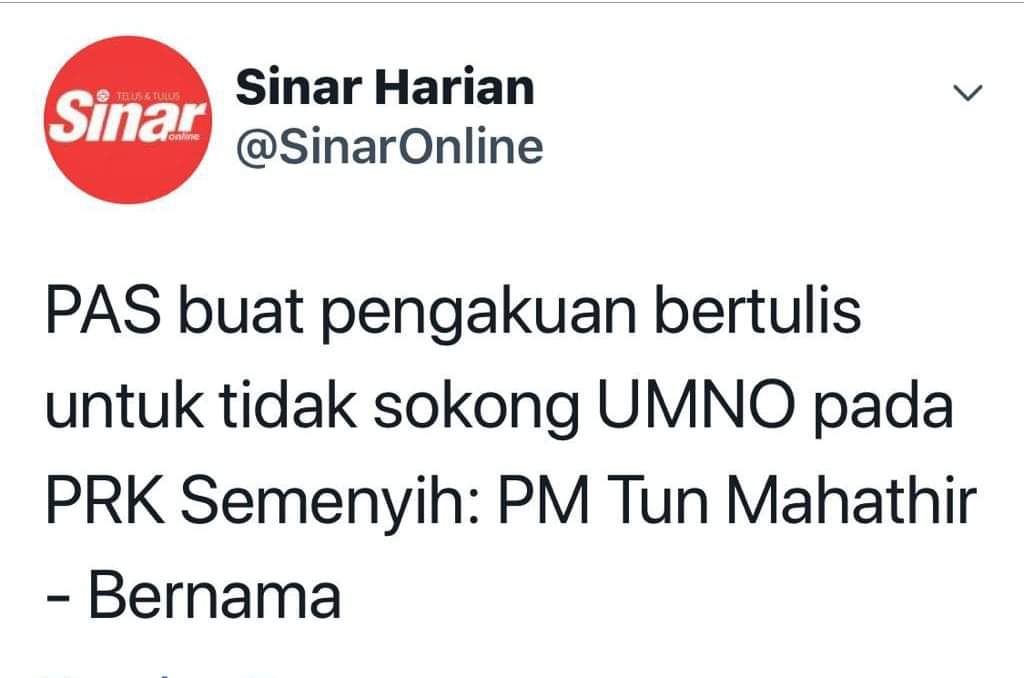 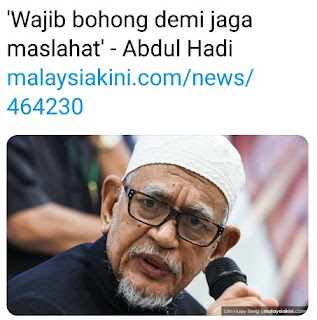 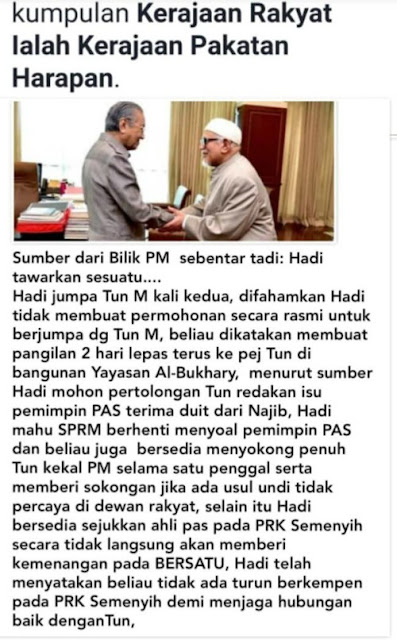 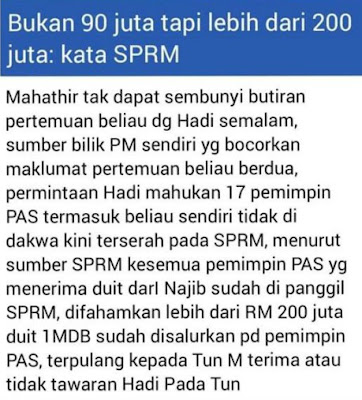 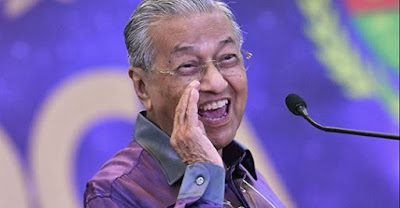 Last Tuesday (Feb 12), something very important happened in Malaysia, yet it only received coverage for one day.  Seven ex-UMNO MPs crossed over to Prime Minister Mahathir Mohamad’s party, it altered the power balance in the ruling coalition and accelerated the end of UMNO, says James Chin.

Bersatu, Prime Minister Mahathir Mohamad’s party, and arguably the most important party in the Pakatan Harapan coalition admitted seven ex-UMNO MPs into the party. By the next day, the entire media coverage on Malaysia turned their full attention to the aborted corruption trial of Najib Razak. The Bersatu episode was, more or less, forgotten. What happened last Tuesday was, however, probably the most significant event politically this year thus far.

What Mahathir and Bersatu have done will alter the power equation in Pakatan Harapan and place Bersatu on a stronger footing to achieve its ultimate aim – to be the most powerful party, or at least on par with Parti Keadilan Rakyat (PKR) and the Democratic Action Party (DAP), before Mahathir hands over power.

To understand the power dynamics, you need to understand that, at present, almost all of Bersatu’s political strength can be summed up in one word - Mahathir. There is consensus within Pakatan Harapan that regime change would not have happened without Mahathir’s role in splitting the UMNO vote and engineering a smooth transition of power.

If there is any doubt about the personal power of Mahathir, you only need to look at the statistics. On May 9, the balance of power among Pakatan parties in Parliament looked like this: PKR with 47 seats, DAP with 42, Bersatu with 13 and Amanah 11.

With barely a third of the seats PKR or DAP had, Bersatu swept so many important posts in cabinet – the Prime Minister, Home Affairs Minister and Education Minister portfolios Another example is Perak. Bersatu has only one state assemblyman Ahmad Faizal Azumu in the entire state of Perak, and yet he has managed to score the coveted title of Menteri Besar. 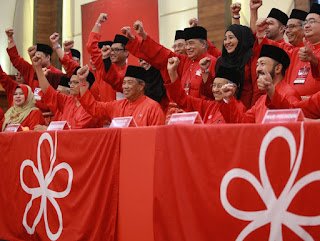 Now, if you were the leader of Bersatu and you want to ensure it survived the mid-term leadership change in government, what would your logical steps be?

First, you will want to see to it that your natural political opponent is destroyed or at least neutralised. That nemesis is UMNO. For all intents and purposes, Bersatu is largely made of ex-UMNO members who were kicked out or forced to ship out of UMNO under Najib.

If UMNO is not dealt with a decisive blow, it will remain a threat. UMNO’s core ideology is very similar to Bersatu’s. It occupies a very similar and competing space on Malaysia’s political spectrum. Defection by Bersatu's party members, supporters and voters to UMNO is an existential danger for Bersatu.

The easiest way to destroy UMNO is simply to engineer the defection of its elected leadership, in this case, elected MPs and state assemblymen. Witness the implosion of Sabah UMNO as many elected MPs crossed over to the other side. It is not enough for the Barisan Nasional coalition to unravel; UMNO must be snuffed out. Any cards it holds that can ensure its political future must be snatched from its hands.

A numbers game without Mahathir

Second, you want to ensure that Bersatu remains influential after Mahathir exits the political scene. This must be a certainty, not a scenario. Mahathir will be 95 next year and if he waits until the next GE, he will be 98 and there is almost no chance of him returning yet again to bolster Bersatu. Of course, one can argue political miracles do happen - after all, how many people saw Mahathir becoming PM at 93? 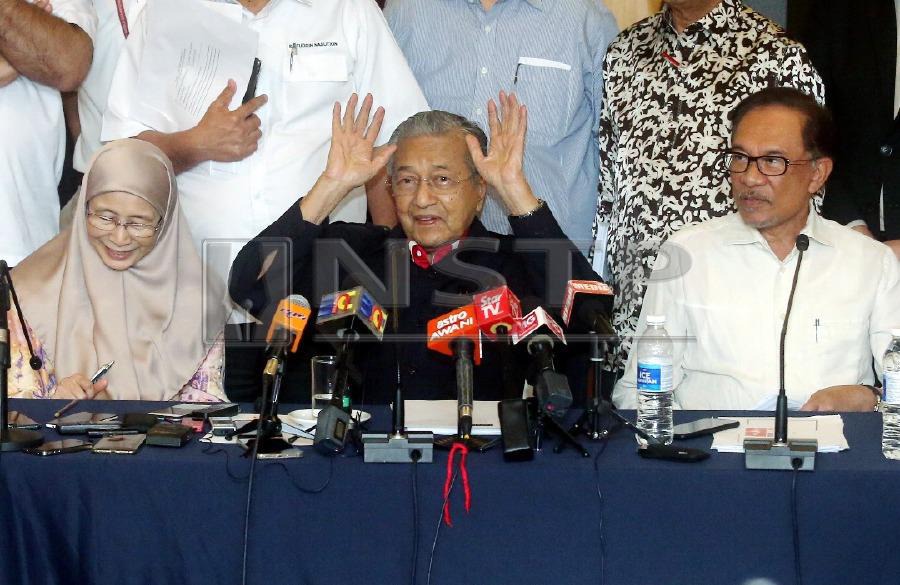 But in terms of strategy, the only way for Bersatu to remain influential in Pakatan Harapan is to increase its numbers in both parliament and state assemblies. Politics is a numbers game, and in numbers where it counts - parliament. Numbers are used to divide up the spoils of government in any coalition government and Malaysia is no exception.

The only exception is when you have a leader with personal power like Mahathir but, when he goes, it is back to the numbers game.

So what will the numbers look like eventually? With the inclusion of the seven MPs, Bersatu now has 22 MPs. If more ex-UMNO MPs switch to Bersatu, a sea change in Bersatu’s place in Malaysia’s political spectrum can be expected. Once the tide starts, others who had a “wait-and-see” attitude may jump ship and alter the balance of power, possibly putting Bersatu on par with PKR and DAP.

Many Sabah UMNO MPs have chosen to remain as independent candidates with no party post May 9, but in reality they are waiting to join Bersatu.  The announcement that Bersatu will set up shop in Sabah will pave the way for these independents to cross over. Another place Bersatu will look for defectors is from Sarawak. Bersatu is moving into Sarawak and hopes to replace PBB as the main Malay-Muslim party in the state.

Thus going after UMNO elected leaders is really a “win-win” for Mahathir and Bersatu. It will neutralise Bersatu’s natural political competitor and increase its political strength before Mahathir exits.

No damage to Pakatan

Some argue that the admission of ex-UMNO leaders into Bersatu will damage the working relationship between Bersatu, DAP and PKR, given the reactions of some DAP and PKR leaders. This is completely wrong and a misreading of how politics actually work in Malaysia.

In a ruling coalition like the Pakatan Harapan, each component party guards their autonomy jealously and non-interference is a golden rule. This golden rule can only be broken if the action of a component will lead to electoral defeat for the whole coalition or the collapse of the government. Do you this see this happening with ex-UMNO elected leaders entering Bersatu?

In fact the reverse is probably true - Mahathir can, with a straight face, tell his counterparts in DAP, PKR and Amanah, he is merely trying to destroy their mortal enemy UMNO and at the same time, working towards the magic 2/3 majority in parliament for the Pakatan government.

Now, how do you argue against that?

In summary, Bersatu will only get politically stronger as the Pakatan Harapan administration prepares for the power transition. So all the noise about ex-UMNO MPs entering Bersatu will be swept aside by the news cycle. Two years from now, I am certain I will wake up one morning and witness shock that Bersatu is almost equal in number, or even bigger, than PKR and DAP.

What does this tell me? Simple: Mahathir is still the master of Malaysian politics. No one comes close when it comes to Machiavellian politics. Professor James Chin is Director of the Asia Institute Tasmania at the University of Tasmania and Senior Fellow at the Jeffrey Cheah Institute on Southeast Asia.- CNA 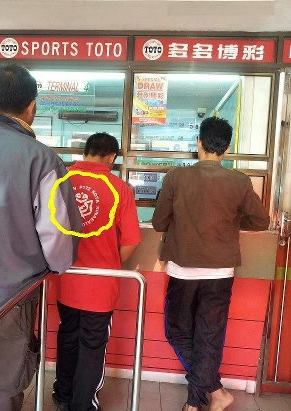 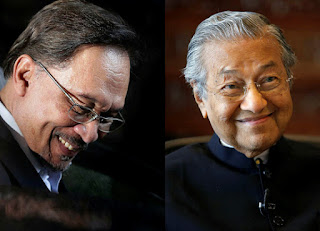