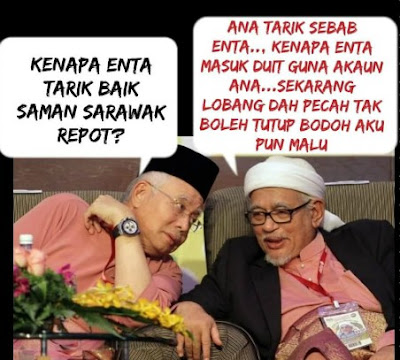 PAS president Abdul Hadi Awang is a desperate man. Revelations that PAS secretly accepted millions of ringgit from Umno in the run-up to the last election and then lied to cover it up has left his reputation in tatters.

From what we now know, PAS took the money to fund the unprecedented number of candidates it fielded in the last election, part of a deal to help Umno by splitting the Malay votes. Unsurprisingly, some of that money appears to have also found its way into fancy cars, superbikes and high-end properties. The MACC is now investigating the whole affair.

Whichever way you look at it, PAS now stands exposed as being cut from the same cloth as Umno, corrupt and conniving, willing to go to any lengths to cling to power.

They pretend to be defenders of the faith but they think nothing of defrauding the faithful. They talk about Malay rights but are more concerned with their own power and ambition.

They have also shown themselves to be utterly unprincipled by insisting that it is morally acceptable to lie for the party, going so far as to even call it “shariah-compliant.” How can anyone trust a so-called religious party that makes a virtue out of lying?

In order to distract attention from his own misdeeds, Hadi is now trying to pit Pakatan Harapan parties against each other by insisting that a plot is afoot to engineer Mahathir’s removal from office via a no-confidence vote in parliament. And, very conveniently, he has let it be known that in the interests of defending the faith and protecting Malay rights (what else?), he is willing to put aside his own differences with Mahathir and support him.

It’s a devilishly cunning plan to distract attention by hinting that the DAP is plotting with Anwar to oust Mahathir. It also provides him with the justification to suddenly shift his support to Mahathir in the hope of saving himself from the anti-corruption agency and his party from extinction. That it also sows further distrust and suspicion within the PH coalition is an added bonus.

Of course, it’s all rubbish, just another scheme from the fetid imagination of a racist politician but it seems to be working; everyone is now fixated on the imaginary no-confidence vote instead of Hadi’s misdeeds. In Malaysian politics, nothing distracts attention better than suggestions that the Chinese, or Christians or Jews are plotting to undermine Malay power.

We will have to see if kissing Mahathir’s hand will save Hadi from prosecution. It may be recalled that Zahid Hamidi tried that, too, but to no avail; hope springs eternal for desperate politicians, I suppose. 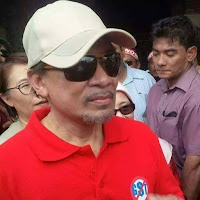 Anwar, for his part, appears to be extremely cautious. He tried to overthrow Mahathir once before and paid dearly for it. He is unlikely to act hastily again. At this point of time, he simply doesn’t have the votes in parliament for a no-confidence motion. The public is also unlikely to take kindly to any move to oust Mahathir though the ground is slowly shifting. Furthermore, as concerned as he might be about his future, the situation vis-à-vis Mahathir has not yet come to the point where he might feel compelled to act. In any case, even if he is planning to move against Mahathir, mischievously putting up banners across town calling for Mahathir’s resignation is hardly the way he would go about it.

Hadi’s insinuation that the DAP might be conspiring with Anwar against Mahathir is also pure hogwash. As worried as they may be about the shifting balance of power within the coalition (as a result of Umno MPs migrating to Bersatu), the DAP leadership is highly unlikely to take sides in what is essentially a Malay power struggle. The risks are simply too great especially given the deep-seated anti-DAP suspicions that have been ingrained into large swathes of the Malay population. 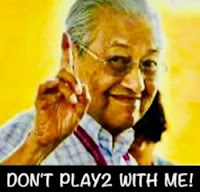 Interestingly, while senior coalition leaders (including from Mahathir’s own party) rushed to deny rumours of a coup, Mahathir himself cryptically remarked that, “If there is a vote of no confidence then I will see if PAS will support me or not.” He could have dismissed the rumours and put an end to Hadi’s scheming but he appears to have chosen to keep the ball in play for reasons of his own.

Mahathir being Mahathir, he probably couldn’t pass up an opportunity to add to Anwar’s discomfort as well as keep everyone guessing. Whatever it is, it must be satisfying to hear everyone, including Hadi, now professing their support for him.

Mahathir may be getting on in years but he hasn’t lost his ability to adroitly exploit every situation to his advantage. With Umno floundering under the weight of corruption charges, PAS grovelling before him and Anwar and other coalition leaders dutifully pledging their loyalty to him, Mahathir remains the unchallenged master of the realm. - Dennis Ignatius,fmt 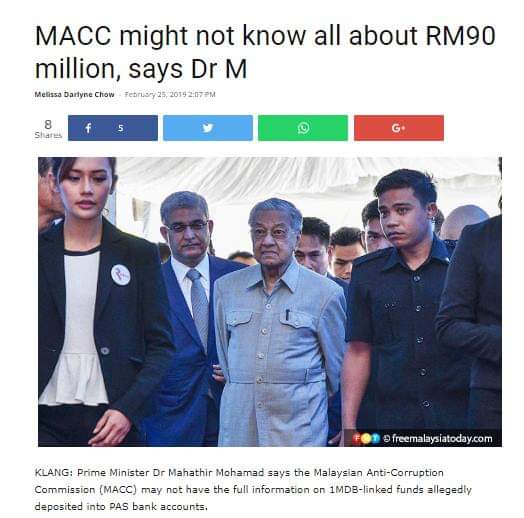