UMNO Incredibly Upset For Being
Played and Betrayed By Ally PAS...

Mahathir’s simple stunt may have won his party the Semenyih by-election, before the actual voting even begun. His little stunt, telling all and sundry that opposition PAS, the only Islamist party in the country, has promised – in writing – not to help UMNO in the coming Semenyih by-election, was a clever chess move not expected by PAS, let alone UMNO.

Ever since the Islamist party president Abdul Hadi Awang chickens out from his defamation suit against Sarawak Report editor Clare Rewcastle Brown over an article accusing him of accepting the RM90 million bribes from UMNO ahead of the May 9 election last year to switch sides, the man who would like to think of himself as the “holiest man” has been scraping the bottom of the barrel.

While Mr. Hadi realised his U-turn from the lawsuit against the British journalist would invite some criticism and mockery, even insults, he hadn’t imagined it would turn into such a huge scandal. From denying that PAS would abandon its ally UMNO, to promise of “only a certain degree of commitment” in supporting UMNO, the Islamist party is caught lying too much that its tongue got twisted badly.

Now, PAS has pledged to support Prime Minister Mahathir Mohamad until the next 15th General Election. This is a promise not even Hadi’s best friend, ousted ex-PM Najib Razak, had gotten despite the Islamist party was gifted at least RM90 million bribes. Crooked Najib must have been beating himself up pretty badly for the type of friend he had made.

With friends like PAS, does UMNO need enemies? Even PM Mahathir was surprised at how low Hadi Awang and his gang members would go at sucking up to him. This is perhaps the first time in the history of mankind that an opposition party wanted the ruling party to continue ruling so badly that it defies the laws of physics. Does PAS still realise they are the opposition party?

It was like Hillary Clinton suddenly announces her undivided support and undying loyalty for Donald Trump. Can you see how ridiculous and hilarious Hadi Awang has made his Islamist party? It’s only recently that Mahathir was PAS’ greatest enemy, but with a snap of a finger, Holy Man Hadi tells his 2-million gullible followers to protect Mahathir with their own lives.

There is a reason why Najib Razak and Hadi Awang could click so well – both are serial liars. PAS argued that it is in the interest of race and religion that Mahathir must be supported. Did Mahathir become Malay, converted to Muslim and believes in Islam only last month? If not, why didn’t PAS support the 93-year-old man before that, but only after the out-of-court settlement with Sarawak Report?

Ahh, that’s because the Chinese DAP, who happens to be PAS’ once political ally, allegedly plots to bring down PM Mahathir. But wait a minute. Can DAP install a Chinese premier, considering they have only 42 parliamentary seats when you need at least 112 seats to form a simple majority government? If not, why were the PAS crooks croaking about defending Mahathir from DAP?

Interestingly, PAS had once upon a time called UMNO the “kafir” (infidels) during Mahathir’s first term as the prime minister (from 1981 to 2003), the same way they had worked with infidels DAP prior to accepting the RM90 million bribes. So now, UMNO and Mahathir are no longer infidels, but DAP is? Will PAS still call DAP the infidel if the Islamist party is invited to join the government, of which DAP is part of?

However, Mahathir is happily working with the so-called infidel DAP. So, is PAS trying to say the man they’ve pledged to support and protect until 2023 is actually an idiot for working with the infidels? No matter how Hadi and his band of corrupted fake holy men try to spin and twist their sudden allegiance to Mahathir, the fact remains that Mahathir’s got them by the balls.

Speaking to reporters after having dinner in Semenyih, Zahid said – “If people want to interpret their statement as such (throwing backing behind Pakatan), then I’m sure eventually the people are smart enough figure out what’s real and what’s fake.” Clearly, if even a guy as dumb as Zahid does not believe PAS’ fairy tales, it’s hard to see how Mahathir can lose the by-election.

Zahid Hamidi was instrumental in forming the UMNO-PAS alliance after the downfall of the previous regime, so much so he had sweet-talked and begged Hadi to work together. For PAS to say they support both UMNO and Mahathir at the same time was as good as mocking and insulting UMNO leadership’s intelligence.

UMNO is incredibly upset for being played and betrayed by PAS, the God-fearing party supposedly possesses the highest reputation, integrity and dignity among all the political parties. Instead, the Islamist party has emerged as the champion in telling lies. With PAS’ half-baked support, UMNO can kiss their chance of returning to power, even if opportunity exists before 2023. - FT

Tun Mahathir claimed that PAS president Hadi Awang had signed an agreement not to back Umno in the Semenyih by-election. However, PAS denied the claim, arguing that the party would only support Tun M until the next general elections.

According to news reports, Mahathir agreed to meet Hadi Awang, PAS secretary-general Takiyuddin Hassan and Terengganu menteri besar Ahmad Samsuri Mokhtar last Friday upon a request from Hadi. There have been wild speculations over why Hadi has wanted to meet the PM at a time Umno and PAS are working so closely together.

Some say it could be due to the case of RM90 million donation received by PAS from 1MDB, which is being probed by the MACC soon after Hadi struck an out-of-court reconciliation with Sarawak Report editor-in-chief Clare Rewcastle Brown. Hadi may be seeking the PM's "advice" over the follow-up developments.

Some others feel that the Islamist party may be seeking the federal government's assistance in view of the financial problems of Kelantan and Terengganu, especially on oil royalty. In reciprocation, PAS offers to support Mahathir's leadership.

It is not the first time Hadi has expressed his wish for Mahathir to remain as PM until the dissolution of the Parliament probably because he has something against PKR president Anwar Ibrahim and DAP when the three parties were in Pakatan Rakyat. PAS will not have good days if Anwar were to take over in two years' time. Compared to Anwar, PAS seems to be more receptive to Mahathir.

PAS also wants to seize the opportunity to accuse the other two PH component parties of trying to topple Mahathir, and for PAS to express its support for Tun M with the hope this will spark internal conflicts and skepticism within the ruling coalition. To support PPBM also goes well with Hadi's position on a Muslim-dominated government. 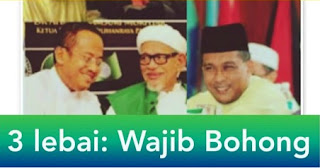 On the back of PAS' "offer", Mahathir has claimed that the party will not back Umno in Semenyih probably because of three reasons:

1. To sow the seed of discord between Umno and PAS. Umno leaders will begin to doubt Hadi's sincerity while the confidence of PAS members towards their president may also be affected. PAS' open statement to back Mahathir is definitely not music to Umno's ears because most Umno leaders hope Anwar's takeover will give the party some kind of relief.

2. By not supporting Umno, votes from die-hard PAS fans will not go to Umno, giving PPBM an easy win in Semenyih. PPBM has wanted to prove its support among the Malays through the Semenyih by-election, and the Umno-PAS tie-up is perceived as the single biggest stumbling block.

3. To undermine Hadi's credibility. The RM90 million political donation incident has clouded the PAS president's credibility. PAS central committee member Nik Abduh claims that Hadi has told him to deny that it was his voice in the recording admitting PAS' acceptance of Umno's donation.

PAS has denied that it has pledged not to back Umno in Semenyih, but how many people will actually trust Hadi again? After the Mahathir-Hadi meeting, some are beginning to worry that they are trying to put together a grand unity plan for the Malays. This, nevertheless, does not warrant such a concern because records show that the PM has never really liked PAS.

PAS is no match to Mahathir when it comes to political mastery. By comparison, Umno appears to be a little restless, as evidenced by the violence on nomination day against youth and sports minster Syed Saddiq. PAS is Umno's only hope to stage a comeback, but the Islamist party may just abandon it for one reason or another. Umno's ill destiny is not over yet.

That said, there should be a limit as to how far a political psycho war can go; once overboard it could easily distract the country's focus on revitalizing the economy and may even be dangerous. For instance, some PKR leaders say it is alright for PPBM to accept former Umno reps and to go into Sabah, arguing that they have never supported a proposed new law to ban party-hopping.- mysinchew 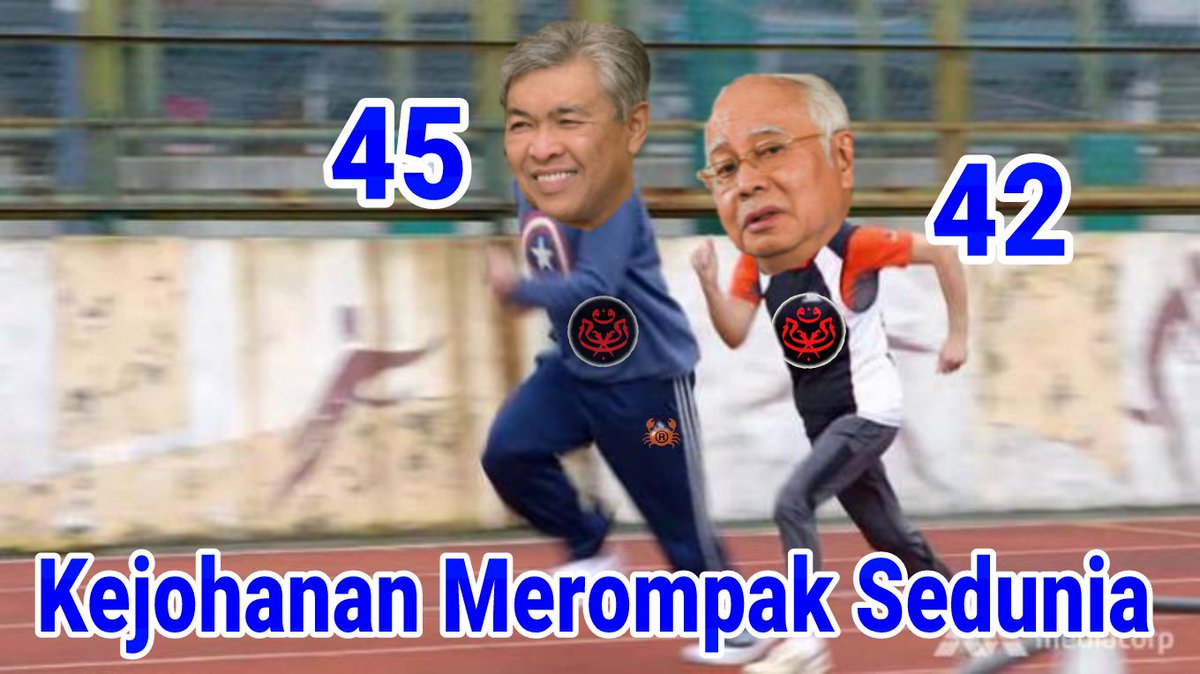 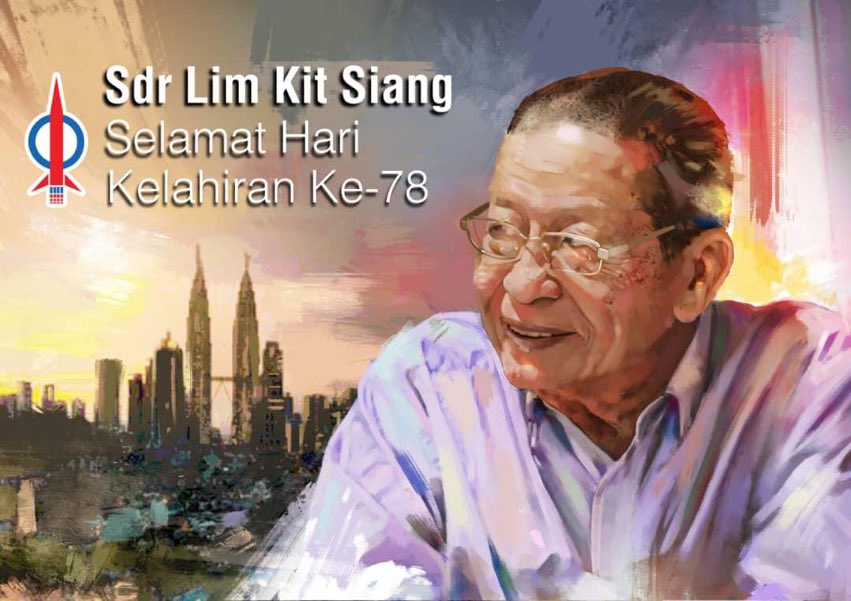