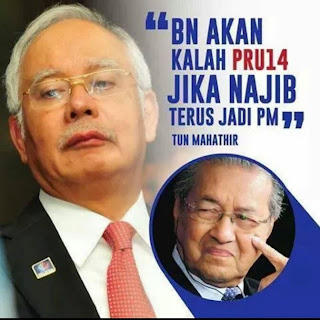 A number of political analysts have been predicting over the last few months that Najib Tun Razak, prime minister of Malaysia and head of the Barisan Nasional (BN) government, will call for a snap poll to consolidate his position and that of BN.

Najib will find that a Cabinet reshuffle to oust Deputy Prime Minister Muhyiddin Yassin and other ministers who have refused to declare 100% support for the way he is handling the multi-billion 1MDB financial debacle won't be enough to help him stay on as PM and Umno president.

Already dubbed the 'weakest' PM, he has to 're-buy' Umno support and one effective carrot to draw in the greedy Umno warlords is the gift of a stab at a seat in parliament or the state assembly, where lucrative contracts exchange hands.

A win by the Umno-BN will also close the door on the onslaught by arch enemy Mahathir Mohamad, and with the Pakatan Rakyat shaking and Opposition Leader Anwar Ibrahim behind bars, Najib is counting on a fairly easy win.

The analysts believe Najib will sell the GE idea to the Umno and BN top councils on the basis that he wants to take advantage of the Pakatan's weakness and try and win back a two-third majority in parliament that he might be able to govern the nation without any hindrances or obstacles.

True the opposition is in disarray with their former leader, Anwar Ibrahim, languishing in jail and the tripartite coalition of PKR, DAP and Parti PAS are pulling in different directions over conflicting issues that has caused BN to realize that this might be the right time to gain more seats over them.

But the present political scenario is hard to read and it just possibly might backfire on Najib and BN if they assume that they can just roll over the opposition as PR have proven over the last decade or so that they are no pushover.

While the opposition coalition are disunited and DAP and Parti PAS are at loggerheads with each other over the issue of implementing hudud laws, the governing coalition of BN is also at its weakest ebb over issues of governance and other factors affecting the country.

With dissident politician Anwar Ibrahim in jail, the opposition might just be beneficiary to a whole lot of sympathy votes for him as many Malaysians feel his conviction of sodomy is really a conspiracy that is meant to stifle him from making further progress in his political career.

Issues of the day such as the Goods & Services Tax, the worsening environmental conditions and climate change and the rising prices of goods and services are among the factors that might cause the opposition coalition to spring a surprise if snap polls are held.

If Najib seriously goes for a snap poll at a time when his personal popularity is waning and people are troubled and upset of the governance and especially the finances of the country, he may well have to pay the price of losing even further ground in a snap poll.

The reality on the ground is that both sides are facing troubles of their own and the outcome of a snap poll is hard to predict as based on the present political climate, it can go either way and both sides have an equal chance of securing governance from Putrajaya.

But if analysed a little deeper, a snap poll could turn out to be in full favor of PR. This is because there is a strong possibility that PKR, DAP and Parti PAS would temporarily reconcile their differences to square off with BN in a snap poll.

This is something that can be achieved although how they settle their differences after a snap poll might turn out to be a nightmare of the worst kind. But the possibility that they will warm up to each other just for the sake of winning a 14th general election is likely.

On the BN side of the coin, it looks as if more and more Malaysians are beginning to cast doubts and aspersions as to whether the governing coalition has reached the expiry date of its rule of Malaysia which has been exclusively held by them since 1957. 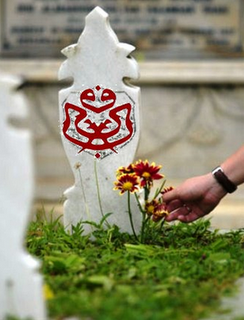 History in the making

If a snap poll is expectedly called by Najib and BN and there really is the 14th GE held in the near future it will be history in the making as never before has a general election been called at a time when the political situation is chaotic and filled with so many uncertainties.

It is surprising that there actually are political analysts who wholeheartedly believe that Najib will go for a snap poll because he is unlikely in the near future to be able to sort out the problems and crises that are plaguing his term as prime minister.

With BN having so many issues unsettled and facing so many uncertainties, the likelihood of Najib going for a snap poll is risky and it is evident that while nothing is for sure, it is also becoming increasingly difficult to read the voting trends and pattern of the Malaysian electorate now.

But if Najib is pushed to the brink, and faces the stark reality of having to step down as prime minister, he might just be tempted to toy with the idea of having a snap poll and gamble on the unexpected that BN can win back the favor of the Malaysian electorate.

But this will mean he will have to break the bank and bend over backwards to buy the votes of Malaysians and it just might be that the young voters who are clamoring for change in this country might not fall for his tricks this time round. - Malaysia Chronicle


Penang Chief Minister Lim Guan Eng today said PAS should not take a page out of the prime minister's book and hide from the fact that it has severed ties with DAP.

"PAS should not hide like Prime Minister Najib Abdul Razak is hiding from (former premier) Dr Mahathir Mohamad on the 1MDB scandal, but bravely bear full responsibility for killing off Pakatan Rakyat when the PAS muktamar accepted without debate a motion by their Dewan Ulama to sever ties with DAP.

"Logically PAS should then direct their government representatives to resign their posts since they are no longer part of Pakatan," he said in a statement today.

Zooming in on four of PAS's local councillors at Penang City Council and Seberang Perai Municipal Council, Lim said their refusal to resign was an "embarrassing spectacle".

"Clinging to their posts, have devalued the dignity and honour of PAS in the eyes of the public.

"Idris is now relying on extremism and racism that my call for PAS government representatives to resign is causing a negative perception against DAP among Malays.

"It is regrettable that PAS is behaving like Umno when I had announced earlier that any vacated posts by PAS will be filled by Malays who support the Penang state government administration headed by me," he said.

Last week, pro-Pakatan leaders were purged at the PAS election with conservative hardliners taking over the party's leadership.

PAS, under the new leadership, proceeded to approve a motion without debate to sever ties with DAP, prompting Lim to ask PAS to resign from their positions.

Subsequently, the new PAS leadership appeared to backtrack, insisting that the motion was not final and urged its representatives not to resign. - mk