The rakyat can show their power by grilling BN in ‘Satay Town’...

For the first time in 57 years, the rakyat is aware that the opposition coalition can destroy the BN coalition. Unless drastic measures are taken, Umno-Baru fears that its rule will come to an end. The “Allah” issue and the bible snatching in Selangor are all about this change of power.

The increasing disintegration of racial and religious harmony in Selangor should have sounded the alarm to tell us that Umno-Baru is mounting its strongest challenge against the opposition.

Ironically, the man who has successfully led Selangor may also be its greatest stumbling block. The Menteri Besar, Tan Sri Khalid Ibrahim, is a perfect corporate man, who runs a tight ship and has successfully replenished the Selangor coffers; but he lacks the political cunning needed to mount campaigns to thwart the Umno-Baru attacks against his leadership.

Another major disadvantage is that Khalid is not given coverage in the mainstream media and TV3.

In contrast, Datuk Seri Najib Razak is a failure when it comes to managing the economy and uniting Malaysians, but the media and, it is alleged, foreign public relations firms, are paid to portray a glowing image of Najib to gullible Malaysians.

The seeds of disunity were planted by former PM Tun Dr Mahathir Mohamad and since then, they have been used by Umno-Baru to inflict maximum damage on the rakyat. Today, Malay and Muslim extremists goad their non-Malay and Christian peers to retaliate. All Umno-Baru needs is a spark, to assume control. 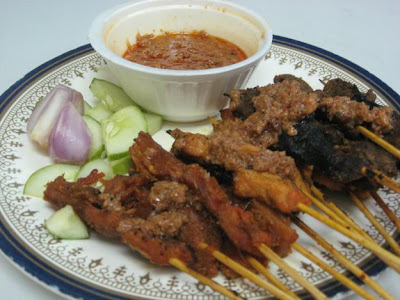 The reason for the “Kajang move” is to pre-empt Mahathir’s manoeuvring to remove Najib and cause havoc in Selangor, the crown-jewel of Malaysia. One should reflect on and seize this opportunity for change. The people of Kajang can prove that power is in the hands of the people, and not the politicians.

Anyone who doubts Umno-Baru’s fear and insecurity needs only look at its actions soon after the Kajang announcement was made.

Umno-Baru started to praise the Chinese for their commercial success and Malays were criticised for failing to emulate the Chinese work ethic. Contrast this with last year, when the Umno-Baru publicity machine insulted the Chinese, blamed the Chinese tsunami for the BN loss and told the Chinese to “balik Cina”.

BN’s anxiety showed when Lee Chong Wei, the badminton champion, was urged to stand against Opposition Leader Datuk Seri Anwar Ibrahim in Kajang. This demonstrates BN’s shallow thinking and desperation. They considered fielding a sports personality to capitalise on his popularity.

In the legal world, the judgement in Datuk Seri Khir Toyo’s final appeal, and the corruption case against Datuk Suhaimi Ibrahim, the former political secretary to the former minister for women, Datuk Seri Shahrizat Abdul Jalil, were postponed indefinitely. The publicity from the court case might highlight the fact that Umno-Baru is mired in corruption.

Conversely, Anwar’s sodomy appeal will be heard in early February. Presumably, Umno-Baru hopes the opposition will be affected by the publicity. The case will waste Anwar’s time and resources, whilst attempting to tarnish Anwar’s good name.

Former cabinet minister Tan Sri Zainuddin Maidin said that Kajang was a “golden opportunity” to “regain the trust of the Malays” to “repay the Malays” after the “Chinese tsunami” of GE13. This is typical Umno-Baru arrogance.

Najib deferred toll hikes this year, giving the impression that Umno-Baru is listening to the rakyat; however, the rakyat may not know that the toll operators were given a golden Chinese New Year angpow of RM400 million in concessions.

Former PM Tun Abdullah Ahmad Badawi claimed that the by-election was a waste of public funds and a challenge to the country’s democracy. Billions of ringgit of taxpayers’ money have been wasted on grand projects but Badawi ignored the extravagance of Umno-Baru ministers and their spouses. He also forgot the undemocratic Perak coup in 2009 and the cheating in GE13, and earlier elections.

Najib announced that recipients of the BRIM 3.0 would receive their money on Feb 22, 2014. This is Najib’s modus operandi, to pay his way into people’s affections. We saw his largesse in GE13, and then we suffered as our cost of living increased.

We have come a long way since the days of the master-slave relationship between the leaders and the rakyat; when Umno-Baru dictates, the rakyat must obey. The rakyat is fed up with broken promises, price hikes and acts of injustice. Ordinary people are denied their basic human rights, if they are not well connected or belong to the wrong religion or race.

Proof that the people are not afraid of change was shown when Lim Kit Siang, who was parachuted into Gelang Patah, an Umno-Baru stronghold, won with a huge majority. Anwar can do the same in Kajang. He can thwart Umno-Baru’s attempts to divide the nation and deal more effectively with royalty.

No one in Selangor wants to return to the bad old days of Umno-Baru, when there was excessive corruption, cronyism, nepotism and lack of transparency, amongst other things.

The by-election on March 23 is perhaps the rakyat’s only chance to vote for a better future for themselves, but more importantly for their children and their children’s children. Think ahead. Think change. Look at the bigger picture. - Mariam Mokhtar,The Ant Daily