Rafizi: Reject PKR if you feel it is a game...

PKR is willing to be rejected by voters in the Kajang by-election if the people feel that the party has manipulated the democratic process, said PKR strategy director Rafizi Ramli.

"Some have described our decision as toying with the democratic process. No. We are taking a big risk... It is democratic and it is also sadistic.

"We are placing the fate of our number one man (Anwar Ibrahim) in the hands of angry Kajang voters. We have apologised and explained our action. But if our apology and explanation are insufficient, Anwar will be punished.

"If you think this is a game, then reject us. We do not manipulate the system like Umno,” he stressed during a forum titled “Anwar: From Kajang to Putrajaya” yesterday.

Choking on emotion, Rafizi said it was a painful but necessary decision.

"It pains me because it was my idea to drag Anwar into this matter... But when this responsibility lands on your shoulder, what else can you do?” he asked.

Rafizi explained that the move is to enable Pakatan Rakyat to battle Umno’s racial politics which is creating tension between the races as seen in the demonstrations in Penang.

He added that similar incidents had happened in Selangor and the state demographics, which resembles that of Malaysia, needed the presence of a national politician who can handle such matters.

"This is not about changing MBs for no reason and it has nothing to do with the internal politics of PKR. We realise that this game of politics and religion must be countered with a political game as well.

"While we respect Abdul Khalid Ibrahim (the current menteri besar) and his administrative skills, it is clear that Khalid is not a capable or experienced politician who can face Umno’s racial and religious political games," he added.

Rafizi also explained that the announcement with regard to Anwar contesting the Kajang seat was made with the agreement of Pakatan although it had come as a surprise to many senior leaders.

He said the discussions were held in secret and PKR did not manage how this secret dealings would be communicated to the leaders of Pakatan parties.

According to Rafizi, PAS' agreement was obtained via its secretary-general Mustafa Ali on Jan 24 while DAP’s green light was received on Jan 27.

Meanwhile, social activist Hishammuddin Rais, who was also a panelist, supported the move for Anwar to become menteri besar.

As a menteri besar, he said Anwar would be able to participate in the Conference of Rulers and speak on behalf of the 52 percent of Malaysians who voted for Pakatan.

"If (Penang Chief Minister) Lim Guan Eng speaks about the Allah issue, nobody will listen. But if Anwar talks about it, that is a different ball game,” he added.- malaysiakini 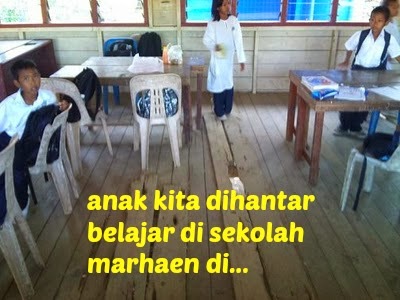