Speaking to FMT he said he never sent any letter to the Perak speaker stating that he had resigned from PKR.

“Someone used my name and IC number but the signature is not mine. Even the letterhead is fake,” said Kesavan, who is meeting Perak state speaker SK Devamany later today to clarify the matter.

This afternoon, most media organisations received a letter purportedly from Kesavan to the Perak state speaker informing Devamany of his intention to quit PKR.

Asked if he knew why the letter was widely circulated and targeted the media fraternity, he said:” I am getting married next week…maybe there are quarters out there wanting to smear my name.

“It is also possible that this was done to damage party chief Anwar Ibrahim’s chances of winning the Kajang by-election,” he added.

“I also want to know who delivered the letter. I want to see the CCTV recording at the Speaker’s office,” he added. 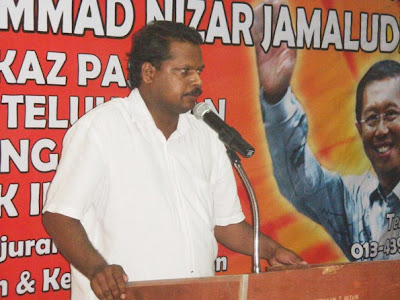 Earlier today, the Perak Speaker’s office received the letter purportedly from Kesavan, and was trying to verify if the letter was indeed sent by the state assemblyman.

FMT also obtained a copy of a letter allegedly signed by Kesavan.

PKR communications director Fahmi Fadzil had earlier denied that Kesavan had submitted the resignation letter to the state speaker.

“After receiving an explanation from YB Kesavan, PKR confirms that he had never sent that letter, nor has he quit the party,” Fahmi said in a brief statement.

“Kesavan has also been advised to lodge a police report over the fake letter,” he added.

“Kesavan denied outright about the rumour of him quitting the party. I have spoken to him 20 minutes ago,” said Chang at 4pm on his micro blogging site, Twitter.
Perak DAP secretary Nga Kor Ming also denied that Kesavan had quit PKR.

“Slanderous again. There are irresponsible people spreading fake news about Kesavan quitting. It is false news,” he said on Twitter. 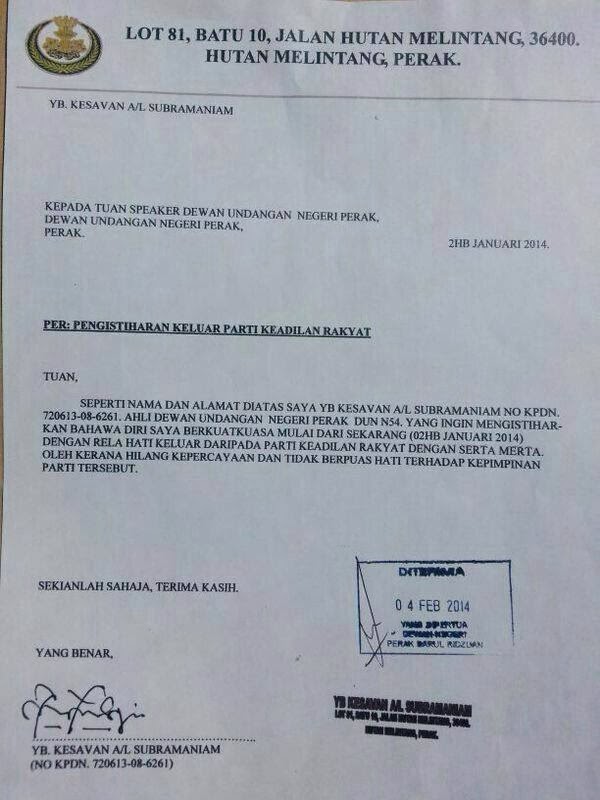 The letter is dated Jan 2 and is addressed to Perak state legislative assembly speaker SK Devamany.  It was received by Devamany’s office today.

In it, Kesavan declared that he was quitting PKR effective immediately after losing confidence and dissatisfaction with the PKR leadership.

The state assemblyman first won the seat in 2008 by polling 7,804 votes against MIC candidate S Thangaswari. He defended his position in 2013 by polling 10,155 votes in a four cornered tussle.- malaysiakini

owever, Malaysiakini has been unable to confirm if the content of the report referred to by the police is the same as that in a report circulating online, even appearing on the Johor Darul Takzim (JDT) team Facebook fanpage.

It is claimed that two T-Team players, Brazillian imports Evaldo Gonçalves and Fabio, as well as fitness instructor Stefano Impagliazzo, were assaulted by officials from JDT during the half-time of their FA Cup match that took place at the Tan Sri Hassan Yunos Stadium in Larkin.

This led to the Terengganu half refusing to resume the match.

"We have received four reports and a thorough investigation will be carried out. We will also record statements from witnesses who were at the scene of the incident," Terengganu police chief Jamshah Mustapa was quoted as saying.

Meanwhile, confusion arose earlier as to whether Tunku Ismail was called to give his statement to the Football Association of Malaysia (FAM) today after a photograph of him supposedly arriving at the Johor FA office was uploaded online. 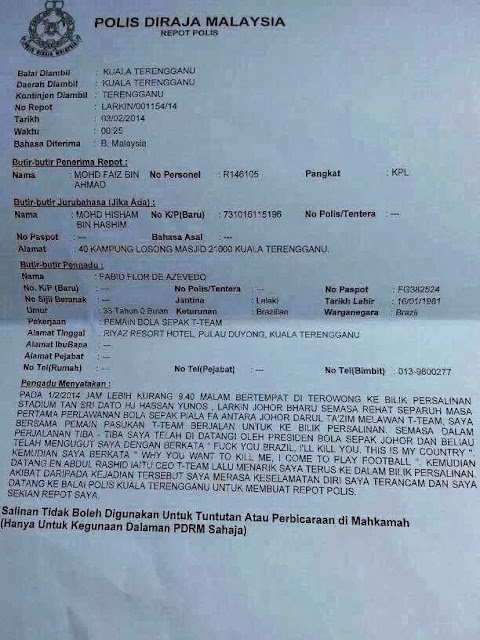 The picture shows the crown prince exiting his luxury car outside the Johor FA headquarters, and is accompanied with the caption, "TMJ (Tunku Ismail) arrives at the Johor FA office to give his statement to FAM."

However, official state media Johor Times, which also uploaded the picture on its Facebook page, later changed the caption to “TMJ arrives at the Johor FA office to give his statement to lawyer”.

Instead, Hamidin is reported to have said FAM would hold a meeting with the two teams and match officials on Thursday.-malaysiakini