The Home Ministry today declared 49 societies to be unlawful under the Societies Act 1966, in the government's crackdown against rising gun violence and crime in the country.

The list was issued today by order of Home Minister Datuk Seri Ahmad Zahid Hamidi and contains prominent gangs such as Geng 04, Geng 08 and Geng 36, The Star reported.

According to Bernama, he secret societies identified are:

- Gang 04 which is active in Kedah, Penang, Johor and Kuala Lumpur.

- Double 7 which is active in the peninsula.

- Tige Line which is active in 20 areas in Kuala Lumpur, Selangor, Kedah and Perak.

- Gang 30 which is active in the peninsula.

- Gang 38 which is active in 14 areas in Kepong, Jinjang and Setapak in the Kuala Lumpur and in Johor Baharu, Johor).

With the announcement, Abdul Rahim said no person would be allowed to register the secret societies as an organisation.-malaysiakini

How to become a gang member...

In Malaysia, almost everyone has the opportunity to join secret society without difficulty. If you are a young man, you will have 50% more chance. Secret societies are open to all. You don't need an A or a good looking face to join.

Just like other societies in schools, secret societies welcome new members, have organised cadres and are active in promoting their activities. 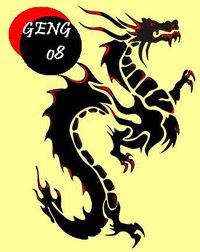 For some students, secret societies are more attractive than uniformed groups. It is so hard to be a uniformed group member as they would have to march under the hot sun; learn tying knots and first aid; memorise all the rules and go around to raise fund.

It is more relaxing to join secret societies. All you need is to make a vicious face and give orders.

As for fundraising, there is no need to beg. Just ask, "you want to give or not?" After deducting the part for the boss, you can even keep the rest.

Moreover, it is so cool to be a gang member. It can even meet the desire for power, peer fear, and admiration from the opposite sex.

There are also admiration from the society.

A Better Tomorrow, Young and Dangerous and Infernal Affairs have become classics in the Chinese movie industry. Misbehaviours are covered by brotherhood love while violence are shown more effective than the rule of law.

Fifteen-year-old teenagers are so excited after watching these movies and immediately, they join a secret society so that they can be heroes, too.

Schools attended by Indian young people, their living environment and cultural ecologies are having even higher exposure to secret societies compared to the Chinese. Please think, how have we actually educated our children and what kind of environment has been provided to them?

Under such an environment, there is no need to teach them. From input to output, it would be as easy as a straight line for secret societies to get members. Therefore, the headline of this article should instead be "How to avoid becoming gang member".

It is much more difficult to answer this question.

First of all, never ever send your children to secret society preparatory schools. Please do whatever possible to avoid schools with signs of existence of secret societies.

Secondly, search and destroy all gang-themed comics, movie DVDs and books. Please do not hesitate even to smash your 52-inch television if you have to.

Thirdly, track the whereabouts of your children and understand what they are thinking. Develop their ideas of right and wrong and instil the rule of law concept of civilisation to lead them towards a bright future, and help them get the courage and confidence to overcome setbacks and keep pursuing their goals.

Lastly, if all the above methods fail, you can arrange a trip to visit the Simpang Renggam Jail, so that they can see the fate of gangsters. It might bring a shocking and preventive effect.- Sin Chew Daily