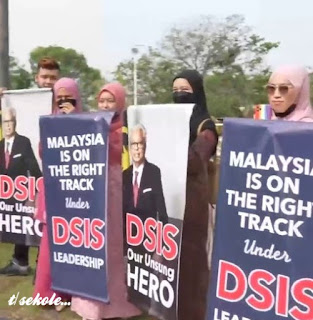 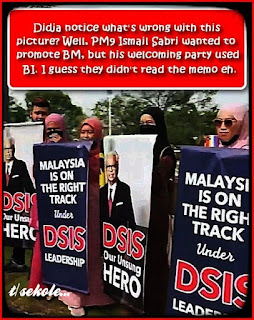 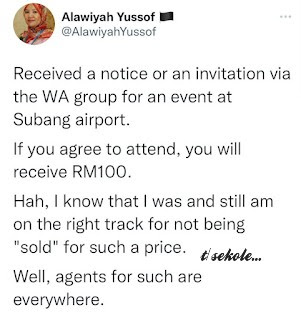 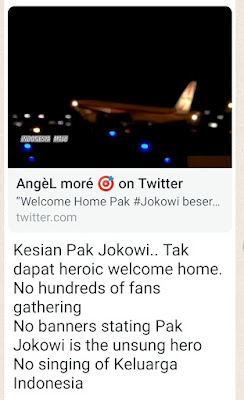 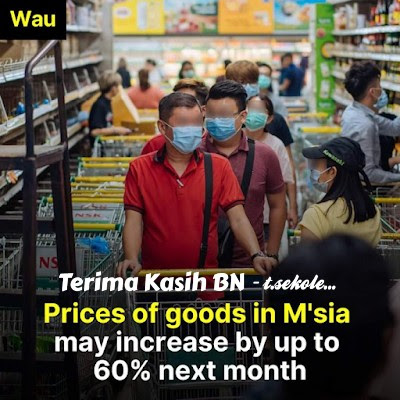 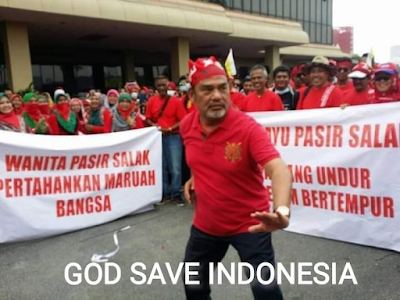 Tajuddin’s appointment a ‘disaster’,
says ex-diplomat...
A former diplomat has described Tajuddin Abdul Rahman’s appointment as Malaysia’s ambassador to Indonesia as a “disaster”, citing the latter’s handling of a collision involving two LRT trains last year.
G25’s Noor Farida Mohd Ariffin said Tajuddin’s description of the collision, which left 47 passengers seriously injured, as two “trains kissing each other” was a reflection of the Pasir Salak MP’s intelligence.
“It’s such a disappointment to our career diplomatic officers who have now been deprived of the opportunity to be promoted to an ambassadorship,” she told FMT.
Noor Farida (below) said it was unwise that the government had appointed someone like Tajuddin who is “so lacking in calibre and diplomatic skills” to the post, especially since Indonesia is an important country to Malaysia and has excellent diplomatic relations with Putrajaya.
Earlier today, Tajuddin confirmed that he would be the new ambassador to Indonesia. The post has been left vacant since Zainal Abidin Bakar, retired on April 4, 2021. The controversial MP was removed from his post as Prasarana chairman last May, just days after his much-criticised press conference following a collision involving two LRT trains. 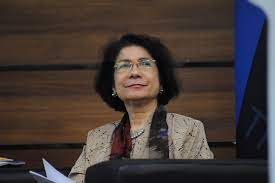 Meanwhile, PKR’s Fahmi Fadzil said while Tajuddin’s appointment did not come as a surprise, it was still shocking, given the way he carried himself in the past.
The Lembah Pantai MP said the former deputy minister’s appointment would lead to speculation about the kind of arrangement or understanding that existed between Prime Minister Ismail Sabri Yaakob and Tajuddin.
This is because it involves a “very senior post”.
“It would be difficult to avoid this kind of speculation from the public,” he said when contacted.
Fahmi went on to say that the previous Pakatan Harapan government had, for the large part, avoided placing politicians in career diplomats’ posts.
PKR’s Bayan Baru MP Sim Tze Tzin, meanwhile, urged the prime minister to explain Tajuddin’s appointment, adding that there were many experienced diplomats who were more qualified for the position.
“Malaysians have seen how YB Tajuddin performed in the Parliament and his handling of the LRT crisis. Is he the right choice for this important post?” 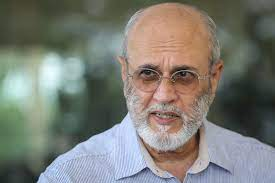 Another former diplomat, Dennis Ignatius (above), said it was “shameful” that the likes of Tajuddin was appointed to such a key post.
“Talk about scraping the bottom of the barrel.”
Ignatius, a 36-year veteran in the foreign service, however, said he was not surprised.
“Political connections are now more important than integrity, honour and professionalism.” - fmt 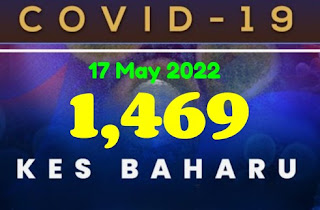