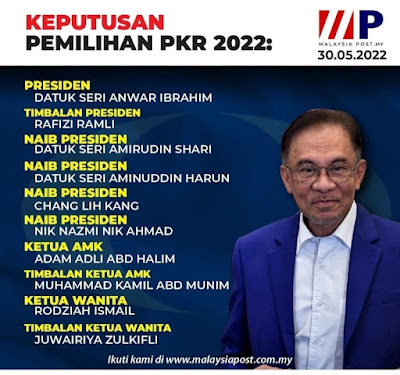 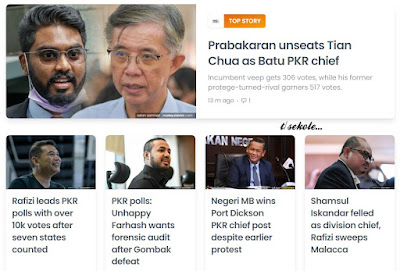 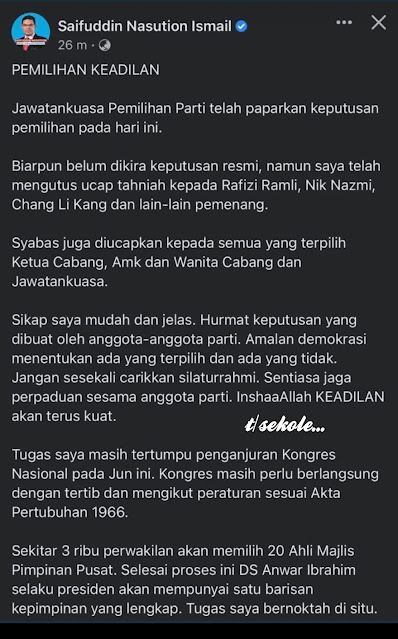 Changing of the guards...
Rafizi wins PKR deputy...
Rafizi Ramli has won the PKR deputy president race overcoming his rival Saifuddin Nasution Ismail, according to unofficial results released by the party's central election committee.
As of 8.30pm, the results for all states and federal territories, except Sarawak, have been announced.
Saifuddin (below) won in Perlis and Sabah while Rafizi won in the remaining states, including the prized Selangor. At the time of writing, Rafizi has garnered 67,895 votes to Saifuddin's 48,797 votes.
The lead of 19,098 votes is unassailable, considering the number of votes in Sarawak - the last state which has yet to be announced - won't be enough to cover the gap. The tally does not count "doubtful votes" which number 5,147 for Rafizi and 3,896 for Saifuddin.
Doubtful votes are votes that will require further verification from the PKR central election committee before they can be confirmed and added to the tally.
However, their numbers won't be enough to change the significant gap.
It was a reversal of fortune for Rafizi in Selangor, who lost the state in the 2018 party election but emerged victorious in the current election. 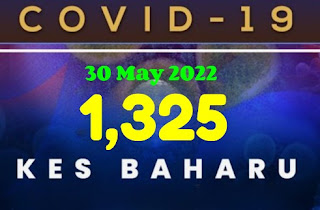