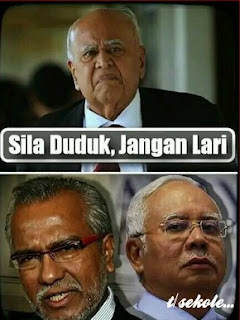 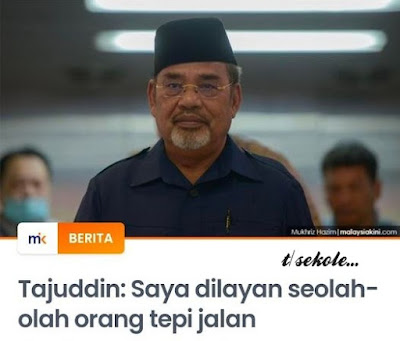 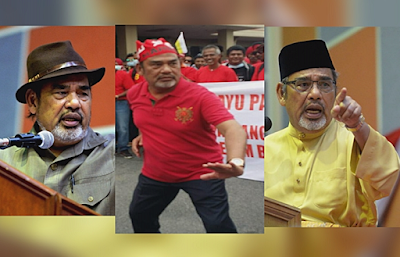 The hero and the hell-raiser...
Pasir Salak MP Tajuddin Abdul Rahman’s appointment as the Malaysian ambassador to Indonesia has little to do with transparency, integrity, diplomacy or bilateral ties. It’s all about political survival and the clue is in the word “hero”.
The country is coming apart at the seams, but many politicians are not willing to do anything about it because they are forced to focus on their political survival.
The convicted felon, former prime minister Najib Abdul Razak, traverses the country and struts about like a hero, with police outriders tricking us into thinking a visiting dignitary is in our midst. When the red carpet is rolled out, people rush up to greet him and kiss his hand.
Najib, the self-made hero knows that if he does not cultivate his public image, a cold cell awaits him in Sungai Buloh.
The other manufactured hero is Ismail Sabri, who returned to an uproarious welcome when he landed at Subang airport after his visit to America. He was no battle-scarred warrior returning from having slain several communists. He was no champion who had returned with a clutch of medals having done the country proud at a sporting event. Ismail Sabri’s heroic feat was that he talked with US President Joe Biden in English.
Both men - Ismail Sabri and Najib - are aware that they must remain politically relevant. Surviving the political jungle is their immediate, and possibly, only concern. They lust for power and do not mind that they damage the reputations of other people, the community and the country.
Najib has been busy currying favour with everyone he meets and has even successfully wormed his way into a few palaces. Ismail Sabri, as prime minister, can dish out positions and posts when rewarding loyalty. This is where Tajuddin comes in. 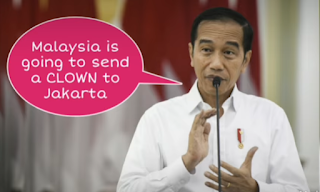 Does Tajuddin fulfil the requirements?
Tajuddin is the most unsuitable and least-qualified candidate to be our man in Jakarta. Ismail Sabri is aware, but more importantly, the Pasir Salak MP is a powerful Umno-Baru warlord and ally. The PM needs Tajuddin if he is to stay in power.
Anyone who contemplates a career in the foreign service or as a diplomat needs to have good judgement and be of high integrity. They must conduct themselves well, as they are the “face” of Malaysia. Does Tajuddin fulfil any of these simple requirements?
Most recently, Tajuddin misbehaved at the press conference that was held when two LRT trains crashed in Kuala Lumpur in 2021. He was condescending towards a foreign reporter, he was insensitive to the victims of the crash and he joked about the accident despite being told that several passengers had been injured, some of whom required major surgery.
The potential diplomat should be skilled in communication and be able to communicate effectively, both orally and in writing. He should master at least one foreign language and in his career, may have to learn several other languages. He should possess strong analytical, leadership and organisational skills. He must stand firm when representing the interests of his own country and not be confrontational. Does Tajuddin possess any of these career requisites?
Tajuddin's track record in Parliament and his shameful performance during the LRT incident show his lack of control over his emotions. If he were to behave in a similar fashion when in Jakarta, he may risk the cordial relations which have taken decades of genuine diplomacy to nurture. Ismail Sabri’s cop-out
Indonesia and Malaysia are important trading partners. We have common borders and therefore, share many security concerns. There is a healthy student exchange programme between the two countries and we are heavily dependent on the supply of Indonesian labour in the construction, domestic staff, and agricultural sectors.
Although there are many similarities in religion, language, food and culture, the Indonesians are more progressive in their thinking. They are willing to come out of their comfort zone in the pursuit of opportunities, and more importantly, they have managed to free themselves of their serf-like mentality. They are not afraid of expressing dissent, unlike many Malaysians who are timid when it comes to freedom of expression.
When defending Tajuddin's appointment as ambassador, Ismail Sabri said that the Pasir Salak MP was a seasoned and experienced politician.
Being a seasoned and experienced Malay politician does not qualify him to be a good diplomat. Tajuddin is a pampered Malay/Malaysian politician who is used to having his own way. Will he understand that he cannot continue to behave as a “Ketuanan Melayu” politician and risk upsetting the Indonesians?
When defending Tajuddin, Ismail Sabri also said that he could not please everybody and that Indonesian President Joko Widodo had approved the appointment.
When will Ismail Sabri learn that appointing an ambassador has nothing to do with pleasing everybody? Moreover, he passed the buck to Jokowi, after noting our anger with Tajuddin's appointment. In doing so, Ismail exposed his poor leadership skills and showed us that this ambassadorial post is all about his political survival.- Mariam Mokhtar,mk 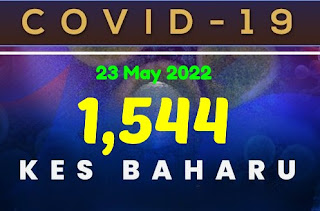