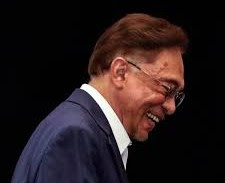 Anwar Ibrahim, old politics and
the struggle for a New Malaysia...
I choose to take a totally opposite position to the letter written by my friend and all-round good Malaysian, Dennis Ignatius. The letter which he wrote called on Anwar Ibrahim to step down along with all other old politicians and make way for new blood like Rafizi and Nurul. On the one hand, I would love to agree 100% with him, and so would most Malaysians who want to see change for the better and for the old Malaysia in the 60s perhaps.
However, I cannot in all honesty agree with him that most of Malaysia’s problems are caused by Old Politicians like Mahathir, Anwar, Zahid, Najib, Muhyiddin and many more who still refuse to lie dead in their graves. I also cannot agree with my friend Dennis that the magic wand is in the form of young leaders like Nurul, Rafizi, Syed Sadiq and Howard Lee.
We have seen how other countries like New Zealand, Sweden and Australia are changing to a new line of young leadership and we falsely think that the same would happen to Malaysia if the young leaders become prime ministers and ministers.
Truthfully, if by a stroke of miracle that Rafizi becomes PM and Nurul the DPM, I think both of them would not last six months. Several forces that have created the Conservative Malay perspective and now a toxic Conservative Islamic narrative along with the civic institutions that are a government unto themselves will ensure both young leaders ‘die’ young politically.
I will explain that the New Malaysia can only come about through the painful birth process of a transition between old and young leaders as well as a Muslim versus Malaysian leadership. This means that like it or not, Old Politicians and the old ways of politics will have to find spaces with the young politicians and the new ways. Wishing Anwar, Mahathir and Zahid to disappear from Malay-Islamic politics is completely naive and 110% unrealistic. 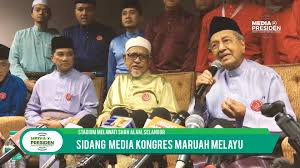 Let us look at the reality of what brought the PH down aside from Azmin and Mahathir wanting to be PM and DPM.
- First, we have the ICERD disaster when the Malays rose against it through WhatsApp, Instagram, Facebook and the mosque.
- Then we had the Rome Statute issue that was brought down by public university academics and the royalty.
- After that came the Kongres Maruah Melayu where senior professors have never apologized to the nation by taking salaries paid by non-Malays and these professors are fighting for only Malays.
- Fourth came the threat by young Muslim Malays to cause a May 13 like incident if Dong Zong refused Jawi teaching in schools.
Next we see the MACC head being easily let off after being accused of corruption. We also saw the kidnappings of honest Malaysians by forces that many suspect related to an extremist Malay and Islamic narrative of the country that seems to be accepted by the majority of Muslims.
We see that Umno had to make friends with PAS in their Muafakat Nasional. We see Zahid flying the Islamic banner and not brandishing the keris anymore.
We see that Malaysians can’t even enter a government building with a long skirt unless it is ‘Islamically’ acceptable. Perhaps soon female Malaysians would have to wear a tudung like in Kelantan. It’s coming very very soon. 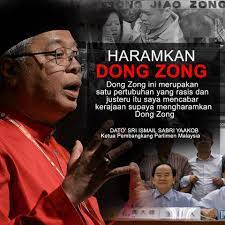 Now we look at the faults of the civil society of which Dennis and I are a part of. Only after twenty years I saw the faults of the civil society in handling issues in Malaysia.
Firstly, civil society insists on English for their discourses and forums. This decision makes many Malays think that Malaysians think Bahasa Melayu or Bahasa Malaysia is secondary and not primary. Furthermore, many non-English speaking Malays cannot widen their knowledge on issues of human rights and democracy.
Secondly, the manner of personal attacks and criticism to Malay leaders like Maszlee Malik, a respectable Malay academic and Islamic reformist, further insults the Muslim populace.
The merciless attacks on Zakir Naik, an outsider but respected by Malay Muslims, further eroded the Malay and non-Malay divide.
Thirdly, political attacks on Christians and the Chinese are answered by each specific community and not by a group of Malaysians of all faiths. There are many more faults on Malaysians citizens and the civil society that I can list, but cukuplah dulu.
What therefore does this all mean? It means that blaming Anwar, Mahathir, Umno, PAS, PKR and DAP is a completely naive and wrong act.
Change in Malaysia will come but slowly. Change in Malaysia will come when the old leaders who created the old system must change it with the new young leaders. Change in Malaysia will come when non-Malays communicate more in Bahasa Melayu, understand the adab of criticizing Malay leaders, let Muslims answer Islamic issues, let Malaysians of all faiths defend all communities and when civil society works closely with all political parties in a diplomatic discourse and not in a media war. Correcting the MACC, the police, the judiciary and the universities requires an old Malay Islamic hand. Rafizi, Nurul and Howard tak boleh buat punya! Not possible!
Like it or not, we have to allow Anwar Ibrahim to manage the change from the old to the young. He will need help from old guards like Shafie Apdal, Abang Johari and yes, even Tok Mat from Umno.
Anwar is the only one with the Malay and Islamic credential to change Malaysia and the Malays with the help of other old guards while inserting young bloods like Rafizi, Shahrin, Syed Sadiq and others to take over.
Blaming old politicians like Anwar is simply like blaming the ways of our old parents. Like it or not, we have to deal with our parents who are still living. It is best that we work with them then create a blame mentality in us and wishing them to die as soon as possible.
There is wisdom in the elderly and people like Anwar who straddle both Malay and Islamic politics as well as a mind framed also in Western ideologies of good politics and spirituality.
I think we must come to terms with him if we want to see a new Malaysia. Changing Malaysia is not like changing your shoes, just chuck away the old ones and buy new ones. - Prof.Dr. Mohd Tajuddin Mohd Rasdi 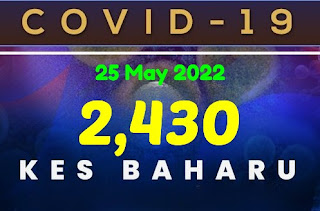