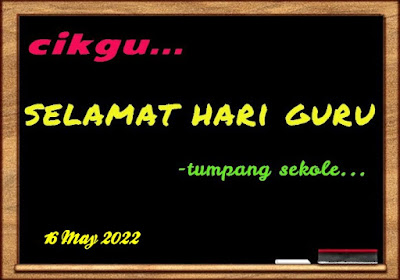 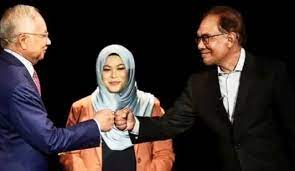 The Wayang Kulit Debate...
Frankly, I was puzzled why Anwar Ibrahim, the PKR president and Pakatan Harapan chief, would even consider a debate with former prime minister Najib Tun Razak. Why debate a convicted felon? Remember we are talking about a man who has been found guilty of abuse of power, criminal breach of trust and money laundering, a man who has been sentenced to 72 years in prison and fined RM210 million. He betrayed the trust of the people and dishonoured his office.
Surely, an unrepentant, delusional felon like that shouldn’t be allowed to pontificate on national television about anything leave alone how to solve pressing national issues. He forfeited that right the moment he was convicted. He ought to be in jail right now, not prancing about shamelessly on the set of a nationally televised event.
It reflects badly on us too. Whichever way you look at it, allowing a convicted felon to take centre stage like he did last night makes a mockery of our commitment to the rule of law, to good governance, to integrity and honour. It is a mark of just how low we have fallen as a nation in terms of our moral values.
Which leads me again to the question of why Anwar would even want to debate him in the first place. Perhaps the answer lies in the way the whole event was staged – a contrived, carefully scripted and choregraphed affair, designed not to advance the cause of honest debate but to garner cheap publicity. In other words, a Wayang Kulit show for the benefit of the masses.
The rules of the debate, for example, were carefully structured to avoid the elephant in the room – Najib’s corruption and his shameless behaviour. The Sapura Energy debacle was just a sideshow, a pretext for pulling off a publicity stunt.
For two supposedly political foes locked in a do-or-die political battle, they were surprisingly collegial. They did nothing more than respond to carefully prepared questions with well-rehearsed answers. Except for a few terse one-liners, they generally held their punches; neither went for the jugular, perhaps by mutual agreement. It was like two old friends colluding behind the scenes to put on a spectacle for the benefit of the public. To call it a debate would be to abuse the word. 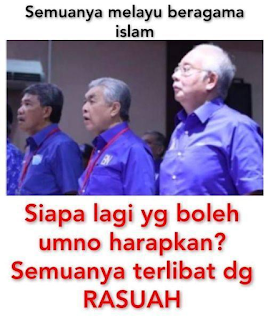 To be sure, Anwar made some good points about the need for accountability, transparency and responsibility when dealing with GLCs and other Bumiputera companies. It is, of course, both scandalous and outrageous the way we keep pouring public funds into companies which are so poorly managed, so full of abuse, mismanagement and corruption – all in the name of protecting Bumiputera shareholders, employees and vendors. It is nothing more than a vast crony-enrichment pyramid scheme that allows certain elites to get away with daylight robbery on a regular basis.
Occasionally, there were glimpses of the old Anwar – the orator who once inspired the nation with his passion and conviction, but it was too brief to set the audience on fire. The Anwar that was on stage last night came across as a man of compromise, the calculating politician willing to debate a felon in order to advance his own career. If he had ruthlessly demolished the felon (as he should have), there might have been at least some purpose to the event. As it is, all he did was give a discredited politician a platform and the publicity that came with it.
As for Najib, he had nothing to offer save for his usual bromides – empty promises, meaningless statements, yet more handouts. And his pathetic attempt to rework the tag that Mahathir adroitly tarred him with – ‘cash is king’ – to mean that the people are king is laughable. It was also a bit thick for Najib to talk about a bigger cake when we all know that he took the biggest bite of it when he was in office. Honestly, I am sick of hearing about all that bigger cake nonsense because we all know that the bigger the cake, the bigger the bite our corrupt leaders will take.
In the end, the word fake was writ large over the whole affair. Even the questions from the floor turned out to be nothing more than a sham; two rather insipid questions that carefully sought to avoid embarrassing the speakers. What made it even more contemptible was that one of the questions came from Fahmi Fadzil, the MP for Lembah Pantai and PKR Communications Director. If either Anwar or Najib had any real courage, they would have opened the floor to the public to ask real questions about real issues. It was another indication of just how shallow and contrived the whole exercise was.
As they walked off the stage, I couldn’t help thinking about how poorly our nation has been served by both these men. Perhaps having them both on the same stage might serve some small purpose if it helps convince Malaysians that we deserve better than these two men. Indeed, the sooner the whole crop of the corrupt, cynical and conniving charlatans that sit at the top of the political pyramid leave, the better it will be for this long-suffering and much-abused nation of ours. - Dennis Ignatius 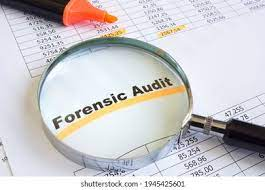 Govt will not spend a single cent vs
forensic audit. Nothing new kan?...
DSAI and DNR are both involved in high stakes games in which the lot of the rakyat, is merely an afterthought. One of them wants to stay out of Jail and the other wants to be PM. They both said nothing new. Offered nothing new. Promised nothing new. We need Mega projects for the economy like we need a hole in our head! And we do not need anyone to tell us that we need Forensic Audit of projects that has failed or gone wrong.
Najib tells us that we need competent people in GLC’s and in Government. This is the same Najib who appointed Isa Pendek to Felda, Azeez the used car salesman to Tabung Haji, Apandi 'the PM is innocent' Ali to be AG and that Irwan Seregar as Secretary General of the Treasury in the Ministry of Finance.
The debate is a cliché of familiar jargon of the past era : Mega Projects. Forensic Audits. Brim, GST, Forex Losses, and even Perwaja rated a mention or two. Nothing new.
What did we think of the debate?
- Rakyat diperbodohkan dan terus jadi bodoh
- If you watched, did you notice the sliminess and shallowness oozing out?
- Refused to watch actually!
- Two irrelevant people seeking relevance!
- Debat Najib- DSAI ni pon sudah di bincang secara tertutup diantara mereka dua. Topik dan
- Soalan pun sudah bocor. Masing2 sudah pun bersiap sedia dgn jawapan masing2. Cuma
rakyat  tidak tahu.
- Kita dah letih dgn game ayam2 tua ni. Pilih lah yg lebih muda dgn idea baru yg sesuai
dgn generasi zaman skrg. 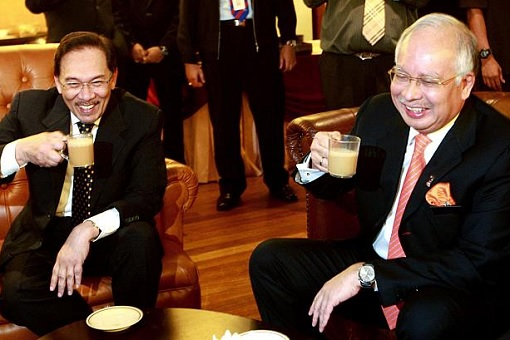 Some would say that Najib and Anwar are old friends, but do not forget that Najib sent Anwar to jail. And friends do not do that. But friends or not, they are from an era long past and are no longer relevant to the times we now live in.
We need to move forward with new leaders, new ideas, new politics and leave the past behind. The past are lessons learned. The past is history. We learn from history, and we must learn never to repeat the mistakes we have made in the past.
If there is anything to be learned from last night's debate, it is simply this : Let justice takes its course with Mr "Kerajaan tak guna satu sen" and as for Mr "Forensic Audit"I would respectfully suggest that DSAI mentor the new generation of leaders within PKR, PH and among the many young, capable Malaysians we have today - mentor them as he only can, and make Malaysia and Malaysians ready for what is to come after PRU15. And brother Anwar, you can start with those in PKR first! -   Hussein Abdul Hamid 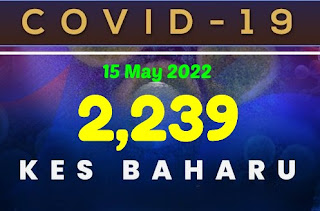