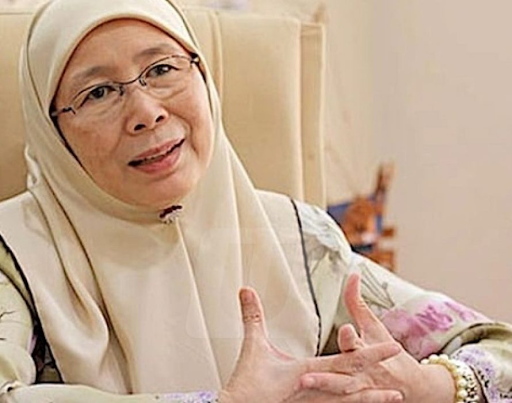 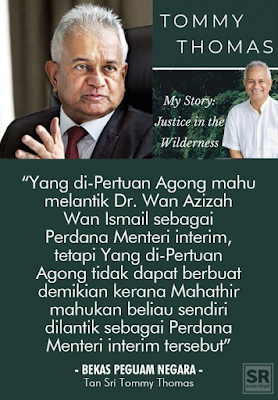 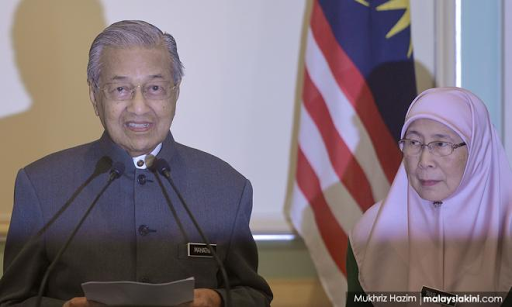 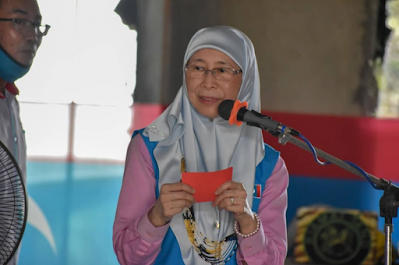 Agong wanted Wan Azizah as
interim PM, but Dr M said No!...
Explosive revelations in former attorney-general (AG) Tan Sri Tommy Thomas’ new book suggest that the Yang di-Pertuan Agong wanted to appoint Datuk Seri Dr Wan Azizah Wan Ismail as interim prime minister when the “Sheraton Move” was at play early last year.
However, Tun Dr Mahathir Mohamad, who had then just resigned as prime minister – warranting someone taking over on an interim basis – put forward his own name for the position, Thomas revealed. “This is probably without precedent in modern politics. A prime minister who is comfortably in power, resigns of his own free will and volition.
“Consistent with that decision, he should leave the political scene after holding the most important position in the state,” he said in his book, My Story: Justice in the Wilderness, published by the Strategic Information and Research Development Centre.
The former AG emphasised that the potential appointment of Dr Wan Azizah, who had served as deputy prime minister in Dr Mahathir’s cabinet, would have been a constitutional decision. Additionally, Dr Mahathir’s decision to dissolve his cabinet upon his resignation was baffling to Thomas, who pointed out that when prime ministers resign, their cabinets usually stay. 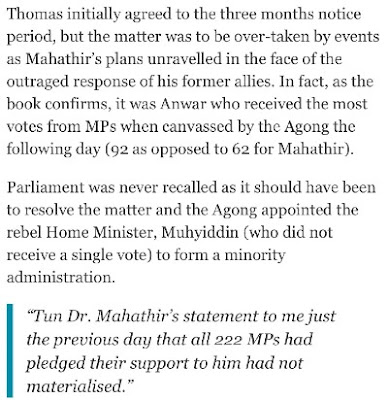 “It must be kept in mind that Tun’s resignation was personal, only as prime minister. The resignation was confined to that office, not the entire government.” Thomas emphasised that since the first Malaysian prime minister, Tunku Abdul Rahman Putra Al-Haj, resigned in September 1970, all subsequent prime ministers came from the deputy prime minister’s office.
Another interesting incident he shared is his own advice to Yang di-Pertuan Agong Al-Sultan Abdullah Ri’ayatuddin Al-Mustafa Billah Shah when he was still AG. Thomas said he advised His Majesty that the best way to determine which MP has the confidence of the Dewan Rakyat to lead the government is the Dewan Rakyat itself.
Some days later, Thomas was called to meet Dr Mahathir again, who informed him that the Agong’s decision to appoint the next prime minister via statutory declarations proved inconclusive.
The king apparently told Dr Mahathir to summon the Dewan Rakyat for an emergency session to decide on the matter of confidence. Thomas, in his capacity as leader of the AG’s Chambers, prepared a letter for the prime minister to the speaker. However, he said, before his letter was submitted, a similar letter had already been sent to the speaker from the Prime Minister’s Office. 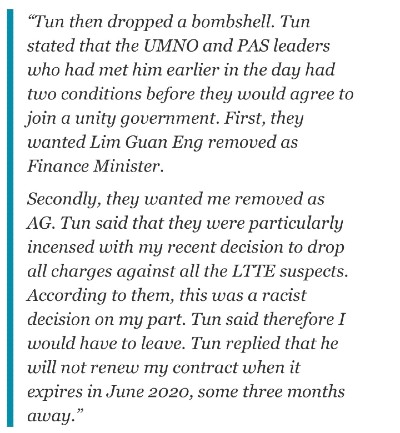 On February 28 last year, a Friday, Thomas attended a scheduled meeting he had with then Dewan Rakyat speaker Tan Sri Mohamad Ariff Md Yusof. However, upon his arrival, he was informed by Ariff that the latter had been summoned to meet the king. It was only during the drive back to his office that Thomas made the decision to quit – knowing that the Pakatan Harapan administration had collapsed.
“What happened to the calling of the Dewan Rakyat to hold a debate on the confidence motion on a suitable candidate? Unfortunately, on Friday afternoon, speaker Ariff decided to reject the letter from the prime minister, Dr Mahathir, for purely technical reasons.”
Thomas went on to say Ariff’s decision was wrong. He added that if the Dewan Rakyat had convened, constitutional laws would have been adhered to and the legitimacy of the prime minister’s selection would not have been challenged. – The Vibes 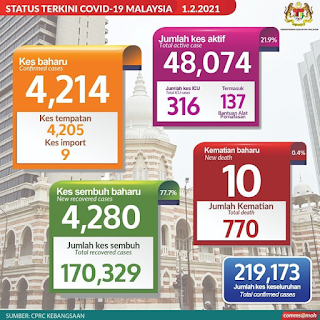 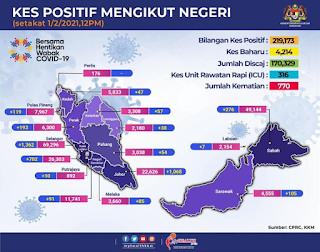