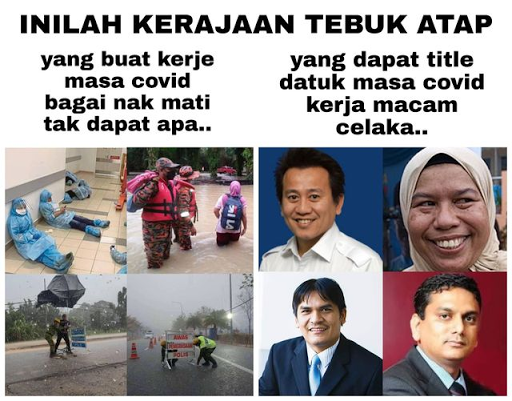 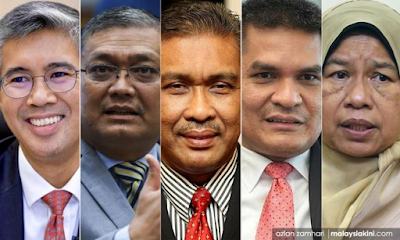 The overcrowded Datuk club...
At the rate new Datuks are made, there will soon be a time when being just ordinary Joe Public will be special. Datuks who misbehave, and Datuks who are involved in the criminal underworld, have caused a lot of public anger. Were police checks on the criminal records of nominees for Datukship less than thorough? What sort of message is being passed to the rakyat when a known criminal prides himself on being called a Datuk?
In January, we read about the Datuk from Kelantan who was involved in domestic violence. A Datuk attacked the son of another Datuk and slapped a member of the staff of a steamboat restaurant before he was dragged away from the restaurant by his friends. A few days later, two Datuks traded punches over a helicopter parked in a porch and yesterday a Datuk was found to have dumped construction rubble in a forest reserve.
Aren't Datuks supposed to be of exemplary character? Children are on best behavior when they are desperate for something from their parents. Likewise, do Datuks do a bit of play-acting to pretend to the vetters that they are of good character?
On February 1, which was Federal Territory Day, 14 ministers and deputies were conferred the honorifics Datuk, Datuk Seri or Datuk Seri Utama (DSU). If you are confused with the many Datuk titles, think of them as the various types of milk. There is skimmed milk with a fat content of 0.1%, semi-skimmed milk (1.8% fat) and whole or full fat milk which has a fat content of 3.25%. 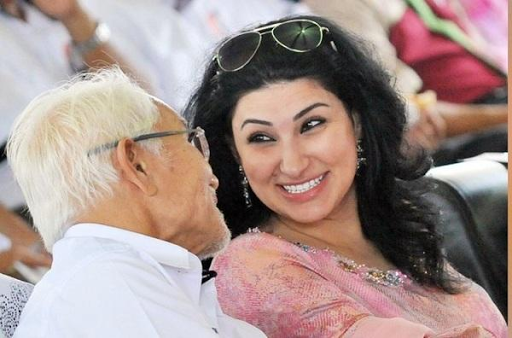 Were any of the new Datuks or people who received the lesser awards medical frontliners Frontliners should include also the support staff such as cleaners, laboratory staff and security personnel who risk their lives and have devoted their waking hours to taking care of the thousands of people contracting the coronavirus.
There are other groups of frontliners like the bus and lorry drivers, the supermarket shelf-stockers and the vegetable farmers, without whom we would not be able to move around or put food on our tables. Did any of them receive any award?
Other recipients of the "DSU" award in the FT list include the governors of Penang, Sabah and Melaka, the Pahang MB and curiously, Ragad Kurdi (above), wife of Sarawak governor Taib Mahmud. Originally from Syria, Ragad and her children from her previous marriage have been classified as Melanau, to the consternation of other Sarawakians who are deemed stateless, or whose foreign spouses are not accorded the same treatment as her.
Most Sarawakians wonder about Ragad's contribution to the state. How did she help uplift the lives and well-being of the women of Sarawak? Was she aware of the latest rape of the 16-year-old in Miri police lock-up?
Others who were conferred the Datuk title were Umno-Baru Youth committee members Mohd Lassim Burhan and Muhamad Muqharabbin Mokhtaruddin, and the Selangor Umno-Baru Youth chief Rizam Ismail, who is also the Sungai Air Tawar assemblyman. Do any of these names ring a bell? What are their contributions to our society? 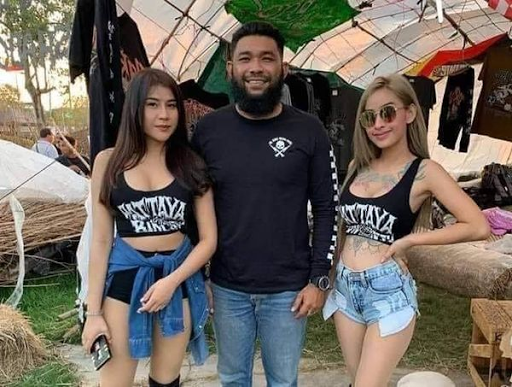 Umno-Baru Youth exco member Wan Muhammad Azri Wan Deris (above), better known as Papagomo, was awarded the Darjah Kebesaran Pangkat Keempat Johan Mahkota Wilayah (JMW), which does not come with a title. Papagomo is better known for his controversial and violent methods than he is for promoting inclusivity. His award is totally inappropriate. Only people of good character with years of serving the public should receive awards. Most people are fed up with politicians being given honorifics.
The finance minister is now a DSU. Many wonder what he has done to save small-to-medium-sized businesses from failing. Those who are self-employed like freelance workers are desperate for help, but what assistance have they received? Most are probably scraping the bottom of the barrel of their savings. How will they feed their families, or pay the rent, or their loans? Zafrul Aziz may have forgotten that when companies go bust, they are forced to make their employees redundant and join the list of unemployed people.
Education minister Mohd Radzi Md Jidin has not been effective despite having two deputies to assist him. Parents and teachers are furious with Radzi for his indecision over school opening. When he delayed the announcement that schools will not reopen in January, many parents had already bought uniforms and shoes for the start of the academic year. The young children will outgrow their clothes very quickly. Did parents spend money on uniforms and shoes for nothing?
They are not happy with the quality of online teaching. Those from poorer households don't have internet coverage, or a tablet or smartphone to access online teaching. The FT honors list is seen by the majority of the rakyat as a sign of a government rewarding inefficient and incompetent ministers with titles. Perhaps, Datukships ought to be scrapped, especially when every Mat, Muthu and Mah is made a Datuk. - Mariam Mokhtar 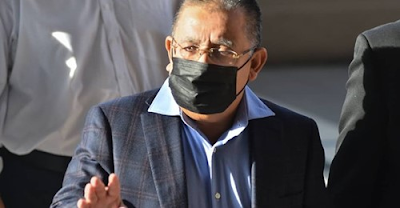 Ex Negeri Sembilan MB for 22 years, Isa Samad gets 6 years imprisonment and RM15.5 million fine (USD3.8 mil) after he’s found guilty of six graft charges over a hotel deal in Sarawak when he was chairman of land plantation scheme Felda... 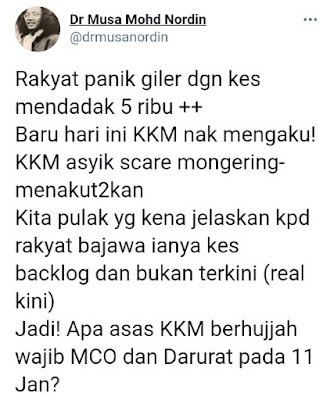 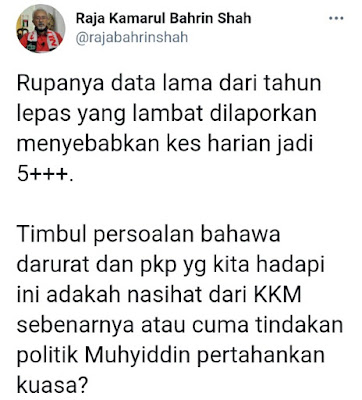 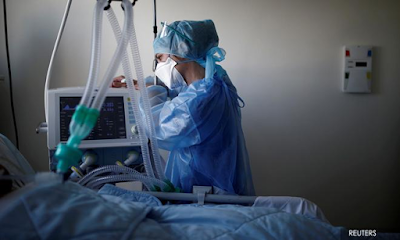 A doctor's fight for survival in ICU...
I was confirmed as Covid-19 positive on Dec 8, 2020, after a second swab test. My story began on Dec 1, 2020, when I came in close contact with a Covid-19 patient in the ward where I worked. As soon as I was informed that the patient tested positive for Covid-19, I was instructed to undergo home quarantine on Dec 2, 2020. I contacted my family to prepare a room for me so that I can be isolated from them. Throughout my week-long isolation period, my family put a chair outside my room.
They also separated my daily items such as spoons, glasses, plates and others. We only spoke through video call or shouting through the door. On Dec 3, 2020, I took my first swab test. The results returned negative, and I was also not exhibiting symptoms at the time.
On Dec 5, 2020, I started to come down with a fever, a bad headache, joint and eyes pains, diarrhoea and fatigue. Medication did not help. I started to suspect that I was experiencing the feared Covid-19. On Dec 7, 2020, I took my second swab test. At first, I was relieved to be able to leave my room (to take the test) as I had been in isolation for seven days. Unfortunately, on Dec 8, 2020, my results returned positive. Shortly after, I received a call to confirm my diagnosis and symptoms.
An ambulance was then sent to my house, and I was put in a Covid-19 ward. There were many other Covid-19 patients there. At first, I felt healthy enough to converse with friends and other patients in the ward. I was also satisfied with the food and drinks served to the patients. We were never treated poorly.
We were provided food four times a day, including an unlimited supply of mineral water and light snacks such as biscuits and instant noodles. After three days in the ward, I started to experience a bad cough and my sense of taste and smell faded. My fever, joint pain and diarrhoea also continued. To make things worse, I started to have difficulty breathing. My SpO2 (oxygen level in blood) started to decline.
On the fourth day at the ward, I was transferred to the intensive care unit (ICU) for observation as my SpO2 level was around 90 percent. (Normal level is 95 to 100 percent). My heart rate was also higher than normal, and I needed a breathing aid with a higher flow (of oxygen). I was brought to the CT room for a CT pulmonary angiogram to identify the cause of my deterioration. I was fortunate as the scan did not show any blood clot in my lungs. 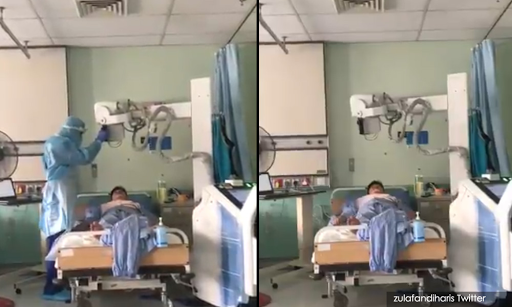 'Prepare for the worst'
In the ICU, I was diligently observed. I was thankful to be treated by the best team of intensivist and infectious disease experts at the hospital. Intensivist expert Dato Lim updated my parents on my condition daily. He would give words of encouragement every time he met me.
I could still remember one night in the ICU (I think it was the fifth day in the ICU). I almost gave up as it was difficult to breathe, and I was coughing badly. My SpO2 level was at 85 percent. I was dazed and restless. They helped me to sit up. The ICU staff put a ventilator machine beside my bed as a standby.
They said they would need to use breathing tubes if my SpO2 continued to deteriorate as I was already getting the highest oxygen flow. Unknown to me, the anaesthetic team had already informed my family and wife that I was in a critical condition and asked them to prepare for the worse. But with God's blessing, I was able to get through that night. Since that day, I had the courage to fight again.
After 13 days in the ICU, many blood withdrawals, chest X-rays, high doses of Methylprednisolone, intravenous and oral Vitamin C, Vitamin D, favipiravir and intravenous antibiotics for lung inflammation, I started to show some improvement. Finally, on Dec 23, I was transferred to the normal Covid-19 ward again. My health had improved, and I no longer needed intensive care.
After returning to the normal Covid-19 ward, I was guided to do periodical ambulation and breathing exercises to reduce the risk of blood clots in my lungs and veins. At first, it was quite difficult for me to move as my muscles were weak. I managed to do them with the determination to recover. After 20 days in the hospital, I no longer needed oxygen, and I managed to maintain my SpO2 level at around 95 percent and above.
On Dec 27, 2020, after 23 days in the hospital, I was finally allowed to return home. I was told that my blood parameters and X-ray would only return to normal after many months. All this would not have been possible if not for the prayers and love of my wife, family, friends and God. I was grateful for a strong social support group. 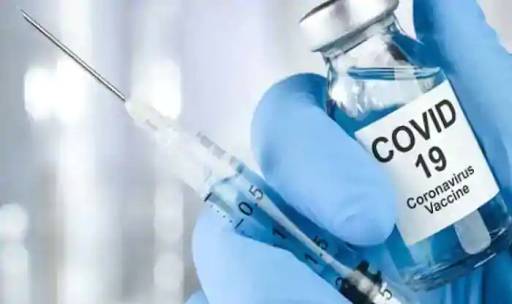 'Don't claim Covid-19 is a lie'
It's been a month since I was discharged from the hospital, but my joints still hurt, I suffer from fatigue and shortness of breath when walking far or fast. There is also social stigma as many people won't come near me because I'm a former Covid-19 patient.
A friend even declined my small change claiming that the virus would be on it. My advice to everyone is to abide by the standard operating procedure. Wear your mask properly.
If you are reminded to wear a mask, abide by it. Ensure social distancing and always wash your hands. The frontliners have done their best, and many are exhausted and sick. Respect the frontliners, they are also people with families.
Don't scold the frontliners or claim Covid-19 is a lie, swab tests are a waste of time or make political statements. Please don't belittle the efforts of frontliners.
Thank you. Stay safe and take care. Kita Jaga Kita. - Dr Dalvin Sidhu 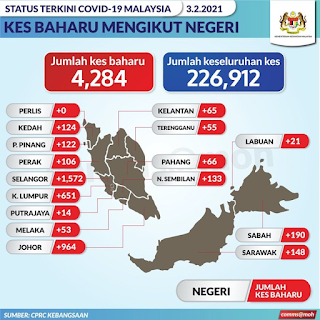 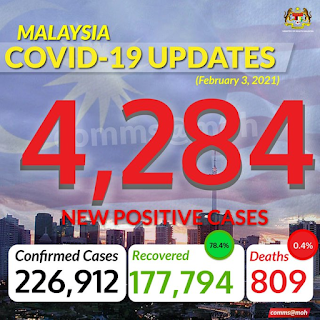