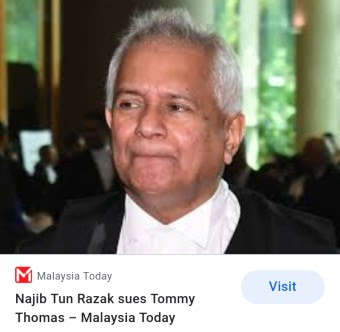 Tommy Thomas Accepts
Najib's Service Of Notice...
Former Attorney-General Tan Sri Tommy Thomas has responded to former Prime Minister Datuk Seri Najib Razak's letter of demand (LoD) seeking a public apology for allegedly defaming him in the controversial memoir, "My Story: Justice in the Wilderness".
Thomas responded to Najib via a letter dated Feb 4 from the firm Tommy Thomas Advocates and Solicitors, addressed to the former Umno president's lawyer, Tan Sri Muhammad Shafee Abdullah.
In the letter, the firm said that it was acting for Thomas and wanted to respond to the LoD, which was sent to him on Feb 2. It denied all the allegations made by Najib in the LoD."Our client denies all material allegations in your letter. Furthermore, our client denies that he has committed the tort of defamation against your client, as alleged or at all.
"We have instructions to accept service of process. All our client's rights are reserved," the letter read.It was reported that Najib had sent the LoD to Thomas, seeking RM10 million in damages and a public apology. 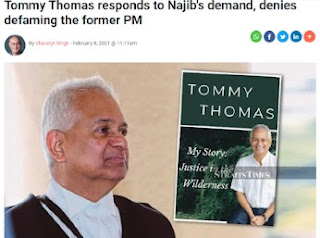 Najib made the demand after alleging Thomas had implicated him in the murder of Mongolian national Altantuya Shaariibuu in one of the book's chapters. Najib said the offending passage was reckless, irresponsible, deliberate, malicious and aimed to lower his esteem and good reputation in the eyes of the public.
In the LoD, Shafee had alleged that the impugned statements of his client, portraying Najib as a murderer by direct inference and innuendo – was wholly untrue, false, frivolous, vexatious and devoid of substance and evidence. "It is also clearly motivated by mala fides and was principally done in your selfish pursuit of seeking cheap publicity fuelled by your ego, sensationalism, and profiteering. - nst 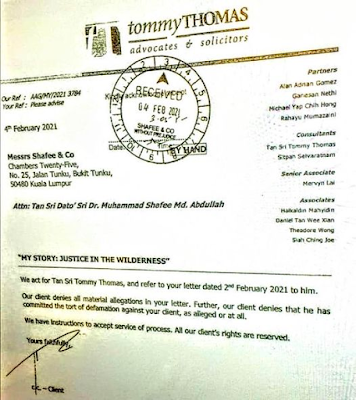 Tommy Thomas telling Shafee, bring it on...
So does this mean that at last Najib will be put on the stand in court to answer questions about the Altantuya case?  That will be very interesting. Did Najib forsee this? Maybe Americk Sidhu will be acting for Tommy Thomas? Will Musa Safri also be called to the hearings?
Court of Appeal in 2013 acquitted Sirul and Azilah,saying serious misdirection by trial judge including not calling Musa.Three-man appellate court said failure to put Musa on witness stand.
If Najib's suit against Tommy begins next week, we will be munching on pocorn for the next two years at least. Or at least for the next six months.More dirty linen will be washed in public. It will be very good for Umno's public image as well. Elections are around the corner. Hooray...- Syed Akbar Ali 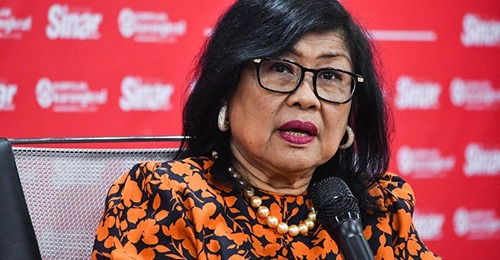 Meanwhile, former minister Rafidah Aziz has defended Tommy Thomas’ explosive memoirs, saying the former attorney-general has the right and freedom to write about his life and his view of events.
Noting that Thomas had written based on his personal knowledge, she said it could be viewed differently by others but that this was no reason to call for his book to be banned.
In a Facebook post, Rafidah drove home the point that memoirs could not be written to please everyone and hence critics “cannot chastise or shoot the messenger” due to difference of opinion.
She said that if the writer was conveying the message from his or her personal perspective, then everyone should respect it. - fmt 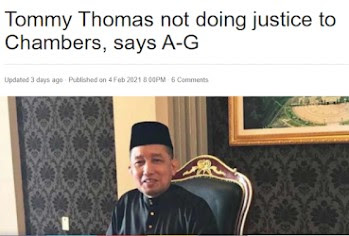 Tommy Thomas was AG for 20 months. Idris Haron  has been AG for less than one year?
But why 'inappropriate'? Because Idris Harun is the AG. At least SEVEN police reports have been made against Tommy Thomas' book and the Police said they are investigating all of them. If there is a case to be pursued against Tommy Thomas, then and only then will the AG's Chambers step into the picture. This is how our system works.
Only after the Police have completed their investigations and made their recommendations can the AG decide to prosecute or not to prosecute any cases against Tommy Thomas.Until then the AG should keep quiet and maintain professional neutrality. No bias, no prejudice, no taking sides and certainly no subjudice.
But with the AG Idris making any type of remarks against Tommy Thomas it already implies a bias. So if the Police present their investigation papers about Tommy Thomas to the AG can Tommy expect the AG to act professionally and without pre-conceived bias?  If you are having problems figuring this out, put yourself in Tommy Thomas' shoes lah.
About the competency of the AG's Chambers please do not forget that the AG's Chambers at that time completely refused to prosecute the 1MDB cases when the whole world was gaping in shock at the scale of the corruption.
All around the world, people had already been prosecuted and jailed for their involvement in the 1MDB scandal. In the UAE, in Singapore people were jailed. And action was taken against others in the United States (Goldman Sachs was fined). Dont forget the US Attorney General gave a two-hour press conference about the 1MDB corruption. The 1MDB case has been labelled the biggest financial scandal in the world.  - Syed Akbar Ali 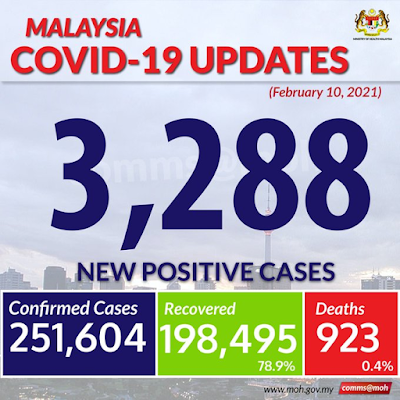 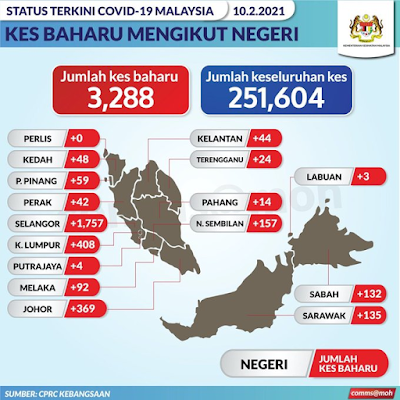