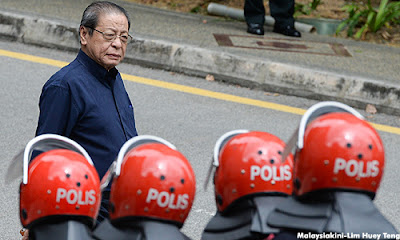 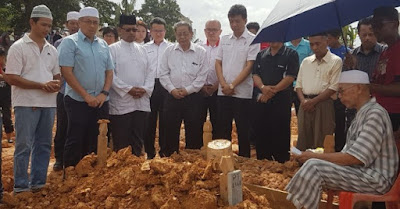 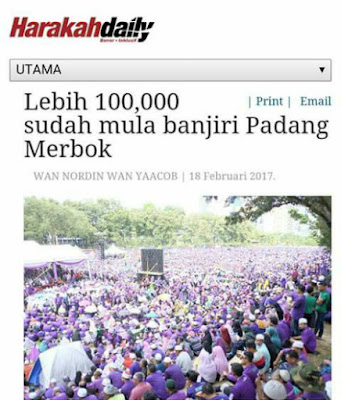 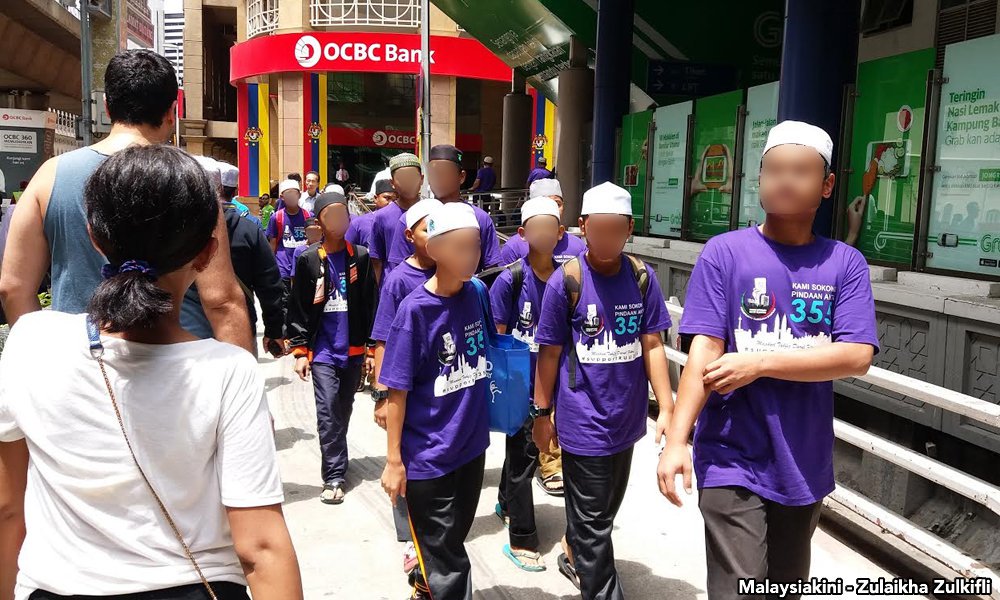 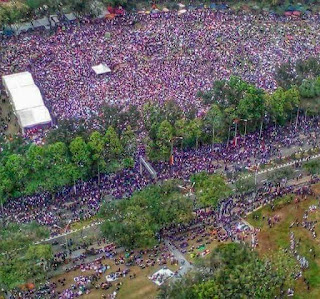 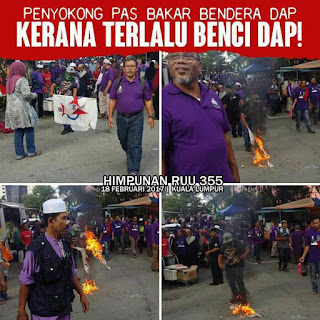 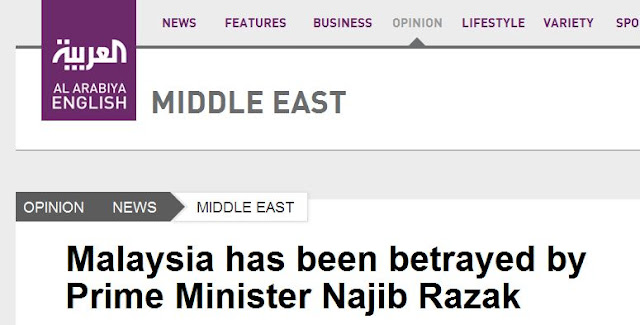 I have argued time and again that the greatest threat to the Muslim world is not the West, but rather, corruption and incompetence in administration in the Muslim countries themselves.

To this argument there were a number of crucial pieces of evidence. First of all, there is a clear inverse correlation between corruption and economic development not just in the Middle East, but globally.

Secondly, Muslim countries are among the most corrupt countries in the world, and this maps well to the problems we know well from the region.

In this sense, the abundance of natural resources has served to mask much of the problem, as per capita wealth in the region comes out as much higher than it would have been for a given level of corruption, and that distorts the perception of societal problems in these countries.

For another, that abundance of wealth can be used to buy off the acquiescence of the population to an otherwise questionable regime, as is the case with the benefits that these states lavish upon their population, or alternatively, can be used to fund extensive repressive police and intelligence apparatuses to keep the population in check, as was the case in Saddam-era Iraq. Continue Reading...

Ostb : Malaysia and all the other Islamic countries have been  betrayed by its people, either the majority voters (as in Turkey and Malaysia) or a sufficient minority that wields influence and power (like the oligarchs and their sycophantic religious clergy aka butt kissers).

Both these groups have supported and continue to support the corrupt and the tyrants as their leaders. Why is that so?

Instead they are brought up, moulded, guided and taught to become human failures. There is not an Islamic country in the world that can be declared equal to or as successful as even a mid-level Western country.

The problem becomes worse for the Muslim countries because minus some forceful hand to overlook their affairs (colonialism, a cruel dictator,  a benevolent dictator, an authoritarian system etc) their natural state is to regress, to become dysfunctional, quarrelsome and finally to kill each other. In other words, when left alone to their own ends, they all become quite insane.

This contrasts sharply with non Islamic countries around the world who have a much better record of being able to organise themselves and improve their quality of life.

Many have gone through wars, corrupt regimes, kleptocrats, cruel dictators etc. But once their wars are over or their tyrants have been overthrown, they can get along with organising their affairs and move forward. Hence we see the stars shining brightly or beginning to shine brightly over Korea, Taiwan, Japan, Vietnam, Sri Lanka, even the Philippines, of course China and many rising nations in South America and Africa.

If left to themselves, minus the corrupt and the dictators, the natural state of these countries is to advance very quickly.

The second point is that in these countries, their society does not pry into the private affairs of its citizens to expose and embarrass each other over what they term 'criminal sins'.  In Islamic countries, the society itself (mothers, fathers, siblings, relatives, neighbors, the village, the town) constantly watch and pass judgement on each other over alleged breach of religious rules and cultural taboos.

Making things worse is religion that is very short of evidence to prove its beliefs. Hence religion becomes not uniform - meaning there is no one version. At best it is a sectarian imagination.

And because the mothers, fathers, siblings, aunts, uncles, relatives, neighbours and their society at large are the conduits of this rather backward behaviour, it is a natural extension that their politics, their governments, their police, their enforcement authorities ALL reflect the wishes and the beliefs of the society.

Hence they are doomed.

There are many Rule No 1s to making themselves stupid. One of the Rule No 1s is 'do not question your religious teachers, do not ridicule (aka question) the religious teachers, do not question your religion, do not ridicule (aka question) your religion'.  Hence the 'anti-blasphemy' laws, the crime of of 'insulting Islam', the 'apostasy laws' etc. It is a mark of an uneducated society, despite its universities and universal 'education'.

If you spent seven years studying at a school for bomohs (shamanism), it does not make you educated at all. That is what some of these religious outfits are.

I am afraid not.

Along come the smart beggars like Super Moron, Bawang and Tin Sadin who can see that the people are indeed not 'educated'.

So they take the people for a ride.

Then they go one step further. They must keep the people stupid.

So give them more overdoses of the supernatural, of blackmagic, of the illogical (kita tidak boleh gunakan akal dalam semua perkara) and of incoherent religion.

The betrayal is by their brains. Their brains are just stupid.- ostb 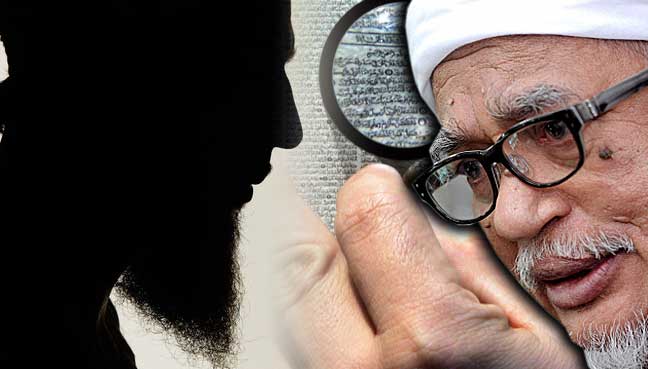 My name is Mujahidin, I am a Muslim
and I reject Hadi’s bill...

I am a Muslim. I am far from a perfect Muslim but I believe in Allah.

Maybe many will question why I reject Abdul Hadi Awang’s proposed amendments to Act 355. If I am a Muslim, aren’t I compelled to accept shariah law?

My first response is that this is not Allah’s law. It is a man-made law. It does not state in the Quran and hadiths that punishments is paid in ringgit or any currency for that matter.

There is no summons or punishment prescribed in shariah, What is prescribed is compensation in place of Qisas (law of retaliation). So my question is where does the punishment of paying a fine come from?

From Allah? Or has Hadi become God?

In the Quran, Allah says: Allah will not burden his people with that which they have no ability to bear (Surah Albaqarah).

Who can afford to pay the RM100,000 fine which Hadi is seeking? Only the rich and if the proposed amendments are passed, where is the social justice should the fine be too heavy for the poor? And if a judge has the discretion to heavily fine a rich person and give a poor man a lighter punishment, then isn’t this prejudice which goes against Allah’s commandment?

“O ye who believe! stand out firmly for justice, as witnesses to Allah, even as against yourselves, or your parents, or your kin, and whether it be (against) rich or poor: for Allah can best protect both. Follow not the lusts (of your hearts), lest ye swerve, and if ye distort (justice) or decline to do justice, verily Allah is well-acquainted with all that ye do.” (An Nisa 135).

Only Allah is fit to judge a person. A prejudiced judge is a judge who isn’t accepted by Islam. Punishments which aren’t based on the Quran or hadiths should be abolished not misused.

Secondly, the punishment of 100 lashes of the cane is a hudud punishment. It is indeed found in the Quran but for zina (unlawful sexual relations). In carrying out this punishment, you need four Muslim male witnesses. The witnesses have to be of good character, clever, fair and someone who is not fasiq or unreliable (by virtue of intentionally and constantly transgresses boundaries prescribed by Allah, and considered unreliable).

Most of the raids are carried out by officers who don’t appear to be of good character (a lack of manners means not of good character, right?), and they don’t appear to be clever or else they would be doctors, engineers or lawyers, right? Ok, maybe they are clever because the requirement for being clever is not being insane, but are they really not insane? Hmmm… at a glance, some of them look crazy enough.

And are they fair? If their KPI is to arrest people, then there is a problem because a lack of arrests can be seen as them not doing their job. And if they are seen as not doing their job they can be sacked. So how can we be sure they will be 100% fair?

This was agreed upon by the Islamic jurists Al Shafie, Al Hanbali and Hanafi. Only Maliki feels tazir punishments can be heavy but not excessive. But if we want to follow the Maliki school of thought, we also have to accept that dogs aren’t unclean? Hah? Why not, right?

Also, the 30-year jail sentence isn’t in the Quran. This punishment is excessive for our existing shariah offences. In fact, it goes against the views of the Islamic jurists, including Maliki.

As an example, if a non-Muslim husband or wife has an adulterous relationship with a Muslim, they cannot accuse the Muslim of adultery. Thankfully, they aren’t punished by our shariah laws or else they would receive 80 lashes of the cane.

Once more, most importantly, if such punishments aren’t prescribed in the Quran and hadiths, why is it called Allah’s law? Astargfirullahalazim… we shouldn’t simply come up with worldly punishments and label them as Allah’s law. Don’t lie and more importantly, don’t slander Allah.

If the Prophet Muhammad was advised against controlling the actions of others, who is Hadi? - Mujahidin Zulkiffli,fmt 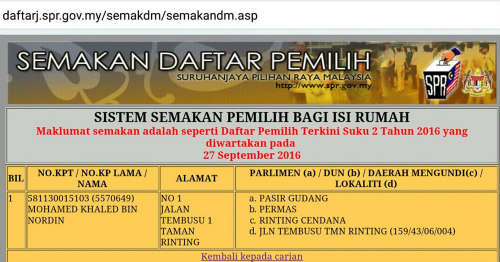 Is Johor MB living in a shoplot with 13 others?

The latest voter list appears to suggest that Johor Menteri Besar Khaled Nordin resides in a shoplot in Masai, Johor with 13 others. This was uncovered by Johor Pakatan Harapan after combing through the electoral roll for the fourth quarter 2016, that is currently on display.

According to Mengkibol state assemblyperson Tan Hong Pin, the address in question is the Pasir Gudang Umno division headquarters at 1, Jalan Tembusu Taman Rinting. The electoral roll for third quarter 2016 recorded Khaled and his son Akmal Saufi's change of voter address to the above location.

The electoral roll for the subsequent quarter recorded that 12 more people had been added to the same address.

"If the electoral roll is gazetted, then there will be 14 people, including the MB and his son, registered as voters at that address," said the DAP assemblyperson. This was among hundreds of suspicious voter details that Tan had submitted to the Johor Election Commission today.

According to Tan, the dubious voters had appeared in four parliamentary constituencies - Gelang Patah, Kluang, Segamat and Pasir Gudang.

Only in select constituencies

From the data that has been collected, Tan concluded that there appears to be an effort increase the number of voters at a specific address, either through registration of new voters or change in address.

Secondly, he concluded that these suspicious records would only appear in constituencies where BN faced stiff competition during the last general election.

"For example, (suspicious voter records appear) in the state constituency of Nusajaya (under Gelang Patah) and Mahkota (under Kluang), where BN won with a small majority.

"There are no such problems in the Skudai and Mengkibol constituency where BN lost badly," he said. Tan said that as the general election draws nearer, it would appear that there are attempts to subvert the electoral process.

"I just never would have imagined it would happen so blatantly and involve the menteri besar himself. I urge him to explain himself," said Tan. He said that the evidence that he and his comrades had gathered calls to question the Malaysian electoral roll's integrity.- mk 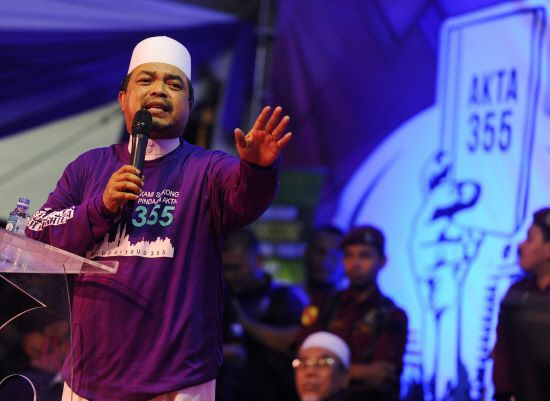