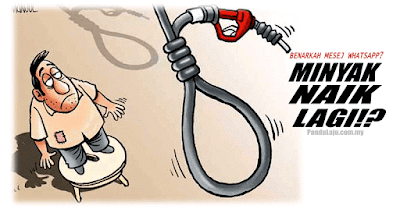 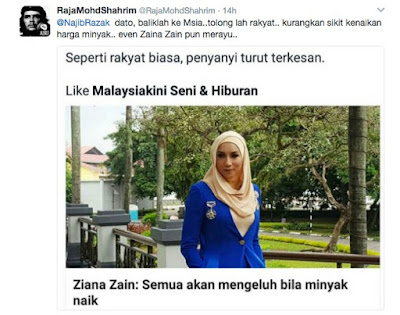 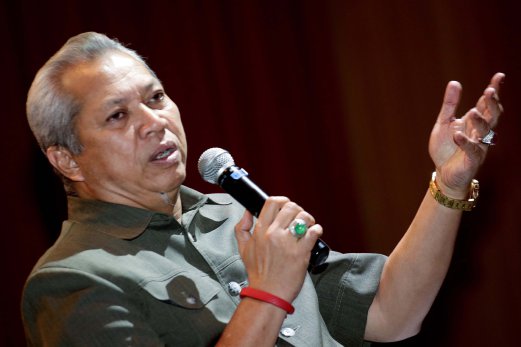 So Annuar Musa is out! And when the decision was made by MARA Board members, their Minister was not aware that they were deciding on ousting Annuar Musa as their Chairman.

And now their minister,Ismail Sabri, tells us that Najib too was not aware that this was going to happen.

Is Ismail Sabri telling us that MARA board members decided to dismiss their chairman, Annuar Musa, WITHOUT consulting the Minister? Without consulting the prime minister?

Either the Board Members of MARA are a courageous lot who have woken up to the fact that their Chairman is corrupt or they are stupid enough to think that they can get away with dismissing a Chairman who had been appointed by the prime minister.

And then there is also the question of how many board members were complicit in making possible a corrupt Chairman to act corruptly in MARA for the term of his office.

And what about Annuar Musa? He seems to be the least troubled by the situation he is in...and why should he be too trouble when he has powerful friends in Putrajaya?

After all the man who appointed him to be Chairman of Mara, Najib Razak, in whose personal bank account was found to have many billions for which, until today, we are none the wiser as from where it was sourced, is still in office.

Then there is Isa Samad, who, while he was Chairman of FGV, the world's largest palm oil producer, saw a decline in revenue, unusual stock loss amounting to RM57 million in a jointly controlled entity in Turkey, and another year of loss in 2016 as its net loss for the third quarter ended Sept 30 increased to RM94.87 million from RM33.93 million in the corresponding period the year before.

Taib Mahmud and a host of other Umno and BN "has been" are all rolling in the money and are all free and under no judicial process that will require for them to submit to the court the source of their insane wealth all acquired during the term of their public office!

So why should Annuar Musa be troubled?

If anything, at this very moment, Najib is already thinking where he can next positioned a man of Annuar Musa's capability and experience to further assist him in his odious political agenda.

After all a paedophile is Chairman of  Risda. A "convicted of corruption taker" Isa Samad, was Chairman of FGV......and that mother of all "donation takers", Najib Razak seems to be going from strength to strength as he heads a government that makes corruption and political power the new normal of all things Malaysian! 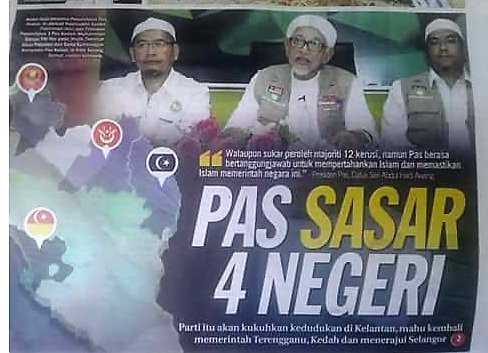 Will PAS be able to retain Kelantan...

Is PAS really strong in Kelantan? Is Umno ready to retake the state? Or will there be a new government in Kelantan in the form of Pakatan Harapan and Bersatu in the coming general election?

In my more than 20 visits to Kelantan since 1993, including several extended field research trips for my honours degree thesis on PAS between 2002 and 2004, I have always been amazed by the political sophistication of the people of Kelantan.

Kelantanese elected successive PAS administrations between 1959 and 1978, and since 1990 till today. A strong sense of Kelantan regional sentiment vis-à-vis the federal government is an important factor, then and now.

In all elections since coming back into power in 1990, the confident yet humble Tok Guru Nik Abdul Aziz Nik Mat (photo,below) was a constant positive factor for PAS. Alas, the wise ulama is no longer with us, since 2015.

The uniqueness of Kelantan includes the strength of its people to reject the ridiculous “Chinese bogeyman” fear-mongering tactic created by Umno. In fact, the “fear of DAP” storyline that often works in favour of Umno in many Malay-majority constituencies, has never worked in Kelantan because Kelantanese are more secure with their identity.

However, with PAS being seen closely aligned to Umno in recent times, and with Umno being bogged down by Prime Minister Najib Razak’s unpopularity, PAS is slowly losing its regional/anti-federal party streak in the eyes of many Kelantanese.

Kelantan boosts a large diaspora of people living in the Klang Valley who continue to go back home to vote. Some researchers believe that more than 20 percent of Kelantan voters reside outside Kelantan. Most of the time, they vote according to national mood swing, which currently does not favour Najib and those associated with him.

Therefore, the myth that PAS could be a national spoiler, as a third force, particularly to Pakatan Harapan, in the forthcoming general election needs to be examined closely. Somehow many political pundits have taken PAS’ strength in Kelantan for granted, without much scrutiny.

A closer look reveals a very different scenario, perhaps even shocking to some people. In the battle for the Kelantan state assembly during the coming general election, PAS may not be able to maintain its third force ambiguity. The fact is PAS may be compelled to form an electoral pact with Umno in Kelantan, whether by choice or expediency.

Assuming Amanah can pose a serious challenge to PAS in 10 of its 33 incumbent state seats while Bersatu is able to do so in five of Umno’s 12 incumbent state constituencies, PAS and Umno may not have the luxury of contesting against each other in Kelantan.

Also, assuming Amanah, Bersatu and PKR do not contest against one another but form a formidable coalition - battling either PAS or Umno, or even both, in three- or four-cornered fights - the major losers won’t be Pakatan Harapan and Bersatu.

If PAS and Umno can’t find an agreement to form an electoral pact, and decide to fight each other - while Pakatan and Bersatu form a coalition to put a single candidate in each seat - no one would be certain of the outcome of the seats, especially the marginal ones.

If PAS and Umno each suffers a 10 percent decline in their vote share - due to their association with Najib - and they still continue to battle in three-cornered fights, PAS may lose Kelantan while Umno can kiss goodbye to its dream of recapturing the state.

In other words, 23 of 45 Kelantan seats - slightly more than half - are marginal seats which would be vulnerable for the PAS government if Harapan and Bersatu put up a formidable coalition while Umno and PAS fight it out against each other.

Never underestimate the political wisdom of Kelantan voters. I have met many Kelantanese throughout the years and I have high respect for them. If the mood changes in Kelantan, PAS and Umno would be forced to form a pact. Thus, the myth of PAS being a strong third force may just be a farce. - Liew Chin Tong,mk 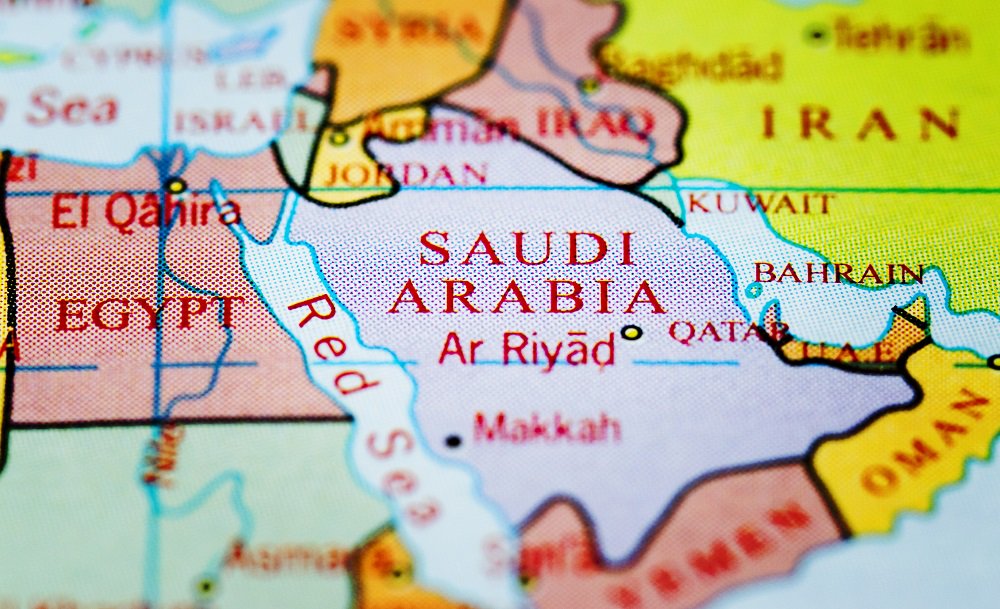 Why were Gulf states spared the #Trump ban?