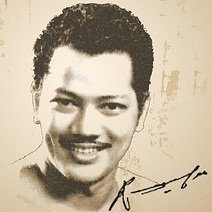 While we enjoy the movies of Tan Sri P Ramlee today, his story is a tragedy - a tragedy that befalls artistes who do not know their rights because there are no laws protecting them.

There is no denying that when actor, singer, producer, director and composer P Ramlee died in 1973 aged a young 44, he died broke and a broken man.

The main reason he died poor was because he and his friends then were not aware of their intellectual property rights and they were exploited by the big studios, say Malay film directors and producers.

P Ramlee, although having clinched international awards during his lifetime, was only put on a pedestal by the government, media and the industry after his death - to which his friends say it was too little, too late.

In fact, in a thorough documentary on the man for the History Channel simply titled Biography: P Ramlee​, it was revealed that in the years leading to his death, he was struggling to put food on the table for his family - being rejected and taunted by the media for his fall from idol to fallen star.

A friend found him renting out mahjong tables in Bukit Bintang to make ends meet after companies which made so much of profit from his movies and songs decided to cut him off, saying that he was a ‘has-been’.

Recently, film producer David Teo was taken to task for stating that P Ramlee had died a destitute in Bukit Bintang. He was lambasted for being disrespectful.

Teo had said it in the context that one should know how to make money and not only ‘jolly’ when one is at the height of fame, for fear that in the old days, they too will be a destitute like P Ramlee.

The Star reported that the Penang Malay Association (Pemenang) chairman Tan Sri Yusoff Latiff,  also president of Penang Malay Culture and Arts Association, said Teo was not aware that P. Ramlee was never interested in becoming a wealthy man and only wanted to elevate the national film industry. 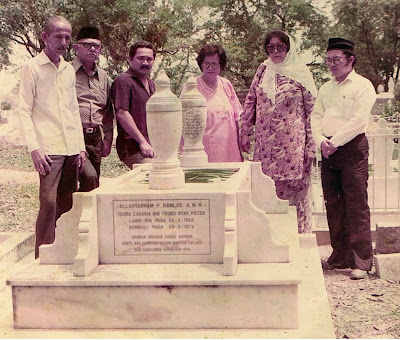 "P. Ramlee had succeeded in changing the viewers' paradigm to have an identity which the audience today have inherited.

"Compare his (P. Ramlee) work with films produced by MiG, can they compete with what P. Ramlee had created," The Star reported him as saying.

MiG is the production house of Teo.

Renowned producer and director Datin Paduka Shuhaimi Baba, who produced the documentary on P Ramlee, says that Teo may have been misunderstood.

“I don’t think David meant to be disrespectful. Knowing him, I think he expressed himself incorrectly,” says Shuhaimi.

She also says that much have been said about the life of P Ramlee and the tribulations he had gone through. In fact, she said, enough had been said in the documentary, which tracked P Ramlee to the heights of his career and his downfall from being rejected despite his visions and ambitions.

She said that P Ramlee and his peers, who gave so much to the Malay film industry, were obviously unaware of their intellectual property rights and that they were manipulated to give it up by companies which profiteered from it.

“Today, same misery. Those same creative rights still not being acknowledged and not respected,” says Shuhaimi. 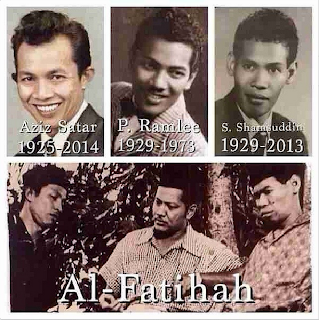 He said that from yesteryears, there has always been manipulation of the artistes as ‘people tend to think artistes are stupid and uneducated”.

“The answer is YES! RTM, Grand Brilliance, Astro, Shaw, Media Prima all still practice of holding the intellectual property rights of artistes. Even though recently, Astro and Media Prime is said to be sharing the rights with producers, but I do not know how widespread that is.

“In their old age, artistes leave nothing for their heirs. So, the answer why P Ramlee stayed on the skirts of Bukit Bintang - to David Teo - is that he was not protected by the laws of this country.

"He was exploited by the big studios which took away his intellectual property rights, and it has nothing to do with his discipline, commitment or not knowing how to make money.

"Until today, there are no laws which state that studios or TV stations cannot take the intellectual property rights of artistes except if the artistes themselves want to sell it at a different price other than the project. So, Mr David, this has nothing to do with P Ramlee, but the problem is the lack of respect this country has for the rights of artistes,” says an obviously incensed Afdlin.

P Ramlee left us a rich legacy in his movies and songs, but he died in his final days surviving on rice and fried eggs.

"He was really broke. The last I met him, I saw that all he had was rice with eggs for main meals. His name was big - everyone knew who was P Ramlee. But his life was wretched," says his long time friend and co-star Datuk Aziz Sattar in the documentary on a man who no one would ever be able to replace. Zakiah Koya,theheatmalaysia

So we can forget about the Bugis Bac_l. 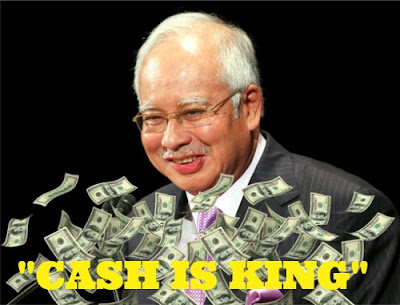