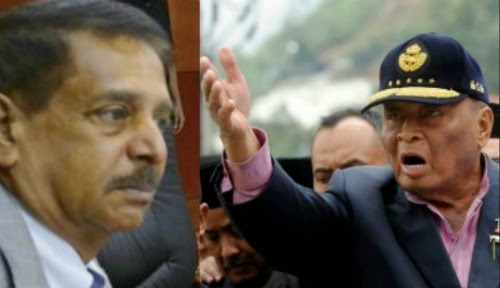 The Pahang sultan has reportedly lashed out again over the Cameron Highlands landslide, this time training his fury at Environment Minister G Palanivel for being "not serious" about the tragedy.

Sultan Ahmad Shah was reported in Umno-owned Berita Harian today reprimanding Palanivel, who is also Cameron Highlands MP, for not being serious about the incidents, in a front-page article 'What is Palanivel doing?'.

"What has he done? Nothing... the people are suffering mentally and physically when such a tragedy happens.

"The people voted and chose him during the last election; is this what he gives them?" Sultan Ahmad Shah was quoted saying.

"Tell him to do something about it immediately," he added.

Yesterday the Pahang ruler was upset over land clearing in the mountain resort district.

His ire comes after a deadly mudslide in Cameron Highlands, the third this year, which killed five people, including a 13-year-old student.

Last October, a flood in Bertam Valley in the area took four lives but no one has reportedly been held accountable since the tragedy.

The sultan said Palanivel should go to the ground and visit his own constituency, and not only make an appearance when the general election approaches.

The monarch lamented that despite two previous incidents of mudslides and landslides, nothing has been done to avert the problem and stop it from recurring.

“Tell the minister to give priority to his constituency first. Do not only come when there is an election.” he was reported saying.

He warned Palanieval to resolve the problem lest the people not reelect him as an MP in the next general election.

Palanieval was rejected as BN's candidate for the Hulu Selangor by-election in 2010 following the death of its MP Zainal Abidin Ahmad.

Instead BN fielded a newcomer P Kamalanathan. The MIC president eventually allowed to contest the Cameron Highlands seat in the 2014 general election.

Mipas: What about state responsibility?

Meanwhile Malaysian Indians Progressive Association (Mipas) has come to Palanivel's defence, pointing out that the issue of recurring landslides was under the state government's responsibility.

"It is not fair to blame Palanivel. What happened to the Pahang MB and the state government's responsibility?" asked Mipas Secretary General S Barathidasan in a statement today.

"Land issues are under the state government's responsibility," he stressed.

His response follows a flood of criticism from MIC strategic director Vell Paari who said Palanivel is unfit to head the Environment Ministry as well as the party.

Vell also slammed Palanivel for being absent when the sultan visited the disaster area yesterday as well as during the last incident.

"This a violation of protocol and respect accorded to the ruler," Vell said in a strongly worded statement calling for Palanivel to step down.

In another report in The Star, the sultan said he has also directed that all illegal agriculture in the popular highland resort be stopped immediately, complaining it has been happening for a long time since the British occupation era.

“I hope the federal government will do something to alleviate the problem as they have all the equipment, and urge that they disburse the balance of the RM38 million to deepen the Sungai Bertam estuary,” the English daily quoted him saying.

Meanwhile in Berita Harian, the sultan denied earlier reports that the palace had issued yellow letters of support to open the land there to agriculture.

“I do not know about it, and if I know, I will punch him (the person who had issued such letters),” he was reported saying. - mk

MIC president G Palanivel has refuted the claim that he has done nothing to tackle the flood problems in his parliamentary constituency.

He was responding to Pahang ruler Sultan Ahmad Shah, who unleashed a caustic salvo against the Cameron Highlands lawmaker.

"What has he done? Nothing... the people are suffering mentally and physically when such a tragedy happens.

"The people voted and chose him during the last election; is this what he gives them?" said the ruler yesterday.

In his defence, Palanivel said that the matter required serious attention, and not finger pointing.

"Many things had already happened even before I was elected as MP.

"But I am sure we can rehabilitate Cameron Highlands and stop the massive environmental degradation that has happened," he added in a statement today.

Cameron Highlands was hit by another mudslide recently, which killed five people, including a 13-year-old student.

Meanwhile, Palanivel said he shared a good relationship with the ruler.

"I will explain everything to His Highness, both the good and bad. I am certain the sultan's concern for the land and his rakyat is genuine and his heart is always on their welfare.

"Let us all realise that we are equal stakeholders and work to save Cameron Highlands," he added.

'I have donated money to the victims'

Palanivel, who also faced a call from MIC strategy director S Vell Paari to step down, said that since he was elected as MP of Cameron Highlands last year, he had visited the area numerous times.

"Flood disaster is a serious perennial issue for many years now. The recent deaths have only increased grave concern.

"The government is committed to finding a long term solution. As an immediate measure, the government has allocated RM40 million for flood mitigation for Bertam Valley," he added.

Palanivel, who is also natural resources and environment minister, said he had raised the Cameron Highlands issues several times with the prime minister and during cabinet meetings.

"The government takes a serious view on illegal land clearing which has been going on. One more immediate effort to be taken in resolving this issue is an intensive tree planting project.

"Besides that, I have also requested funding from the federal government for the Ringlet river mitigation works," he said.

"I have already held discussions with the district officer, the land office the Forestry Department on this matter and am working together with the Reach chairperson other NGOs.

"The Immigration Department is also taking action against illegal workers and their employers in Cameron Highlands," he added.

According to Palanivel, he also met 75 residents affected by the flood and donated RM1,000 each.

"With the recent disaster, both the PM and DPM have taken the matter seriously.

"As a result of the Cameron Highlands flood meeting, chaired by DPM, it was resolved that a more concerted effort should be taken which will prevent such occurrences in future," he added. - mk

Illegal farmers in Cameron Highlands were royally warned today to stop their activities with immediate effect.

An infuriated Sultan of Pahang who visited the Bertam Valley today to see for himself the damage caused by the recent floods, squarely laid the blame on illegal farmers.

"Illegal farmers are responsible ... they have been here since the time of the British and for ages they have been responsible for this ... They are to blame!" Sultan Ahmad Shah told reporters after a visit to flood sites here today.

"I am fed up with all these illegal activities, (and I know) these farmers can resort to violence, with the help of gangsters," he said, adding that the state government takes a serious view of the matter and will initiate legal action against those involved.

Asked to comment on the purported existence of "surat kuning" (letters from the palace) which allows the bearers to carry out land clearing in the area, Sultan Ahmad Shah said he was unaware of the matter.

"If anyone shows these 'surat kuning' which uses the name of the palace, I will personally beat him, so do not believe in such allegations," said the sultan, who was clearly not amused.

"Verify with the state government first. Do not believe in such claims which simply abuse the names of others."

"Jika saya tahu siapa, saya akan bagi cukup cukup," (If I find out who they are, they will face the full force of my wrath)," he added.

During the two-hour visit, the sultan also held discussions with the local authorities on works to restore Sungai Bertam with federal government funds.

In this regard, the ruler called on the federal government to use all facilities and agencies to assist the state government as Cameron Highlands is a tourist destination.

Sultan Ahmad Shah, who arrived at the area by helicopter with Sultanah Hajah Kalsom, is expected to be briefed at the Cameron Highlands land office in Tanah Rata today.- theSundaily 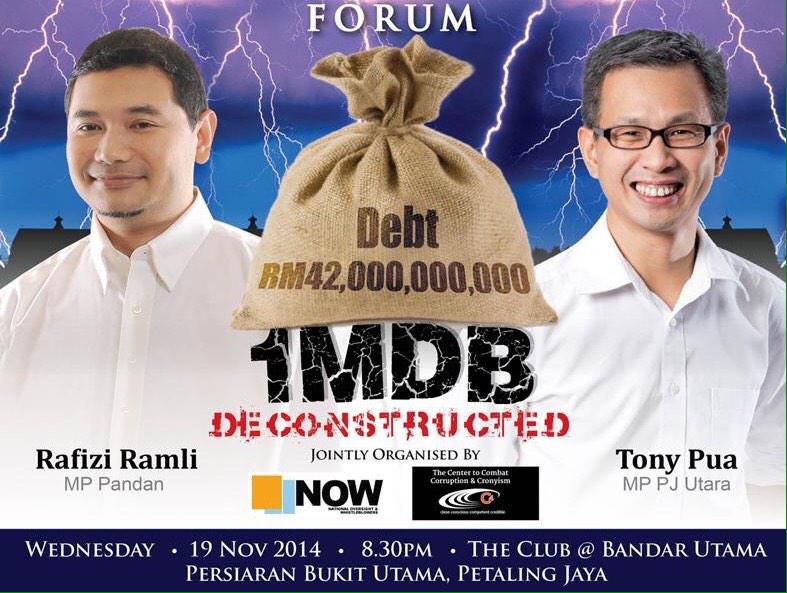 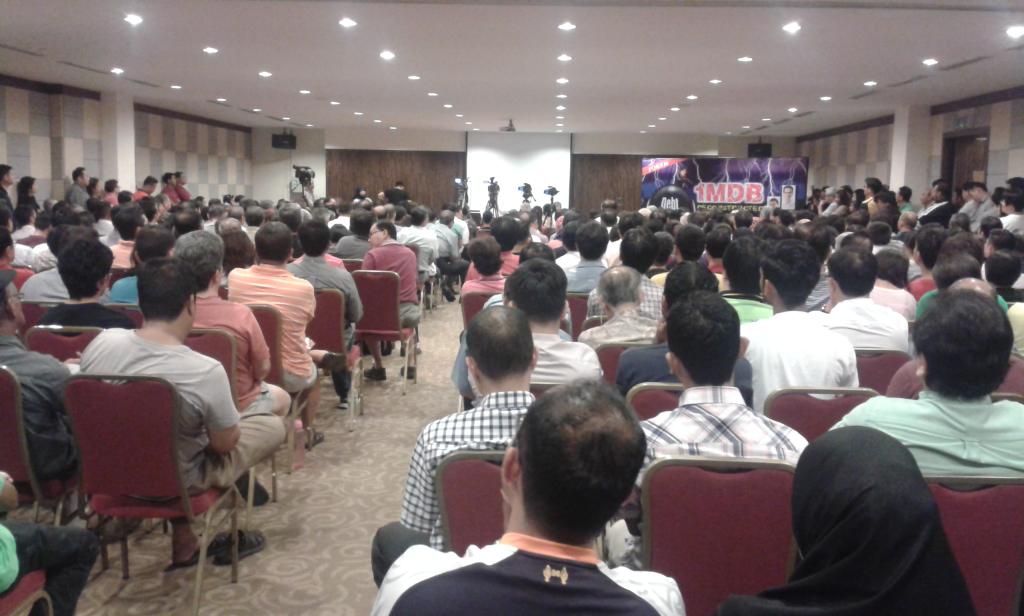 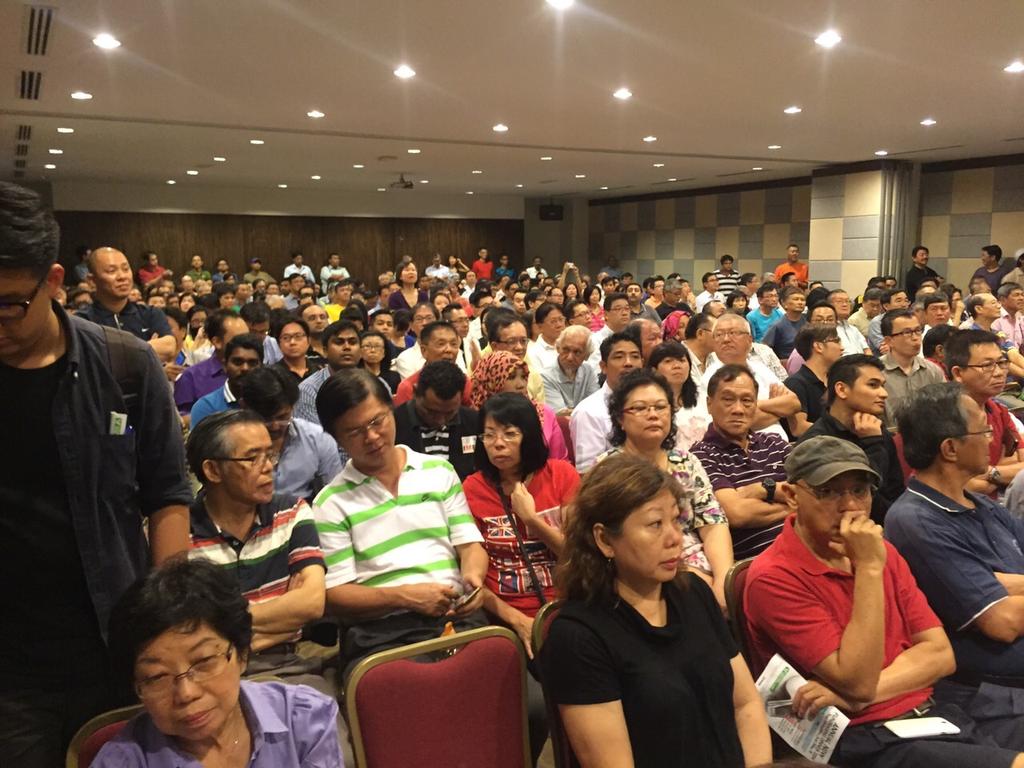