Tunku Abdul Aziz Tunku Ibrahim, the most senior Malay leader in DAP, has tendered his resignation from his vice-chairperson's post as well as his party membership.

His decision to quit the party, announced tonight, comes as a major blow to the DAP as it gears up for the general election which some believe could be held as early as next month.

However, Tunku Aziz has said he will not join another political party, quashing speculation that he may defect to Umno.

In tendering his resignation, Tunku Aziz acknowledged that by exercising his right of dissent, he has gone against the party's position on Bersih 3.0 - where some 200,000 people took to the streets last month, demanding free and fair elections, resulting in clashes between the protesters and the police.

He said his open disagreement with DAP, made him chose not to be re-nominated as a senator for Penang, indicating that he was not sacked from his Dewan Negara's post by DAP when news broke that his term, ending May 30, would not be not renewed.

"I felt that my position was no longer tenable and that I would no longer be able to serve Penang and my party," the one-term senator told Malaysiakini.

According to Tunku Aziz, he had suggested to DAP secretary-general Lim Guan Eng, who is also Penang chief minister, that the party should subject him to the "same disciplinary procedure as any other party member" for his action.

"Unfortunately, up to now, that was not forthcoming. In order not to prolong the matter and avoid further embarrassment, I have decided to relinquish my post of DAP vice-chairperson and tender my resignation as a party member with immediate effect."

'I had to draw the line'

Tunku Aziz stressed that he expressed his views on Bersih 3.0 out of "personal conscience" and it was done based on his "sincere belief that our country will always take precedence over sectarian interest".

"I had to draw the line and I chose to affirm my right of dissent when as a legislator in the Senate, I felt defying the law was unacceptable."

He said he had always advocated the need for free and fair elections, and that he had been consistent and unwavering on the matter.

"Throughout my career as a professional manager and a civil society advocate, I stood for respect for the rule of law, good governance and proper public conduct," said Tunku Aziz, who is the founder of anti-corruption watchdog Transparency International-Malaysia (TI-M).

"I criticised the organisers of Bersih 3.0 when they refused to accept Merdeka Stadium as an alternative site, after the mayor of Kuala Lumpur, with the authority of our courts, declared that Dataran Merdeka was out of bounds and violators of the court order would be breaking the law.

"The right to assemble was granted and I was convinced then, as I am now, that if Merdeka Stadium was accepted as the venue for the sit-down rally, the ugly scenes we witnessed on April 28, 2012, would not have occurred and our country would have been spared of yet another trauma after Bersih 2.0 in July last year."

A year later, he was appointed senator representing Penang, giving him the distinction of being the first DAP senator.

A distant member of the Kedah royal family, Tunku Aziz began his career in the police force before joining Guthrie Corporation and later served as an adviser with Bank Negara.

He was instrumental in setting up TI-M, an NGO dedicated to fighting corruption.

Tunku Aziz described his resignation today as a fitting end to his brief foray into politics, which lasted no more than four years.

"In travelling throughout the length and breadth of our country over the last few years, I have met and interacted with a lot of Malaysians from all walks life and learned much, which I now can put to good use for the next phase of my life," he told Malaysiakini.

"After a brief period of rest and reflection, I shall return to civil society advocacy and public service. I stand ready to serve our country to the best of my ability."- malaysiakini


Former prime minister Dr Mahathir Mohamad today speculated that as far as he is concerned, the perfect time for polls should be in mid-September, after the Muslim festival of Hari Raya Puasa.

However he clarified that the ultimate decision on when to dissolve parliament will be up to Prime Minister Najib Abdul Razak.

“The signs are good (for BN)... But it is up to Najib whether he is convinced that he will achieve his objective,” said the former premier at a press conference in Kuala Lumpur today.

Najib’s objective, explained Mahathir (right), is to recover BN’s two-thirds majority, something which he believe is the challenge for the PM.

However, Mahathir said that the going for BN won’t be as rough as what they had to go through during the 2008 political tsunami.

Even if polls were to be held in June, he believed, things will still be hunky dory for the ruling party.

Speaking after being announced as the National Reading Icon at the National Library today, the former PM again accused the opposition on the other hand as not confident of winning Putrajaya through polls.

Which was why, he reiterated, they were trying to foment a Tahrir Square-like revolt during last month’s Bersih 3.0 pro-electoral reform rally.

Responding to a question on the recent spat between PAS president Abdul Hadi Awang and DAP chairperson Karpal Singh, Rais pointed out the Islamic and the socialist parties are at odds with each other as their ideologies conflict with one another.

“For sure PAS is not going to stay in league with Karpal and Lim Kit Siang of the DAP in the long run,” he said.

Instead Rais called on PAS to revive talks or muzakarah on cooperation with Umno as both parties fights for the same things, the Malay race and Islam. - malaysiakini 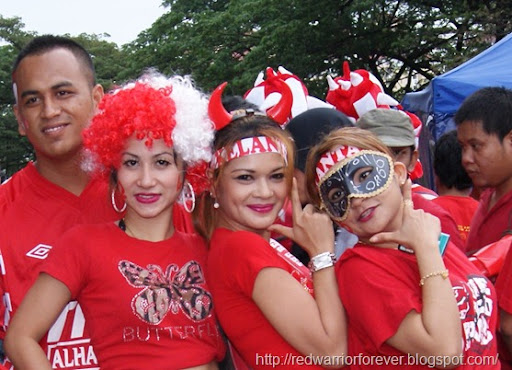