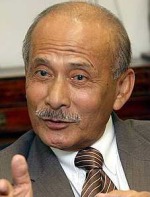 Former inspector-general of police Hanif Omar has been appointed the head of the independent panel to probe incidents of violence during the Bersih 3.0 rally.

Five others on the six-member panel will comprise academicians, former judges and media presentatives.

Hanif was the fourth and longest serving police chief in Malaysia.

He had recently courted controversy in claiming that communist sympathisers who were active demonstrators in the 1970s were involved in the Bersih 3.0 rally.

"The tactics of using provocateurs to cause the demonstrators to clash with police and to bring children along in the hope they would get injured were tactics learnt from past pro-communist demonstrations," he was quoted as saying.

He was also criticised for supporting Prime Minister Najib Abdul Razak's claim that Bersih 3.0 was a coup d'état attempt.

Home Minister Hishammuddin Hussein, who made the annoucement today, said the terms of reference would be decided within the next few days when the panel holds its first meeting.
He said the other members of the panel are:

No lawyers, no Suhakam reps

Hishammuddin said that the purpose of the panel is to collect evidence and conduct investigations in order to unravel the truth behind the incident.

He added that should investigations be solely conducted by the home ministry and the police, there will be concerns over the independence of the process.

On whether foreign police agencies will be roped in to help, Hishammuddin replied that this will be decided by the panel.

On why there are no lawyers or Human Rights Commission (Suhakam) representatives on the panel, Hishammuddin said the Bar Council was already busy with Bersih 3.0 related matters.

He said that it was up to the panel to decide if it requires Suhakam representation on the panel.

In an immediate reaction, Bersih coalition co-chairperson Ambiga Sreenevasan said she is "deeply horrified by Hanif's appointment", especially after his recent comments on Bersih 3.0.

"I think he is a bit paranoid in personality, we will certainly object to his appointment. We need somebody independent," she said.

Ambiga said that as a lawyer, Hanif should know that his previous comments would immediately disqualify him and all the other former IGPs who made some extreme statements from sitting on the panel.

"We trust that he will do the right thing and decline the appointment.

"In any event it is our view that the government ought to have appointed Suhakam and accepted the invitation from the UN rapporteur to assist the inquiring panel," she said.

"He should decline the appointment after his horrific support of Najib's wild allegation on coup d'état attempt or Bersih 3.0 panel will lose all credibility," he said in a tweet.- malaysiakini 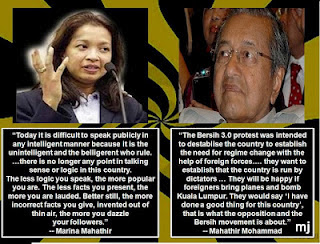