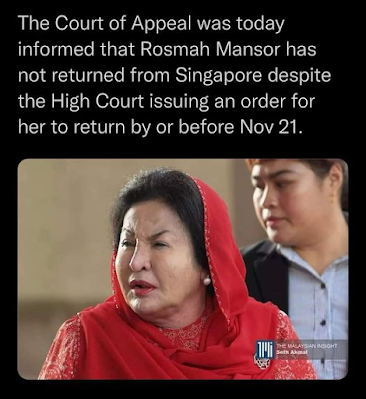 Court suspends arrest warrant against
Rosmah,orders her to be in court on Monday...
Rosmah Mansor has been ordered to be present in the Court of Appeal on Monday to follow her appeal proceeding to disqualify Gopal Sri Ram as senior deputy public prosecutor and declare her ongoing corruption trial a nullity. However, a three-member bench chaired by Hanipah Farikullah fell short of issuing a warrant of arrest and revoking her bail as requested by Sri Ram for failing to adhere to an Oct 15 High Court order.
“The court is using its discretion to withhold the arrest warrant. Moreover, she (Rosmah) has never been absent from the High Court proceedings,” Hanipah said. The wife of former prime minister Najib Razak is said to be still in Singapore visiting her daughter, Nooryana Najwa, who recently delivered her second baby. According to the High Court order issued by Judge Mohamed Zaini Mazlan, she is to return on or before Nov 21 and surrender her passport before Dec 6.
Hanipah, who sat with M Gunalan and Hashim Hamzah, said the bench also noted the explanation by Rosmah’s lawyer Jagjit Singh that it was due to his oversight that she was absent today. Hanipah said the bench will give Rosmah the opportunity to appear before them on Monday at 9am.
At the outset of today’s proceeding, Hanipah queried whether Rosmah was present in court to follow her appeal. Jagjit said there was a change in her travel plans after taking into consideration the quarantine duration imposed by Malaysia and Singapore.
When Hanipah asked if Rosmah had returned to the country, as required under the High Court order, Jagjit replied that his client was still in the island republic. At this juncture, Sri Ram applied for the court to issue a warrant of arrest and for Rosmah’s bail to be revoked for breaching the court order. “She is not a child who does not know her duties, responsibilities and liabilities,” he said.
Akberdin Abdul Kader, who is appearing with Jagjit, then said that they had written to the Court of Appeal registry yesterday to notify that Rosmah will return to Malaysia on Dec 6. Hanipah said the bench was given the letter just minutes before the proceeding started today. Jagjit then stood up and said he took full responsibility for Rosmah’s absence and sought an adjournment until Monday so that she could attend court. 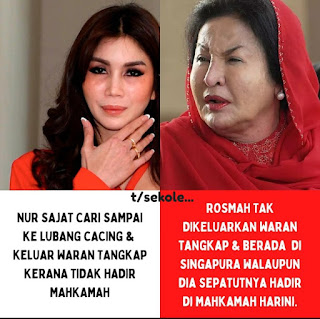 However, Sri Ram protested, saying it was important for the court order to be complied with. “The arrest warrant must be issued and bail cancelled. If not court orders will not be respected and will become worthless pieces of papers,” he said. The former Federal Court judge reminded the court that it would have acted swiftly “if the accused was an ordinary person like Ahmad bin Abdul, Muniandy or Ah Chong”.
Sri Ram said the law must be applicable across the board or else the public will lose confidence in the courts. Hanipah said Rosmah should have sought an extension of the order. Jagjit again apologised profusely to the bench but Sri Ram said the senior lawyer could not go to jail on Rosmah’s behalf.
On Sept 24, Zaini ruled Sri Ram’s appointment under the Criminal Procedure Code by the then attorney-general Tommy Thomas in August 2018 was valid. Zaini also accepted the alternative submission by the prosecution that the present Attorney-General Idrus Harun’s backdated appointment letter for Sri Ram, which was issued on May 21 this year, could cure any defects by Thomas.
He said this was because Section 50(b) of the Interpretation Acts 1948 and 1967 empowers any authority to make an appointment with retrospective effect. Rosmah is charged with soliciting RM187.5 million from contractor Saidi Abang Samsudin in the Sarawak schools solar hybrid project, as well as receiving RM6.5 million in cash from him.
It is alleged that the money was meant to help Saidi’s company, Jepak Holdings Sdn Bhd secure the RM1.25 billion project. Rosmah, who had been ordered to enter her defence, will resume giving evidence before Zaini on Dec 8. - fmt 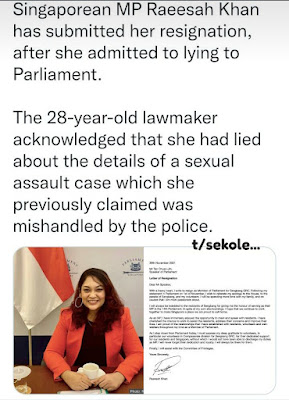 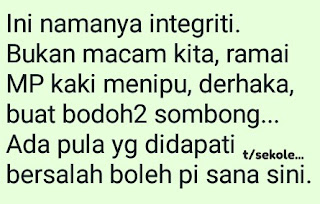 Pakatan Harapan stuck in a dead end...
BN crushes Anwar’s coalition! Resounding victory for BN! Landslide victory in Melaka! The headlines said it all. Whichever way you look at it, Melaka was a huge setback for Pakatan Harapan (PH). The coalition contested all 28 seats but won only 5. PKR, the core of PH, lost all the 11 seats it contested.  Even the DAP suffered a significant setback, losing half the seats it contested. Of course, the writing was on the wall but the PH leadership has had its head in the sand for quite some time now.
PH’s decision to support the government of Prime Minister Ismail Sabri with its September 13th MOU apparently did not go down well with the electorate. While PH leaders may have had the best of intentions, many think that PH needlessly neutered itself for nothing more than a fistful of false promises. Honestly, who really cares whether the leader of the opposition has official status or not or how many select committees are formed?
To make matters worse, PH failed to take a strong stand on critical issues contained in both the 12thMalaysia Plan and the 2022 budget. They complained loudly about the injustice of it all and protested the discriminatory approaches that premised both documents but then did little to oppose it. Both the 12MP and the budget (first reading) passed without much fuss. Even on other issues – the curb on alcohol sales and 4D lotteries, for example – the opposition failed to act decisively. It gives the impression of an opposition in disarray, outmanoeuvred at every turn by a prime minister who promises much but delivers just about nothing.
In many ways, the problem with PH has to do with leadership or the lack thereof. Anwar Ibrahim has simply failed to distinguish himself as a decisive leader. One would have thought that someone who has waited and planned so long for a shot at the top job would have hit the ground running. Instead, he has failed to offer voters a compelling vision, failed to articulate a coherent strategy to win power and failed to provide the leadership that is needed to position the opposition as a viable alternative.
Anwar put the blame for PH’s poor performance in Melaka on the propaganda put out by both UMNO and Perikatan Nasional that if PH ruled, the Chinese community would dominate the Malays. Why is he so surprised? After all, the Malay versus Chinese issue has been a staple of Malaysian politics for decades. The real issue is how is PH going to overcome this challenge? Thus far, they do not seem to have any answers and that is a huge problem going forward.
Internal differences are also beginning to sap PH of its vitality. While PH leaders put on a brave face in public, divisions between PKR and the DAP are growing. There was sharp disagreement over whether to accept party hoppers as candidates in the Melaka elections, with PKR and Amanah supporting their inclusion and the DAP adamantly opposed. They are now hopelessly divided on seat allocations for the Sarawak state election. 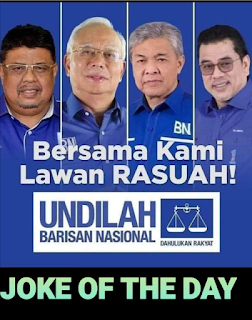 Statements by the likes of Ong Kian Min and Liew Chin Tong about what went wrong in Melaka and what should have been done are seen as criticism of Anwar’s leadership. More telling was the statement by Anthony Loke that PH “must stop saying that there is no one else besides Anwar or we will be stuck in a dead end”. It is an indication that many in the DAP are simply frustrated with Anwar – he won’t lead and he won’t step aside. The longer the DAP stays tethered to a leader who is now increasingly unelectable, the more the disgruntlement will grow.
Discontentment with Anwar’s leadership is also growing within his own party. PKR used to be about ‘reformasi’; now, no one is sure what its priorities are. The party badly needs to rejuvenate itself, but few expect it to happen for so long as Anwar remains.  Not a few potential leaders have opted to sit it out until Anwar leaves.
The DAP too is not without its problems. Anthony Loke’s statement on Anwar was met with a chorus of criticism from within his own party. Ronnie Liu who is a central executive committee member called it “dishonourable” while P. Ramasamy (also on the executive committee) described it as “premature and infantile adventurism”.
It suggests that the once solid unity within the DAP is fraying as a potential leadership battle shapes up. It is no secret that many second-echelon leaders in particular want Lim Guan Eng to step aside. The serious corruption charges he faces are a major distraction. But will the party be able to unite around Antony Loke, the presumptive heir-apparent?
All told, Pakatan Harapan’s future prospects do not appear to look good. If they cannot make headway at a time when so many voters are economically stressed, when discontentment with the prevailing situation is high, how could they ever hope to do well in GE15? And what does it say about their chances if they cannot successfully compete against a party still led by leaders struggling with a slew of corruption charges, if they cannot compete against a convicted felon?
Unless Pakatan Harapan can quickly reinvent itself, make itself relevant to a plurality of voters, GE15 may be lost already. Melaka should tell us that voters will not be energised and inspired to go out in sufficient numbers to vote – and vote for PH – if they cannot fathom what PH really stands for and how a vote for PH will make a real difference in their lives. Elections are always about choices; thus far the PH option is far from appealing. - Dennis Ignatius 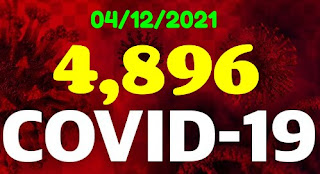