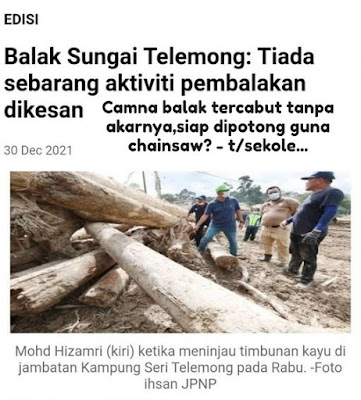 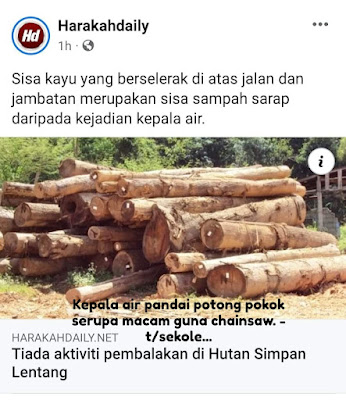 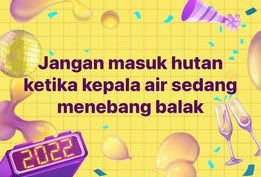 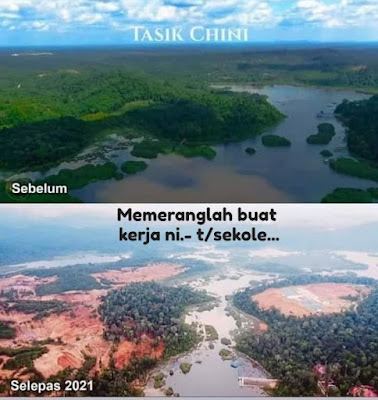 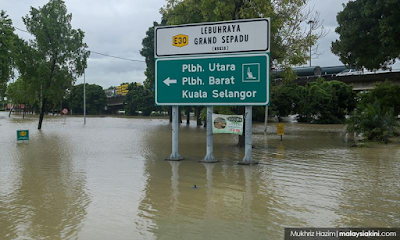 Yet another horrible year...
We thought 2020 was bad. Yet here we are, counting the last days of 2021 and not many can say that 2021 was any better. In fact, one could make a strong case to say that for Malaysia, 2021 was a worse year than 2020.
The year began with floods on the East Coast and it ended with even worse deluges in many parts of the peninsula, including in the Klang Valley. The government’s slow response to the worsening floods and insensitive and tone-deaf actions of many politicians have caused widespread anger, which has not abated.
Covid-19, especially the deadly Delta variant, ravaged the country. As it stands, 2.7 million people have been infected by the virus, and a vast majority of these cases occurred in 2021. Our current death toll stands at around 31,000 and again, most of these deaths occurred in 2021.
We were also subjected to lockdowns after lockdowns, with different variations and permutations and with ever-changing standard operating procedures (SOPs). There came a point where one SOP would be changed in a matter of days, causing confusion throughout the country.
These lockdowns have had a toll on the economic situation of the country, as well as the financial well-being of the people. At the same time, the movement control orders have also had a negative impact on the mental health of the populace. 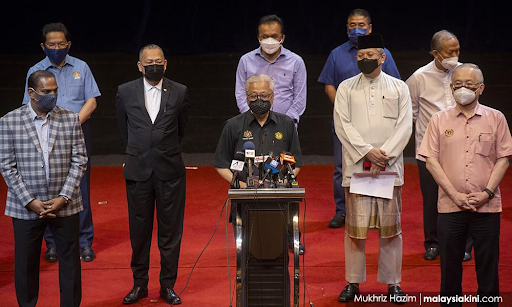 Political situation
The political situation also did not improve from 2020. Sheraton Move resulted in a new government and a new prime minister, yet the Muhyiddin Yassin-led Perikatan Nasional government was brought down when several Umno MPs revoked their support for the Bersatu president.
Muhyiddin was replaced by Umno’s Ismail Sabri Yaakob in August 2021, yet many of the ministers and deputy ministers from Muhyiddin’s administration were retained.
The same members of the administration were heavily criticised for their handling of the pandemic and were labelled as ‘Kerajaan Gagal’ (failed government) by segments of the populace.
It is little wonder that despite their own glowing review of their first 100 days in office, many remained sceptical of these ministers. It is also why the Ismail Sabri administration was not given any ‘honeymoon period’, and shortly after their 100 days, they were roundly lambasted for the current floods situation.
These are just some of the reasons why 2021 was another annus horribilis. Yet, despite all these, 2021 has also given us some cause to be hopeful. Silver lining
This year, Malaysians have shown that despite all our differences and fault lines, despite the tensions within our society, when it comes down to it, Malaysians will always put humanity first.
This could be seen during the Bendara Putih (white flag) period earlier this year. Some Malaysians were in dire need of help during the lockdown and had to fly the white flag as a sign that they needed urgent assistance. Other Malaysians quickly came to the rescue to give assistance to those in need.
Recently, Malaysians have again shown their willingness to aid their fellow countrymen and women. When the government failed to act fast to rescue many flood victims stranded because of the deluge, ordinary Malaysians launched their own search and rescue.
Malaysians then provided food, clothing and necessities to the flood victims, and helped to clean the houses after the waters receded. All done in the name of common humanity. Of course, this is not to deny the many, many instances of foreign nationals assisting Malaysians, as shown in the testimonies of many flood victims.
But the fact that the country can come together in times of crisis is the silver lining in this horrid year. As we go into another year with very little cause for celebration, any sliver of hope would certainly be welcomed.- Syahredzan Johan,mk

Our crumbling national institutions...
For an institution already struggling with integrity issues, the resignation of Professor Edmund Terence Gomez, a respected political economist and academic who sat on the MACC’s Consultation and Corruption Prevention Panel, was the final blow.
According to media reports, Gomez (pix,below) resigned after his numerous efforts to seek a proper investigation into allegations that MACC chief, Azam Baki, owns millions of ringgit worth of shares in a publicly listed company were rebuffed. Calls by opposition politicians and civil society groups for Azam to step aside and allow for a thorough investigation have also been met with stony silence.
It is not the only worrying sign that all is not well at the MACC. The mysterious disappearance of US$6.94 million confiscated in another case and held by the MACC has yet to be explained. Senior officers have also been implicated in crimes. As well, there have been persistent allegations that the MACC has allowed itself to be used as a political weapon against the government’s opponents.
Whichever way you look at it, the MACC now stands exposed as an institution bereft of credibility and integrity. It is hard to see how Malaysians can trust the MACC to do its job under the present circumstances. No doubt there are still many good officers within the agency, but poor leadership and an appalling disregard for integrity and honour have rendered the institution suspect in the eyes of the public. 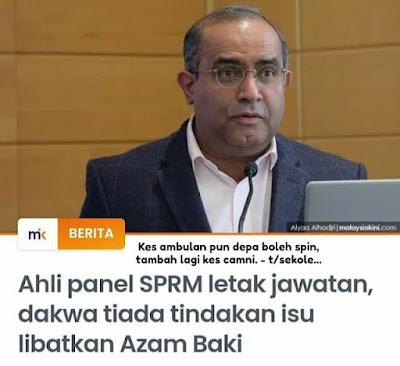 And it’s not just the MACC that has let Malaysians down. The MACC has not one but five independent oversight bodies and yet not a single one of them has demanded a thorough investigation into what is without doubt the biggest scandal the agency has faced thus far. What it tells us is that for the most part, these oversight bodies are staffed by yes-men and cronies who are reluctant to rock the boat, who do not have the courage to do the right thing.
When asked why he had not responded to Gomez’s calls for an urgent investigation, the head of the Consultation and Corruption Prevention Panel simply said that Gomez had not mentioned any alleged wrongdoings by the MACC chief. Did he really need to wait for someone to raise the issue with him given that the whole country has been talking about it for months? Did it not occur to him that at the very least, he has a moral responsibility as head of an oversight panel to demand answers?
But this is part of the problem; wrongdoing succeeds because many of those in positions of responsibility do nothing in the face of egregious wrongdoing. An insidious culture of tolerating unethical behaviour, of covering up wrongdoings, of overlooking abuse of power now predominates. The 1MDB scandal, for example, would never have occurred if the senior officials around former prime minister Najib Tun Razak had done their job and acted with integrity.
Azam Baki (pix,above) for one can learn something about honour and integrity from Gomez. Given the serious allegations that have been levelled against him, the honourable thing for him to do would have been to immediately step aside and defend himself against all the allegations. Silence, under such circumstances, is far from golden. But then such notions of honour, duty and public service are by and large distant memories now in our once vaunted public service.
Prime Minister Ismail Sabri’s inaction is even worse. By failing to act decisively, he has made a mockery of the government’s commitment to combatting corruption, upholding the rule of law and preserving the basic tenets of good governance. His silence and his inaction create the impression that the system is protecting its own, that they are all covering up for each other. It is a shameful dereliction of duty; a terrible example for the rest of the country.
Make no mistake: this is another black day for Malaysia. Yet another critical national institution is now mortally compromised. It is another sign that the whole legal and constitutional framework that holds our nation together, along with the whole system of checks and balances, is crumbling before our very eyes. If there is no respect for the law, if some are above and beyond its reach, if integrity matters little, if people in power can act with such impunity, then what are we if not a failed state?
In my recent book Paradise Lost: Mahathir and the End of Hope, I concluded that the war on corruption is over and we have lost. The MACC saga confirms that we no longer have the moral capacity or the political will to fight corruption; it is too deeply rooted, too widely accepted by those in power. We have lost our pride, our dignity, our honour. How has it come to this? - Dennis Ignatius 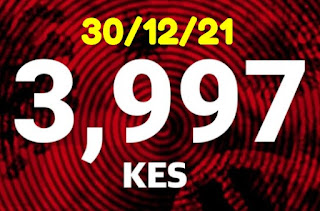