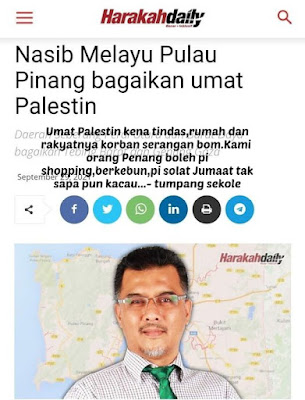 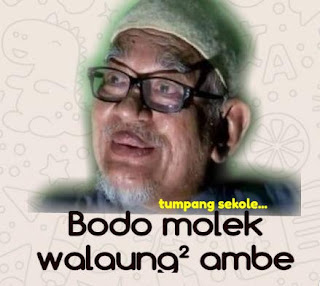 Port Dickson vs Kuala Krai
Lebai syiok dengaq angka2 cam tikam nombor toto...
How much does the average
minister cost the taxpayer?...
If there is one word to describe our ministers and MPs, it would be 'shameless'.Putrajaya has been tarnished by many scandals, but the latest revelation by Syed Saddiq Syed Abdul Rahman, over the swollen expenses claims by ministers and MPs, is an insult to the rakyat.
The political elites appear to have a breathtaking sense of privilege and entitlement, and it is disturbing to note that the culture of greed is rampant among our ministers and MPs. We want our MPs and ministers to have the resources to do a good job, but we are also worried about the ever-growing cost of politics.
Can't the political elite display a modicum of contrition? Many scandals have rocked the nation, but many MPs appear to be lining their own pockets and serving themselves at the expense of the rakyat. What happened to values? What happened to serving the public? One question needs to be asked: "How much is the taxpayer forking out to fund each MP?"
During the lockdown, many people were working from home. Did the MPs charge the taxpayers for increased electricity costs, such as their increased air-conditioning bills, for working remotely? Before the lockdown, lighting and houses being kept cool with fans or air-conditioning would just be for morning and evening use; but with many people working from home, these appliances will be necessary for most of the day. Does any company offer to pay the increased home-working costs of their employees?
MPs and ministers have the luxury of the rakyat paying for their increased utility bills, but most, if not all workers, will have to absorb these costs themselves. Syed Saddiq said that a cabinet member is paid RM50,000 a month. During this coronavirus pandemic, many people have lost their jobs or had their wages slashed. Why does the same not apply to MPs and ministers?
He also listed some of the other benefits which a minister receives. They include a lavish home in Putrajaya, a car, a driver, a licence plate that is worth hundreds of thousands of ringgit, an approved permit (AP) to import luxury cars and a plot of land in Putrajaya.
What is the reasoning behind the licence plate that is worth a lot of money? Why should the minister be given an AP? Why should he receive any land? How long have successive governments been generous with taxpayers' money? Why has no other minister or MP exposed this expenses scandal before? Did they keep quiet because one day, they hope to be at the receiving end?
Would an accountant be able to work out the total amount of money that the taxpayers have paid over the decades to these ministers? Will he provide the figures for each year, ever since this abhorrent practice was started? 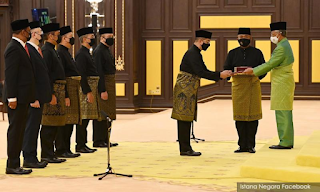 White flags have been raised
No wonder we see the same old, inefficient and gormless faces every five years. Why would anyone who does very little work, but who is still able to enjoy these benefits, give up the day job as a minister? If Malaysians were getting value for money from these ministers, then that is a different story altogether.
Syed Saddiq (pix,above) said that ministers could claim meal expenses and holiday allowances. Why should the taxpayer be further burdened, especially during this pandemic, when most if not all families are struggling to survive? Food prices have increased. Some people have flown the white flag because they cannot afford to buy food. Breadwinners are without a job. Many can't even pay their house rent or mortgage, but ministers get to enjoy luxurious benefits while everyone else is forced to tighten their belts.
What is the sense or logic behind the daft decision to pay holiday allowance to ministers? Their transport to and from work is at our expense, as are their meals, their holidays and their luxury cars. Are their home renovations, their furniture, their kitchen refurbishment, their children's education, their maids, their utility bills and their dress allowances also funded by the taxpayers?
A minimum of RM100,000 holiday allowance for married ministers is more than what most graduates earn per year. A down payment for a reasonable flat in Kuala Lumpur is probably less than this minimum travel allowance. The gratuity payments of RM1 million for ministers is both shocking and scandalous. Why should there be repeat gratuity payments each time a minister is reappointed? Why should non-performing politicians be given a ministerial status which qualifies them for these extremely generous gratuities?
The money paid out to ministers and MPs should be tabulated and itemised. It should chart the most expensive MP and what his claims were used for. Who is the MP who claimed the least? Did anyone charge for staffing and office costs? How much was spent on maintaining their office? Did these costs rise every year? What was the percentage increase? Were these costs above the rate of inflation?
The economy is suffering and the Treasury is running out of money. The pandemic is adding further strain on the public purse. Our MPs and ministers should limit their expense claims to show that they are in solidarity with the rakyat. Change the law to curb their excessive greed.- Mariam Mokhtar
How many Bumi folk really benefit from
51% equity in freight forwarding firms?...
Muar MP Syed Saddiq Syed Abdul Rahman today questioned the government’s plan to increase the Bumiputera stake in freight forwarding companies to 51 per cent under the 12th Malaysia Plan.The Opposition lawmaker expressed scepticism that raising the percentage would effectively translate to widening business ownership within the Bumiputera community.
Instead, he suggested that the move may benefit only the elite few rather than enrich the community at the expense of the other minority ethnic groups. “The reality is when we look at it, it is populist but it's not at all helping the poor Malays and it’s almost similar to the policies introduced in 2016,” he said in the Dewan Rakyat while debating the 12MP tabled by Prime Minister Datuk Seri Ismail Sabri Yaakob yesterday.
He pointed to past efforts to bolster Malay ownership in the tech retail sector under the Barisan Nasional government and named the introduction of the Mara digital malls to counter the establishment of Low Yat — a tech mall in the city centre that was perceived to be controlled by a particular racial community.
“But look at its impact today. Many Mara Digital Malls have stuttered, companies have shuttered. Who is now left in the lurch? Mara. When the money could have been allocated to help poor Malay youths by giving them scholarships to go abroad and then return to serve the nation,” he said.
Syed Saddiq was also alarmed at the policy of mandating the sale of assets belonging to government-linked companies (GLCs) and government-linked investment companies (GLICs) only to Bumiputeras.
He asked the government to explain how the policy uplifts small businesses, farmers and fishermen. “So, if this policy is continued, who is going to benefit? Cronies, family members or the rakyat who are suffering badly? This is such an unfair policy,” he said. 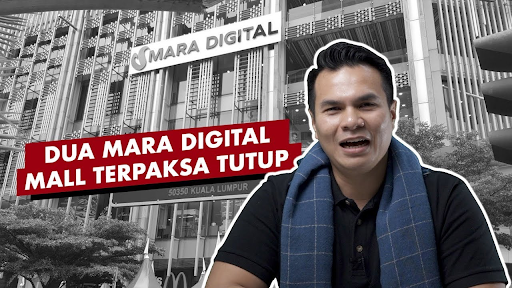 The former youth and sports minister asked the government if such a policy were fair to non-Bumiputera citizens. “This is because this pro-Bumiputera policy exemption is given to foreign companies,” he pointed out.
He noted that PM Ismail Sabri acknowledged that non-Malaysians held a 45.5 per cent equity in Malaysian businesses. “We are prioritising foreigners than our very own Malaysians just because they are not born into the Malay race and the Muslim faith,” he said in Parliament.
He urged the government to focus on capacity building as the best way forward. “I hope that the Opposition leader can urge the government. Do not find this coward’s way out as it hurts Malaysians and the development of Malaysia as a whole,” he added.
Earlier during the Minister’s Question Time (MQT), Finance Minister Datuk Seri Tengku Zafrul Abdul Aziz announced that the Finance Ministry (MOF) has recently extended for the second time, the exemption period for freight forwarders to meet the requirement of 51 per cent Bumiputera equity participation, until December 2022.
He explained that this was to allow the Bumiputera Agenda Steering Unit (Teraju) to assess in-depth the participation of the Bumiputera community members in the logistics industry, with other stakeholders.
Tengku Zafrul said that the findings of the study would be tabled to the Cabinet to determine the direction of Bumiputera participation in the logistics sector, to enable the industry’s continued growth.
He was responding to former transport minister and Seremban MP Anthony Loke, who asked if the government is prepared to review the said policy, as the existing regulations are difficult to implement. - MM 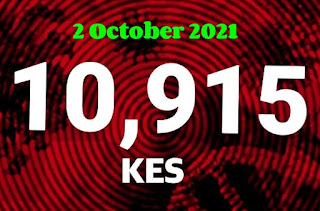